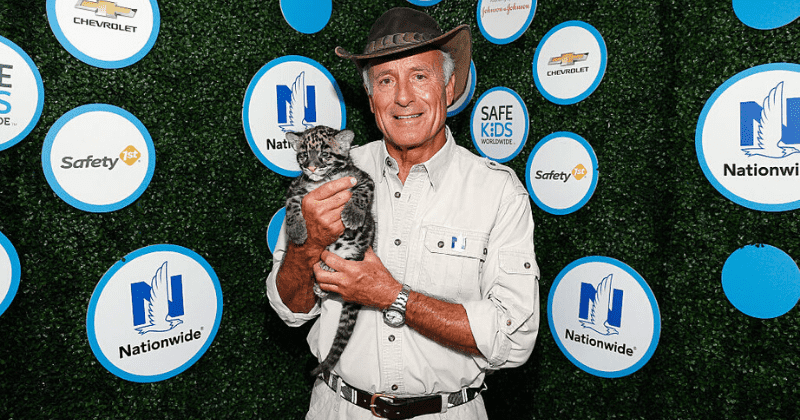 Jungle Jack Hanna, the wildlife conservationist, credited for changing the way zoos work is all set to retire from the Columbus Zoo and Aquarium, after serving for 42 years. According to 10tv, the zoo announced the news on Thursday morning in a statement and say he will serve his last day on December 31, 2020. Hanna, who rose to the public eye, through shows like Jack Hanna's Animal Adventures and Jack Hanna's Wild Countdown, served as the director and director emeritus at the Ohio zoo.  He also "authored 15 books, hosted several televisions series, has been the media’s 'go-to' wildlife correspondent and permeated pop culture while sharing amazing animals with audiences nationwide."

Speaking during the announcement, Hanna said, "As I approach my mid-70s with more than four decades at the Columbus Zoo, I believe it is time to wind down and officially step back while CEO Tom Stalf and the Zoo’s great leadership team continue to guide the Zoo into the future. Together with many friends and partners, we’ve come a long way to make the world a better place for people and wildlife!" To honor Hanna's dedication to the field, the zoo announced events to celebrate his involvement including Jack Hanna Weekend (October 3 and October 4) and Jack Hanna's Home for the Holidays (December 12).

The veteran first arrived in Ohio to study at Muskingum University but gradually progressed in the world of zoos. He was always an animal lover and had even brought his pet donkey to live with him in his fraternity house. He met his future wife, Suzi, at the university, whom he later married in 1968. Ten years after his education, a little known zoo in Columbus, Ohio asked him to serve as a director. Although the Hannas didn't expect to build a successful legacy, they did turn out to be in the best position to lead the zoo and aquarium as the 21st century approached. He said, "Suzi and I couldn’t be prouder to be a part of the Central Ohio community and Columbus Zoo and Aquarium family. Our 42 years at the Columbus Zoo have been the best of our lives—we’ve raised our daughters here and had the honor of revitalizing our Zoo alongside a great team while being advocates for wildlife worldwide. We look forward to supporting the Columbus Zoo for many years to come—while taking some much-needed downtime with our family along the way!"

Man I love Jungle Jack... I'm 37 and him and the Columbus zoo were such a big part of my childhood...
Such a Legend in Central Ohio

Thank you for all them years Jack!!!

Hanna took over the as the zoo's director in 1978 before moving onto become the director emeritus. Despite stepping back from his official duties to be with his family, the veteran is expected to continue the title of "director emeritus" while also being the zoo's "#1 fan." The zoo also announced the news on its Facebook page and thanked his work with a statement: "Jungle Jack Hanna has called the Columbus Zoo and Aquarium home since 1978, serving tirelessly as both director and director emeritus over his 42 years in Central Ohio. He has not only delighted and educated international television audiences during his countless media appearances but has also changed the role zoos play in their communities and beyond."

"And now, Jack Hanna is channeling his energy into a new role. The Columbus Zoo and Aquarium and the Hanna family are announcing Jack’s retirement at the end of the year. Out of respect for the many people whose lives the Hannas have touched, this news is being shared now to give the community ample time in the coming months to celebrate and thank Jack and Suzi. Jack’s career and leadership transformed the Zoo and set it on the course to be what it is today."