trending celebrity people lifestyle news animals
You Can Now Get Paid $1,000 To Watch All 10 Harry Potter Movies: Here's How

Although this task can be done in two days, the website notes that the chosen candidate can have up to four days to complete it. 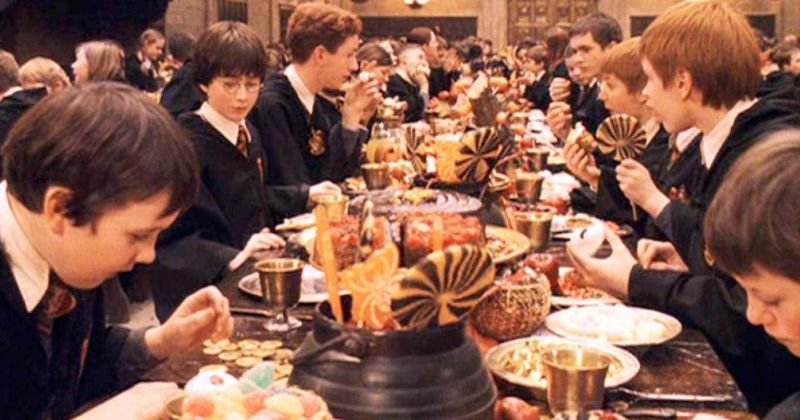 While it's not easy to find your dream job right around the (street) corner, you have a much better chance of it on the internet. Most of us are spending more time at home than we probably ever did since our childhood, so it might make sense to find new and innovative ways to progress financially while working indoors. Obviously, the most relaxing thing to do is to binge-watch our favorite movie or show but there's not really an income to be generated out of that. EDsmart, a college ranking website, however, has decided to change jus that.

If you're a Harry Potter fan, you better brace yourself as you might just get an amazing reason to rewatch all eight films (plus the two Fantastic Beasts movies). EDsmart is looking for eager individuals to binge-watch the entire Harry Potter Franchise (8+2). If you do so in the given time frame, you can receive up to $1,000 as well as $200 worth of HP merchandise, and Blu-Rays of the films. Among the merchandise is Harry Potter Butterbeer Carabel Corn & Containers, Harry Potter Jelly Gummy Candy Slugs, Bertie Botts Every Flavour Jelly Beans, and Chocolate Crispy Frogs (Bundle of 3), a Harry Potter Gryffindor snuggie, a Hogwarts Alumni Stainless Steel Insulated Tumbler, and a $100 GrubHub gift card.

"The person we’re looking for is not only a Harry Potter fan but also an active, outgoing social media personality who would be thrilled to live-tweet or live stream their Harry Potter & Fantastic Beasts movie marathon experience while tagging @getedsmart and/or #getedsmart,"  the website wrote. Those looking to avail this 'job' need to be 18 years of age, and eligible to work in the United States with an active social media profile. People who are hired simply need to sit down in their favorite locations and watch these movies while enjoying their favorite snacks.

HARRY POTTER: EDsmart announced this week that they will pay five people $41.50 an hour plus $1,000 to watch all eight Harry Potter films and the spin-off Fantastic Beasts movies. https://t.co/4oW8YtWi2c

Don’t worry, there are no weird worksheets or reports to fill out after you watch all the movies. All you gotta do is post their progress on their social media platform or live stream the entire season. After the marathon is complete, the website will allow you to rank each movie and post it online. The 10 required movies add up to just over 25 hours, which means the candidate will be paid just over $41 per hour, based on the $1,000 stipend.

MAGICAL OFFER⚡: EDsmart is looking to pay five people $1,000 each to watch every “Harry Potter” film, including the spin-off “Fantastic Beasts” films. https://t.co/paDey61PgW

We were super impressed by this idea. If you wanna try your luck, feel free to sign up for the chance to be a candidate on their website. "To be considered for this easy temp job, please fill the application below and tell us in approximately 200 words why you are one of the five magical Potter fans we seek," EDsmart wrote. Although this task can be done in two days, EDsmart notes on its website that the chosen candidate can have up to four days to complete it.

Harry Potter Fans Can Now Earn $1000 By Binging All The Movies https://t.co/O029cK62x6 Now, EDsmart, an online communication platform for education, has announced a marathon for Potterheads and asked them to join in. Five people will ...

In a remarkably similar initiative, EDsmart previously looked for a die-hard Star Wars fan to binge all 11 theatrical films from the Star Wars franchise, plus all episodes of the Disney Plus series The Mandalorian, for $1,000 plus a bunch of Star Wars swag and other prizes. “Most of the world is struggling with self-isolation and not having a normal routine–like we’re all living on Tatooine with nothing to do except fix our vaporators on our moisture farm,” it says on the EDsmart website. “So, in light of all that’s going on out there and in our homes, we’ve decided to pay up to five Jedi, Sith, or Wookie $1,000 each to watch every Star Wars movie and The Mandalorian series.”

EDsmart will pay you $41.50 an hour to binge-watch all the Harry Potter and Fantastic Beast movies during the coronavirus pandemic https://t.co/BLuB5jb3pY