The Tennessee zoo announced the passing of the 5-year-old red panda on Tuesday. 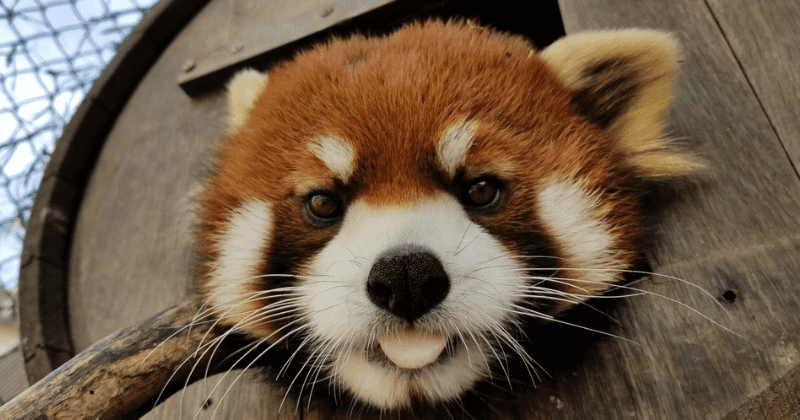 The Memphis Zoo lost one of its own earlier this week after their adoptee red panda Xing had to be euthanized. The Tennessee zoo announced the dreadful news on Tuesday in a post that conveyed the loss of a beautiful animal. Xing was 5 years old. In a Twitter statement, the zoo wrote: "We are saddened to announce that Xing, our red panda in CHINA [exhibit], was euthanized due to a rapidly progressive, irreversible neurological condition." The message was accompanied by a cheeky and cuddly photo of the magnificent furball, as per a People report. Xing was a unique being and was often described by his keepers as being a "shy animal often found in his exhibit's tree or air-conditioned den."

Zookeeper Susan, who took care of the red panda during his time at the zoo,  said: "He wanted to be sure you were deserving of his trust. I can’t even describe how thrilled I was the first time Xing came down from the trees to train with me." Xing had plenty of admirers within the zoo itself, besides the audience that would come up in droves to catch a glimpse of him. Some of the zookeepers describe him as being "an exceptionally handsome red panda", a claim which can be substantiated with a cursory look at his picture. He reportedly enjoyed gorging on frozen grapes.

We are saddened to announce that Xing, our red panda in CHINA, was euthanized due to a rapidly progressive, irreversible neurological condition. Described by his keepers, Xing was a shy animal often found in his exhibit's tree or air-conditioned den. #memphiszoo #redpanda pic.twitter.com/z0rcu0SziP

The zoo establishment was heartbroken by the furry boy's death. "Xing’s death is a significant loss for all of us here at Memphis Zoo, as well as the red panda population as he was a genetically valuable animal," the post added. The news wasn't well-received by people on social media, as netizens wrote messages of condolences and wished him well. MacSenRed wrote on Twitter: "Rest in peace Xing. Hope the little guys enjoying all you can eat frozen grapes in the clouds."  Monique wrote: "Oh no! He was a favorite of mine. So, so sorry to hear this." Jackie said: "What a tragic loss." People on Instagram also shared their thoughts on the sad news. User bigreadbaron recalled a visit to the zoo when they found the red pandas relaxing in their enclosure. The user wrote: "It’s amazing how little enclosure there is around them. I remember going to see them and one of them just chilling in a tree right over the walkway." Killhood Brockley wrote: "Ugh what a couple of rotten weeks for you guys - so so sorry."

"He wanted to be sure you were deserving of his trust," commented Zookeeper Susan. "I can’t even describe how thrilled I was the first time Xing came down from the trees to train with me."

The Memphis Zoo opened back in 1906 and is home to over 4,500 animals in total, as per its official website. Some of the interesting animals in the zoo include pandas, elephants, polar bears, tigers, penguins, grizzly bears, hippos, and exotic birds. A unique feature of the zoo is that it has exhibits divided into various categories based on their origins and the locations they're predominantly found in. The zoo began to display red pandas back in 1994 when the Cat Country exhibit opened. Currently, there is another red panda that lives at the zoo. Lucille, the other red panda, was born at the Bronx Zoo.

Aww. Sorry to see this. He was a favorite.