The Undertaker has announced his retirement in his latest WWE documentary called 'The Last Ride.' 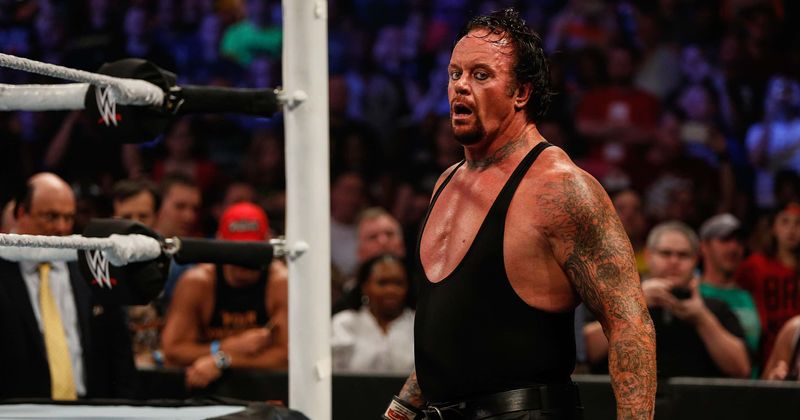 The Undertaker is one of the most influential figures in Wrestling Entertainment history who captivated the WWE Universe with his unmatched successes for more than two decades. After what is a truly glorious and eventful career in the Vince McMahon-led franchise, Mark Calaway has officially decided to hang up his boots. The legend took this seemingly unexpected decision and announced it to the world in the final episode of The Last Ride, reports Screen Rant. Calaway, known by his ubiquitous stage name The Undertaker, has served the franchise for close to thirty years, after making his debut at WWE's pay-per-view Survivor Series back in November 1990. His mythical persona, characterized as "Deadman", has put himself in the highest echelons of WWF and the subsequent rebranded WWE and is especially lauded for his longevity, in terms of his career and also for being a consistent fan favorite.

In recent years, however, Calaway distanced himself from regular showdowns and instead took part in Championship or exclusive events such as the Hell In A Cell and Super ShowDown, among others, and faced leading stars like Goldberg, John Cena, Brock Lesnar, and the like. The announcement was made on WWE's five-part documentary series The Last Rider, which documents the veteran's career from 2017's WrestleMania to this year’s WrestleMania event, in which he wrestled AJ Styles in a cinematic Boneyard match. Like most of his appearances, the latest event also generated rave reviews from both fans and critics and only cemented his legend in the WWE lore.

"I'm good to walk away ... when we started this whole thing, I wasn't."#TheLastRide @undertaker pic.twitter.com/l5ovjfBkOK

According to Screen Rant, the docuseries gives us an in-depth look at Undertaker's struggle as he wrestles with himself to announce his decision to retire while chasing the "perfect" retirement. After much consternation, the superstar may have finally decided to call time on his career. The news was relayed to the WWE Universe as the 6-foot-10 inch giant shared a video from his documentary's final episode on Twitter. "You can never appreciate how long the road was until you’ve driven to the end." Although WWE stars flit in and out of retirement as part of their storyline, this particular one felt like a proverbial nail in the coffin. "This time the cowboy really rides away,” the 55-year-old wrote.

"I did things my way, and I'm gonna leave my way."#TheLastRide @undertaker pic.twitter.com/Qy0Qfxk3zL

Over the course of his expansive career, The Undertaker has won the World Heavy Weight title three times and the World Wrestling Champion four times. He was especially popular for pairing up with Kane to form the one-half of the "Brothers of Destruction" duo since 1997 during which they wreaked havoc on all their competitors. Besides the wrestling career, Taker also has featured in a few movies and television series including Poltergeist: The Legacy, Downtown, Suburban Commando, and Celebrity Deathmatch among others.

Fans of the legend took to Twitter to bid their fave adieu for providing great entertainment value for much of their lives. Clifton wrote: "I was 8 years old when Undertaker debuted, I am 38 now. Undertaker is and will always be the greatest of all time to me. Taker you was childhood, teenage years and adult years. Thank you so much for all you have done for us fans." Erry Erick shared the experience of watching Taker for the first time 16 years ago and wrote: "16 years ago when I first watched a wrestling match, it was of the @undertaker and since then I have been entertained by this character. It's unfortunate for the future wrestling generation who have not had the pleasure."

Every @WWE Superstar looks to make ‘moments.’ From the character, the performance, and non-stop dedication to craft, @Undertaker has done it for over 30 years. Excited to watch the final part of #TheLastRide on @WWENetwork. https://t.co/eE13NBZQBV

Finished watching the final chapter of @undertaker - The Last Ride. What a tremendous documentary from beginning to end. It's probably the BEST documentary I've ever watched. I've been a fan of the Undertaker since 1999. I was six years old. Now 26. Thank U Taker, for everything. pic.twitter.com/xlkbWkbYhr

For nearly 30 years, The Undertaker has entertained us when we needed entertainment. Never went to another company. He stayed loyal to the WWE. If this is truly his last match then it was the best damn way to finish off a HoF career. #TheLastRide #thankyoutaker pic.twitter.com/gs7i3kdMjC