According to the 20-year-old, the doctor allegedly did not tell her mother to take a supplement that could have warded off the condition. 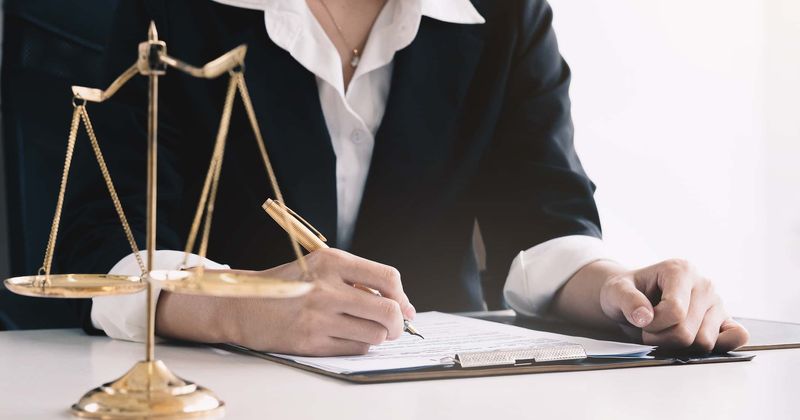 A 20-year-old woman is suing her mother's GP for allowing her to be born. Evie Toombes from Skegness, Lincolnshire was born with spina bifida: a condition where the baby's spine and spinal cord don't form properly. The CDC explains: Spina bifida happens in the first few weeks of pregnancy, often before a woman knows she’s pregnant. Although folic acid is not a guarantee that a woman will have a healthy pregnancy, taking folic acid can help reduce a woman’s risk of having a pregnancy affected by spina bifida. Because half of all pregnancies in the United States are unplanned, it is important that all women who can become pregnant take 400 mcg of folic acid daily.

According to Evie, her mother Caroline had gone to see Dr. Philip Mitchell in 2001 before the pregnancy. The doctor allegedly failed to discuss the importance of taking folic acid to prevent the condition, despite discussing the nutrients required during the consultation, reports The Daily Mail. However, Dr. Mitchell denies liability, claiming he gave Caroline "reasonable advice".

Road trips are always better with four legged friends ❤️
Also very puffy in my face from fluids being retained…feels like I’ve been stung by a bee!🙈🐝 #doglove pic.twitter.com/NYcYnaTG4y

Evie said that if it were not for the "negligence" of the doctor, she would never have been born, and "her damage and disability are due to this". She is suing the doctor for millions in damages in order to cover the increased expenses that come with leading a disabled life. Her barrister, Susan Rodway QC said that if Caroline, now 50, had put off getting pregnant, she would have had a "normal, healthy" baby - but one who was a "genetically different person" to Evie. "This was a very precious decision to start a family, because she herself had lost her parents when she was young. They had been refraining from sexual intercourse until after they had received advice at this consultation," the attorney told the judge. Caroline shared her account of the story to the judge saying, "He told me it was not necessary. I was advised that if I had a good diet previously, I would not have to take folic acid." Susan Rodway QC added, "It is her evidence she would have read up on it and wouldn't have attempted to become pregnant until she was satisfied that she had protected herself as much as possible."

We’re ready for the National Para championship class! Didn’t think we’d even make it to the show a few days ago😅
🤞🏼🤞🏼🤞🏼🤞🏼 pic.twitter.com/H9fbwGbihB

The CDC noted that "Spina bifida can range from mild to severe. Some people may have little to no disability. Other people may be limited in the way they move or function. Some people may even be paralyzed or unable to walk or move parts of their body." According to LADBible, Evie has a career in showjumping and competes against both able-bodied and disabled riders. She even appeared on ITV's show Hidden Disabilities: What's The Truth? and also met Harry and Meghan Markle in 2018 after winning the Inspiration Young Person Award at a charity event.

7.30 this evening, right now on @ITV @ITVTonight - see you there!
Thank you for the incredible support already - it means so much! pic.twitter.com/EjfCJtYSJV

After her birth in November 2001, Evie was diagnosed with lipomylomeningocoele (LMM), a form of neural tube defect to the spine leading to permanent disability. Her condition causes her to be connected to tubes for up to 24 hours a day sometimes. Her movement is also becoming limited as time passes and she will likely need a wheelchair when she's older. Despite the hardships, she continues to educate young kids about invisible illnesses and works at Nottingham University. According to her own website, she describes her motto in life as: "Find a way, not an excuse." She also wrote: I was born with a form of spina bifida...but having a passion in life gives me purpose and direction.

🚨 - A woman is suing her mum's GP for millions of pounds for allowing her to be born. pic.twitter.com/SDO9FYCQ5I