After ignoring her health for years, Micetich realized that it was time to make an extreme change in her lifestyle, especially her diet, if she wanted to live a healthy and youthful life. 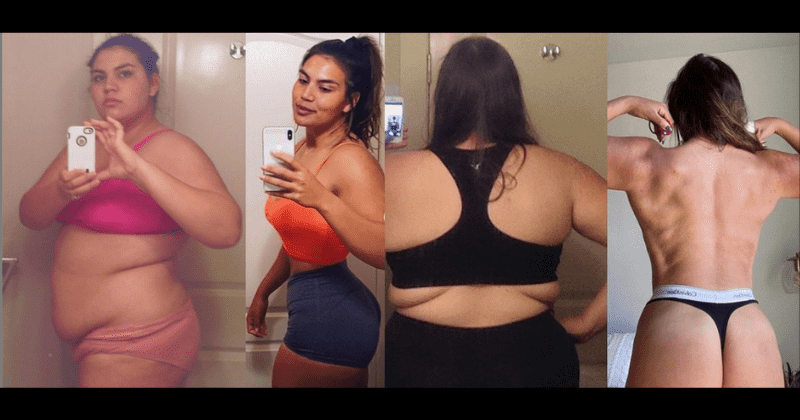 By the time Laura Micetich was 22, she weighed more than 300 pounds and her body had become a host to numerous health issues ranging from high blood pressure to hyperthyroidism and prediabetes. After ignoring her health for years, Micetich realized that it was time to make an extreme change in her lifestyle, especially her diet, if she wanted to live a healthy and youthful life. The teacher from Tennesse also wanted to set an example for her students and first thought about achieving her goal by undergoing a weight reduction surgery. But before that could happen, she discovered her affinity for weight lifting and healthy living thus decided to take the lengthy and natural route.

"What initially began because of consideration for weight loss surgery quickly grew into an intense love of health, fitness and nutrition," she wrote on her website according to Bored Panda. "I started by going to the gym, lifting weights, and eating a healthy diet tailored to my body’s needs. It only took a few weeks for me to realize that I didn’t need to go under the knife. I needed to get under the bar." According to Trimmed & Toned she "downloaded Jillian Michaels’ weight-tracking app and sweated to her YouTube videos" in an effort to bring her weight down to a safer range. In just three years her weight dropped to 190 pounds.

Although it may sound simple, the transformation is far from it as it required intense hard work and a lot of discipline to get the desired results. "At first, I could barely get through half a video, but as I became stronger, I could go for longer. I also noticed I had fewer aches and pains. In the spring of 2014, while completing a second degree, I began taking advantage of the campus gym. By May, not only had I stopped dreading those workouts, but I was down more than 20 pounds. I decided to nix the surgery and continue pushing hard toward my goal," she shared.

Micetich says she also directed her attention towards her eating habits. "I just adjusted my diet. I ate lots of clean foods and removed all starches and processed sugars. I stopped eating out. I stopped getting takeout. I stopped buying junk at the grocery store. I stopped having alcoholic drinks with friends. I stopped binging on crap. That was it," she revealed, adding that her secret binging was to blame for her weight gain. Although her father was a doctor who prepared healthy meals for the family, Micetich would end up snacking more than just her meals. "I would go to the fridge and find something I needed – it was a bit of addiction. It wasn’t emotional eating, it was just something I did," she added.

Now, she goes by the name - The Iron Giantess on Instagram and through this account, she shares her amazing weight loss journey with her 393,000 followers. Micetich is now helping others realize that they too can get fit if they dedicatedly try to do so. She explained how the overwhelmingly positive response from her followers has helped her immensely. "At first I prayed no one would find my account as I am not really a social media girl. But documenting my journey played a huge role of getting me fit as there was community to support and encourage me and vice versa," she said.

Take a look at the inspiring transformation pictures below: