Dalia Jiminez, 20 from Grand Prairie, Texas was charged with a count of a felony for injuring a child. The 5-year-old girl suffered first and second-degree burns told police she was hit by a belt before she was burned. 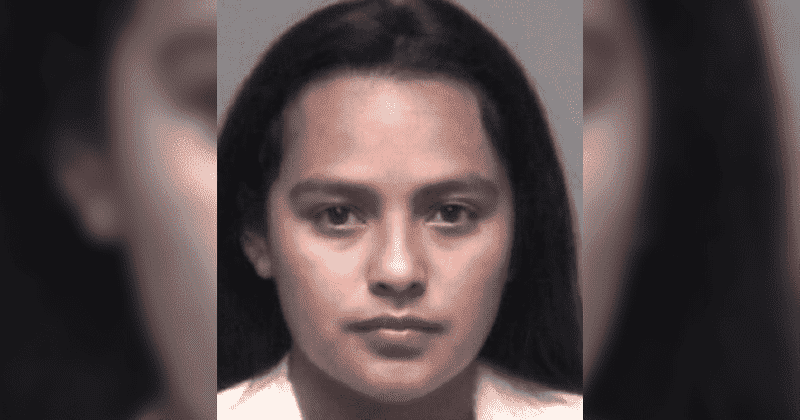 A woman in Grand Prairie, Texas burned her stepdaughter's face and parts of her body using rubbing alcohol as a punishment for yelling and misbehaving. Dalia Jimenez, 20, faces a felony charge for injuring a child according to the police. The girl's biological father was not present at the time of the incident but shockingly did not take her to the hospital despite finding about it later, a Grand Prairie police detective, Greg Parker, who investigated the case said.  The incident took place back on May 13, when deputies investigated a 911 call about a 5-year-old girl being burned and needed immediate medical attention reports WFAA.

The 911 call came from Jiminez's neighbor and her family who resided in the same apartment complex. It was revealed that the poor girl was burned two days prior to the call. Police officers who arrived at Jiminez's apartment complex discovered first and second degree burns on the girl. Parker said, "There were burns on both sides of her cheeks, down below her jawline, and small burns on her shoulders as well." When confronted about the injuries, Jimenez told detectives that it was a result of an accident.

She said that the girl had tried to light a candle and had burned herself in the process on May 11, police said. There were, however, inconsistencies not just in her story but also in the manner in which the little girl sustained her injuries. When the detectives interviewed the girl, she revealed that she was abused at the hands of her so-called protectors. She said it was her stepmother who had caused the injuries rather than it being an accident Investigators who interviewed Jiminez subsequently found a number of holes in Jiminez's version of events and broke down upon soon further questioning.

The 5-year old was later treated at the Children's Medical Center Dallas and Parkland Hospital for her grave injuries. In a statement, the Grand Prairie police said, that Jiminez "ultimately confessed to detectives that she intentionally poured rubbing alcohol on the child's face and used a lighter to set the alcohol on fire. She said she lit the child on fire to punish her for yelling." Besides the present injuries, the child further told the police that she was regularly subjected to physical abuse from her stepmother. She told the police about being beaten with a belt before she was set on fire, Parker said at a press conference.

In 2018, it was also found that Jimenez and the father of the child were investigated for a broken arm that the girl had suffered. Besides the 5-year-old girl, Jiminez also has another child. Soon after the incident, the Child Protective Services removed the 5-year-old girl and her younger sibling. The police emphasized that the girl and her sibling are now safe with family.  Jimenez is out of jail after paying the bond. The 5-year-old has was raised by Jimenez since she was a baby.