A woman walking down a street ruthlessly attacked a young child with no motive. She was arrested the next morning. 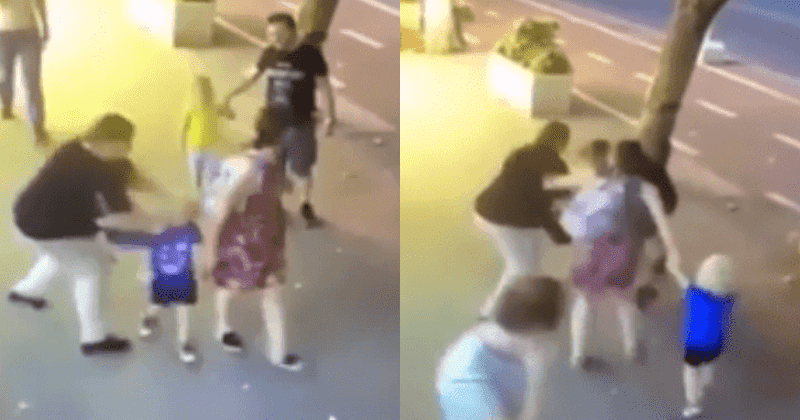 Distressing footage captured on Pekini Street in Tbilisi, Georgia, displays a family walking down a street when a woman approaches the younger child and promptly stabs him. After stabbing the young child, she swiftly walks forward, then comes back to attack the second, older child before their parent moves them out of the way. Since the incident took place, the woman has been identified and arrested. She could, according to officials, face anywhere between five to seven years in prison. The family has no idea who the woman was or what her intentions were, The Sun reports.

The CCTV footage was captured by a nearby pharmacy located on the same street. The woman approached the child, pulled a knife from her purse, and swiped the knife across the young boy's face. At the time, the 51-year-old woman had managed to escape from the scene of the crime. However, the next morning, police officials nabbed and arrested her. Meanwhile, the traumatized child was immediately rushed to the hospital by an ambulance. He underwent surgery and will remain in the hospital until his condition improves. The three-year-old suffered deep cuts across his nose and cheeks.

The footage surfaced on discussion website Reddit, where users expressed their shock regarding the incident. NeuromanticDreams commented: How the f*ck does she get away? What the f*ck, man? She just f*ckin' stabbed your kid? Literally everyone [was] watching her walk away. Ayelasoul claimed: I can just imagine the adrenaline going through me if that happened to me. I wouldn’t have [given] a f*ck if she had a knife. Would’ve [gone] straight through that b*tch. Chicaburrita noted: Everyone [is] talking crap about the dad but the lady had a f*cking knife and his son was just stabbed. Adrenaline does crazy stuff and he was probably concerned about his kid, the only way for him to act [at] the moment was [to] put himself between them. I understand why he acted that way and I'm sure it will haunt him for life. The only one that we should hate on is the cow, not the father who is also a victim. Thankfully, the perpetrator has been arrested and faces up to seven years in prison if convicted.