Woman Murders Pregnant Mother, Cuts Baby Out Of Her Womb & Claims As Her's

The suspect, 27-year-old Taylor Parker, and the victim, Reagan Simmons-Hancock, 21 were Facebook pals and had met a few times 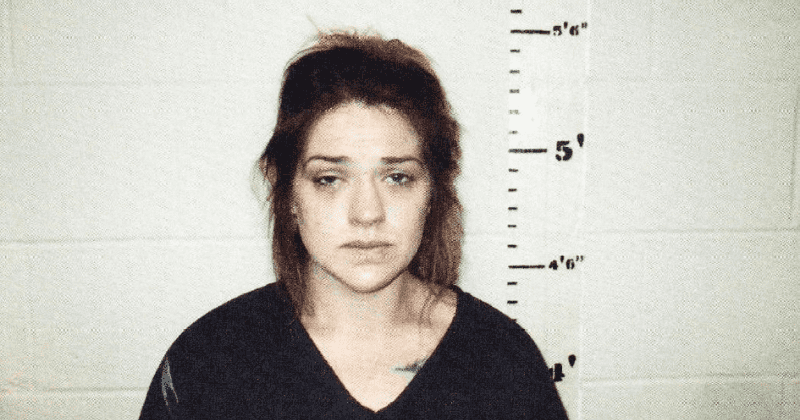 Trigger Warning: The story contains graphic details of a murder that readers may find disturbing

A pregnant Texas woman was killed and her baby was taken out of her womb by another woman who was known to her. The murderer, 27-year-old Taylor Parker, had been invited to the victim's engagement ceremony, last year and had taken several pictures of them and uploaded the same on social media. But little did Reagan Simmons-Hancock, 21 know that Parker was going to ultimately kill her. A Texas State Tropper pulled over a speeding car driven by Parker on October 9 near McCurtain County, Oklahoma reports News9. She told him she just had had a baby, although the infant did not seem to breathe. They were then taken to a nearby hospital in an ambulance. The baby was declared deceased on arrival. While there, doctors got suspicious and contacted law enforcement. The sordid details of the case then unraveled.

Police say Taylor Parker allegedly attacked 21-year-old Reagan Simmons-Hancock and forcibly removed the baby from her womb and showed up at a hospital in Oklahoma with the fetus https://t.co/aqJhh6zA93

An investigation was carried out by the Oklahoma State Bureau of Investigation (OSBI) and a report found that the baby had been cut out of her mother. Brook Arbeitman, an agent with the OSBI said, "The OSBI was requested by the Idabel Police Department to assist with an investigation that involved a young woman showing up at McCurtian Memorial Hospital with a newborn baby that she said she had just had on the side of the road in Texas." Simmons-Hancock's family members said they had reported finding her murdered at her New Boston, Texas Home. She had reportedly revealed she was due November 10 in a social media post. Measures are also being taken to extradite Taylor to Texas where she will face charges of murder reports KSLA. She is presently at the Idabel City jail.

Parker, who is a resident of Simms in Texas appeared before a judge at the McCurtain County District Court in Idabel, Oklahoma on October 13. She faces two counts of murder and one count of kidnapping, according to OSBI. Deputies of Bowie County in Texas are on standby waiting to hear when they can get Parker. According to The Daily Beast, Taylor and victim were Facebook friends and had met a few times. The baby was to be named Braxlynn. Simmons-Hancock's mother, Jessica Brookes said,  "Everybody says you can have memories. Well, you don’t want to just have memories. You want to have your baby. And we never got to meet Braxlynn. We’re in pieces. I’d never wish this on anyone.” Brookes and her daughter were very close. “If you were her friend, if you were someone she trusted, she loved you with all of her heart,” said Brookes.

She added, "She wanted to help everybody she could. She had the funniest attitude. She could be rough and tough and give the guys the best of it. Other times, she could be sweet and gentle. She was the best mother anyone could ask for. I was so proud of the mother she turned out to be.” The victim and her husband Homer had married last year and bought their house. She worked at the Flying Burger & Seafood in Texarkana while Homer worked as a jail guard, then moved to a landscaping firm and finally a trucking center. The victim's mom said her daughter and her husband were hard workers. “They worked so hard to have what they had. She never quit working. She didn’t call in sick. The only time she missed work was when she had a doctor’s appointment,” said Brookes. Simmons-Hancock also had a young sister, a stepbrother, and a stepsister.

Fundraisers have been started for the deceased's family. One at Facebook and another via Paypal which read, "We are trying to raise money for Homer and their daughter. Homer has been around racing for many years and is the man behind our outlaw lawn care. Let’s rally together and raise enough money to take any stress off him for any and all expenses that will occur."