The incident occurred in Stoke-On-Trent UK where the boy and father died within a week of each other. 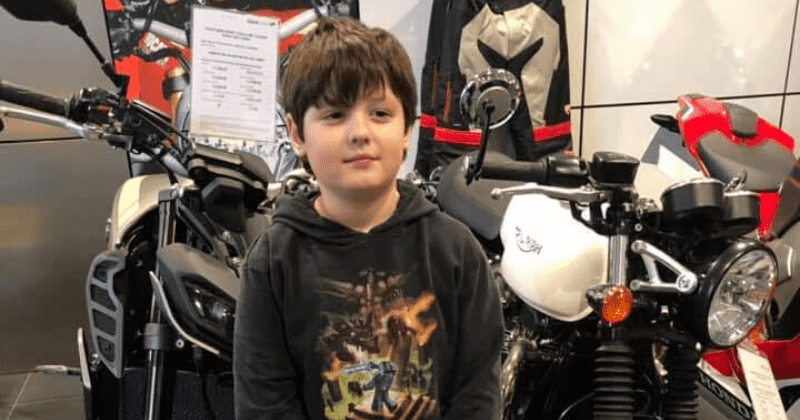 In a tragic double blow, a mother has been left devastated after her ex-husband committed suicide a week after their son died because of an undiagnosed brain tumor that was misdiagnosed as coronavirus. Abby Bartlett revealed her heartbreaking story in which her loving family was taken from her in a span of a week, reports the Daily Mail.  Corey Bartlett, a once healthy seven-year-old boy came down with a high-temperature. Things got so bad, he collapsed on the bathroom floor and was soon flown into a hospital on June 24 but he didn't survive. Later, a post mortem report revealed that a mass was pressing against his brain and that further tests had to be run to understand the scope of the issue.

Father 'kills himself' days after his son, 7, died from an undiagnosed brain tumour https://t.co/yBl1kNZXcY

Bartlett, 43, who lived at Burslem, Stoke-on-Trent, UK, then received a call from the police saying her ex, the boy's father Michael Bartlett, 46, had been found dead. And now, the bereaved mother must stay strong for her older son, Ryan 11. After further reports arrived, the boy's mother was told that he had an undiagnosed brain tumor, even though Bartlett recollects that he didn't suffer from any headaches. Corey had fallen ill just four days before his death and medical professionals suspected that he had coronavirus but he tested negative.

Speaking to Stoke Sentinel, Bartlett said: "It was a ticking time bomb. It was totally unexpected. It was such a shock to find out as Corey was such a healthy fit young boy. He was a really active child. He had his appendix out but that's the only time he'd been ill. The only difference recently was that his behavior had become more challenging. I'd taken him to the pediatrician as he'd been lashing out but they said he was fine. They just shrugged it off. One minute he would be OK but then the next he would lash out and swear." When his mom asked him what the issue was. he wouldn't have a proper response. "When you asked him what was wrong he would say 'I don't know, mummy,'" Bartlett said. "He was definitely stressed about it."

Bartlett now wants to know whether it was a malignant or benign tumor that Corey had. However, the medical team revealed that it could take at least five to six weeks for her to know the answers she's looking for. "I have a lot of unanswered questions," she said. She had recently moved to Stoke-On-Trent from Wiltshire and her two sons were expected to join her in the coming weeks. But, disaster struck before it could happen. Bartlett even set up a GoFundMe campaign to help raise money for the funeral expenses. The page has so far received £1,150 ($1,444) against the £500 ($623) target.

She wrote: "My son Corey sadly passed away the 24th June 2020  he was only 7 years old and my baby boy. Things are still so very raw but I would like Corey to have an amazing send off to be with his daddy. Any help would be incredibly valuable as I would love to have flowers also in the shape of a motorbike that was a big favorite of his." Meanwhile, Ryan, Corey's older brother is said to be "in pieces" after the loss of his little sibling, Bartlett revealed before continuing that she wouldn't wish her fate on her worst enemy. Bartlett had lost her mother less than a year ago while on a holiday in Turkey after choking on a Turkish Delight. She now wants to hold a joint funeral for the father-and-son duo, who she says loved each other very much.