Corinna Smith was initially charged with grievous bodily harm but after Michael Baines' death, she was charged with murder. 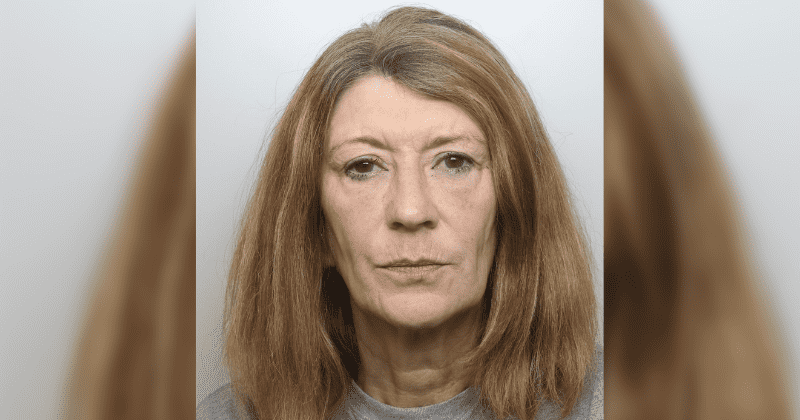 Trigger Warning: This article contains graphic details of murder that may be distressing to readers

A woman can be your best friend but when you mess with her children she could be your worst enemy. 80-year-old Michael Baines learned this the hard way after his wife discovered he had sexually assaulted her two children. 56-year-old Corinna Smith reportedly boiled a mixture of water and three bags of sugar and poured it on Baines while he was asleep. The scorching liquid ended up burning one-third of the man's body and weeks later he succumbed to his injuries. Per Cheshire Police, Smith seemed very troubled a day before the attack. She was apparently very upset and angry at a rumor about her husband that she believed was true. The following day, she dumped the mixture on her partner and went to a nearby house, and banged on their door saying, "I’ve hurt him really bad, I think I’ve killed him." Hearing this, the occupants immediately called an ambulance and the police.

Smith was initially charged with grievous bodily harm but after Baines' death, she was charged with murder. Describing the death as "cruel" detective Chief Inspector Paul Hughes, from Cheshire Constabulary’s Major Crime Directorate, said, "Smith killed her husband Michael in such a painful and cruel way. To throw boiling water over someone when they are asleep is absolutely horrific. To also mix three bags of sugar with the water showed the determination she had to cause serious harm. The sugar placed into the water makes it vicious. It becomes thicker and stickier and sinks into the skin better. It left Michael in agony and rather than call the emergency services she wasted time by going to a house nine doors away to tell a neighbor, who she wasn’t close to, what she had done. Michael was an elderly man who fought for his life after the attack but sadly in the end he passed away. My thoughts continue to be with his family at this incredibly difficult time."

Woman found guilty of murder after pouring a mixture of boiling water and sugar on her husband while he was asleep.https://t.co/i7CeAxd3OZ

During a proceeding at Chester Crown Court, it was revealed that Smith was furious after her daughter claimed that Baines had sexually abused her and her brother. Per Liverpool Echo, the girl noted that the man had been abusing them "for many years when they were children." Smith's son Craig had been imprisoned for an assault previously after which he killed himself in 2007. Before his death, he told his mother that the man he attacked was a "pedophile" who had "touched him sexually." Then on the day, Smith's daughter opened up, she began connecting the dots and was left absolutely livid. "You found it difficult to take everything in, but made the connection between what Craig had said the day before he died and what your daughter was telling you. You were understandably very upset. You were described as being livid and fuming at the thought of what had been done to your children," said Judge Amanda Yip, QC.

JAILED | Corinna Smith has been sentenced to life imprisonment and told she will serve a minimum of 12 years in prison for murdering her husband. The 56-year-old poured boiling water, laced with sugar, over him while he slept at his home in #Neston 👉 https://t.co/gqIZMCy2po pic.twitter.com/3CAlu778oo

"We cannot and do not say whether these allegations made about Michael Baines are true or not....but that is not the issue for you in this case because the prosecution certainly accepts that these allegations were made and that Corinna Baines believed them to be true at the time that she caused the fatal injuries to Michael," noted prosecutors. Smith, a resident of Highfield Road in Neston, was ultimately sentenced to life imprisonment and will serve a minimum of 12 years in prison.