The dog's owner pleaded guilty of trying to harm the dog, in a court hearing last month 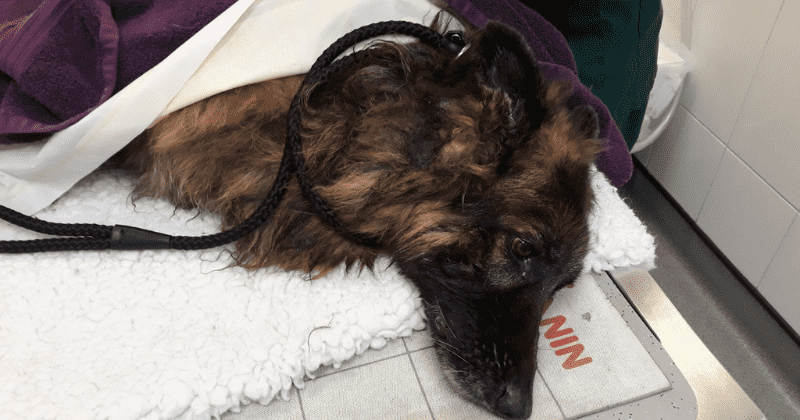 Trigger Warning: The story has details of animal cruelty that readers may find disturbing

A woman in the UK who saw a dog drowning in the freezing river didn't hesitate even for a second and jumped in to save the animal. Later, she realized the dog had been deliberately thrown into the river in Farndon, Nottinghamshire with a huge rock put in a bag and attached to its leash. Whoever threw the dog in wanted it to drown and die. But luckily for the animal, help was near in the form of Jane Harper. The Belgian Shepherd was taken to a vet by the local police for a quick checkup and then to an animal shelter. She was named Bella. Meanwhile, the dog's owner was found guilty of trying to get rid of the dog in a hearing last month for the January 6 incident reports the Daily Mail.

This is absolutely heartbreaking.
Poor Bella. The woman who rescued her deserve a medal.
Passer-by saves Belgian Shepherd that woman tried to drown https://t.co/XSjWwDAnX7 via @MailOnline

The dog's owner named Charlene Latham, 31, of Newark, appeared at Nottingham Magistrates' Court and pleaded guilty to causing unnecessary suffering to Bella. Though she was released on bail, she has to return for her next hearing on March 8, 2021, along with another person, a 32-year-old man who, too, denied the charge. During her walk, Harper noticed the dog bobbing in the water. Harper said, "The water was so murky, I couldn't pull her out. I saw a lead wrapped around her leg, and a blue line that was leading down to something submerged. I got my arm underneath her and tried to lift her up. I imagine she literally fought to get her head above water and managed to rest it on a step."

A woman admitted she attempted to drown a dog after it was found in a river being dragged down by a huge rock tied to its lead.

Charlene Latham, 31, of Newark, pleaded guilty to causing unnecessary suffering to a protected animal at Nottingham Magistrates’ Court on November 23.

She asked, "How could anyone do this to her? I don't know how long she had been in the water but I don't think she could have survived much longer. It was just so cruel." Rob Griffin, the Chief Superintendent Nottinghamshire Police, said: "This was a highly emotive incident that was understandably very shocking to the public. Thankfully Bella is reported to be doing well and is in very good hands. Animal cruelty is totally unacceptable and we will always support our colleagues in the RSPCA in whatever we can in their investigations." A spokesperson for RSPCA spoke at the time of the incident and said, "We are working with police following reports of a dog in the River Trent in Farndon with a carrier bag attached to her lead with a rock inside. Luckily a member of the public came across the Belgian Shepherd dog and was able to save her."

Why's it taking such a long time to sentence the evil woman, this happened back in January?! 😠

He added, "We have found the dog was microchipped in 2010 and her name is Bella and she is aged 10." Sadly, this is not the first instance of animal cruelty. We had earlier reported where a woman in Florida drowned her dog in the bathtub. Her reason for the cruel killing: her dog could not stop barking. The woman, 43-year-old Margaret Kinsella, had been struggling with depression and trying to cope with the loss of her family members, was been charged with animal cruelty. The incident took place back on November 5, 2019, when a local maintenance person visited Kinsella's house. He saw her take her dog out of the kennel and go with it for a walk. The two then returned home.

A Florida woman drowned her dog in the bathtub for barking too much, police say. She faces felony animal cruelty https://t.co/z05WBNJfYQ

The person told the cops he heard crying noises from the bathroom. Kinsella had taken her adult brown Labrador into the bathroom after they came back home. From the closed door, he said he could hear the screams of not only the dog but even Kinsella. He felt compelled to go to the door and to ask Kinsella if she needed help. He told the police that she refused his help. Things took a turn for the worst a little later because the man heard the screams becoming even louder, and he intervened, only to find the lifeless body of the poor dog in the bathtub.