The 37-year-old tried to get pregnant for years before accepting that she never would. Until she did. 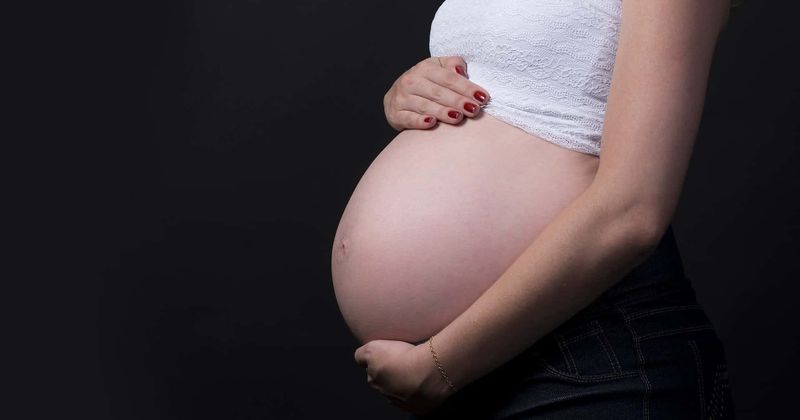 Carlo Collazo, from Delaware, went into labor and gave birth in her sister in law's house without even knowing she was pregnant. It began with severe back pains while she was in the bathroom and called for help. "It just happened so fast, everything just came out," Alexandra Santos, Collazo’s sister-in-law, told Fox 29. They were both shocked to discover that she was in the midst of giving birth to a baby girl. "I was just in shock – just in shock," Collazo said.

WHAT IS HAPPENING TO OUR YOUTH?

Delaware woman who didn't know she was pregnant gives birth in toilet: 'I was just in shock' https://t.co/7FhTeaodvv

Collazo had been wanting to have a child for the longest time, praying for a baby. But every pregnancy test she would take would come back negative. She tried to get pregnant for years with no success, and finally felt that by age 37, it was unlikely to happen until it did! She gave birth to a baby girl. Amoura Rose, weighed just over two pounds when she was born on August 25 and was taken to Christina Hospital, where she has been gaining weight and thriving.

According to Cafe Mom, Collazo shared her story, saying, "My boyfriend and I first started seriously trying three years ago -- but it kept feeling like my body was failing me. I was diagnosed with polycystic ovary syndrome at a young age, and because of that, I’d been on birth control since I was 11 or 12 years old.  I assumed that at 37 years old, with PCOS and never having been able to get pregnant, that I never would. But everything changed while I was at my boyfriend’s house on August 25 -- even though I didn’t realize it at all."

When she was in her sister-in-law's bathroom, she was going through a lot of pain. Little did she know she was going into labor. "Before we left for the hospital, I decided to try to go to the bathroom one more time. From the intense pain, I thought maybe I had an ovarian cyst or a blood clot, so I thought I’d try to push it out. With the first push, my water broke -- but I didn’t know what was happening -- and the thought that my water just broke never popped my mind. Not thinking about it, I put my hand down and felt what I now know was a head. I immediately screamed for my sister-in-law and knew something was coming out of me. Something was coming out of me fast. She called 911 and I pushed again."

Here's where things get a little graphic. She shared, "I pushed again and I somehow had a placenta in my hand. None of it felt real. It was all happening so fast, and I didn’t know what to do. In that moment, I was terrified to look in the toilet. I had the placenta in my hand and a baby in the toilet. I was just absolutely terrified. My sister-in-law was on the phone with 911 and she was scared to look, too. She thought I had a stillbirth and didn’t want to upset me. But then we heard, 'Waaaa!' and knew the baby was breathing! This miracle newborn was okay! They instructed my SIL over the phone to get the baby out of the toilet, sit me down with the baby on my chest, and to keep us warm with clean towels. I felt fine immediately after the delivery and even had a boost of energy. They then had her cut the cord with shoelaces, which she had handy for a dress, and it all happened extremely fast."

Thankfully, the baby was breathing and taken care of in the hospital. For those confused as to how she didn't realize she was pregnant, the new mum swears that she never felt any real symptoms. "I even took pregnancy tests on two occasions while I was unknowingly pregnant with Amoura but they came back negative. The most recent test was in June, just weeks before her August delivery. [My boyfriend] said I seemed more tired than usual and thought I should take [a test], and I figured it couldn’t hurt, why not? Well, it was wrong. I hadn’t gained any weight, still got my period, and the only movement I felt was at night, which I attributed to gas. That was it -- nothing else." Little Amoura Rose is doing well and Collazo said her sister-in-law will have a special place in the baby's life. "My brother's wife and I were always close but this experience took things to an entirely new level -- naturally she's now Amoura's godmother!" she beamed.