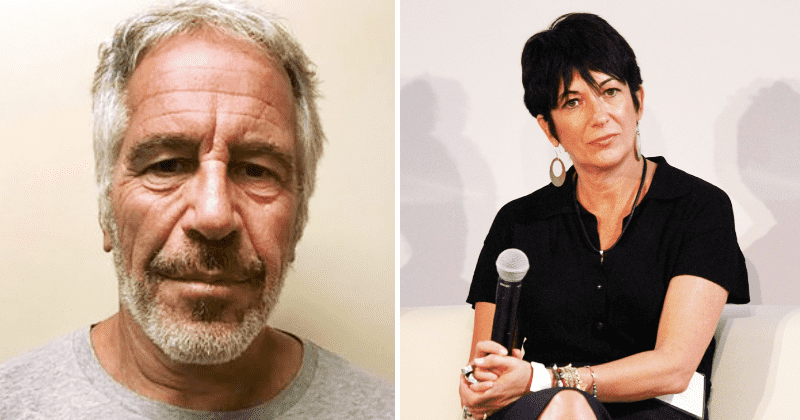 A woman has claimed that she was raped by Ghislaine Maxwell on multiple occasions. Jane Doe, who does not wish to reveal her identity, said she was willing to testify against Jeffrey Epstein’s ex-girlfriend and claimed Maxwell was just as evil as Epstein, the convicted child sex trafficker. Doe said the abuse started as early as when she was 14, in 1991 in Flordia. She branded Maxwell, 58, a "rapist", and claimed she was raped 20-30 times, according to a report by Fox News.

Earlier this week, Ghislaine Maxwell was arrested for recruiting, grooming and sexually abusing minors. Maxwell, Epstein’s former girlfriend, was also considered a longtime associate of Epstein. Maxwell was arrested in New Hampshire where authorities claimed she was hiding.

Jane Doe had filed a lawsuit against Maxwell and Epstein’s estate more than a year ago. “She did rape me. I would say it’s more than 20 or 30 times. She is just as evil as Jeffrey Epstein," said Doe. She claimed that the abuse stopped only after she became pregnant with Jeffrey Epstein’s child when she was 16. “I had never been with anyone except for him [Epstein],” said Doe. She was forced to have an abortion and said it affected her deeply.

Jane Doe was raised by her grandparents in Florida and was recruited by a friend in 1991. She was introduced to Maxwell and Epstein. Doe was lavished with gifts, including Louis Vuitton purses, and often taken shopping by Maxwell. She was also given a pager. Maxwell groomed her and started to use toys and her fingers to penetrate her. “When this started, she told me that Epstein was getting upset because I kept bleeding, and that she was helping so that it wouldn’t hurt so much because it should be satisfying.”

Maxwell told her that models were expected to satisfy people sexually. After she got an abortion, Maxwell, Epstein, and a few others drugged and gang-raped her one last time and told her they would kill her if she spoke about it to her grandparents. She was driven to her home by a driver holding a gun and dropped off naked in her grandparents' yard. "Ms. Maxwell was a participant, and she made it very clear that I was to keep my mouth shut or harm would come to my family, and myself.”

Her grandfather made her go into hiding, fearing for her life. She dropped out of school and her life spiraled out of control. “I basically kind of vanished,” she said. Jane Doe believes Maxwell is just as guilty as Epstein. “She is an evil person. I don’t believe that Jeffrey Epstein could have obtained the magnitude of victims that he had had it not been for her,” said Doe. "She destroyed what was supposed to be the best years of my life, being a teenager, and being a cheerleader.”

“Maxwell enticed minor girls, got them to trust her, then delivered them into the trap that she and Epstein had set for them,” said Audrey Strauss, the acting US attorney for the Southern District of New York on Thursday, reported The New York Times. She now wants Maxwell to be put away in jail. “I would definitely take the stand and testify because I believe she deserves to be where she is today and she deserves to stay there for the rest of her life,” Doe said.

“The example set by the women involved in this investigation has been a powerful one,” said William F. Sweeney Jr., head of the FBI office in New York. “They persevered against the rich and the connected, and they did so without a badge, a gun, or a subpoena, and they stood together.”