trending celebrity people lifestyle news animals
Woman Found Out About Husband's Micropenis On Honeymoon, Later He Learned She Posted About It Online

Woman Found Out About Husband's Micropenis On Honeymoon, Later He Learned She Posted About It Online

The husband wanted to sue her for defamation and also annul the marriage. 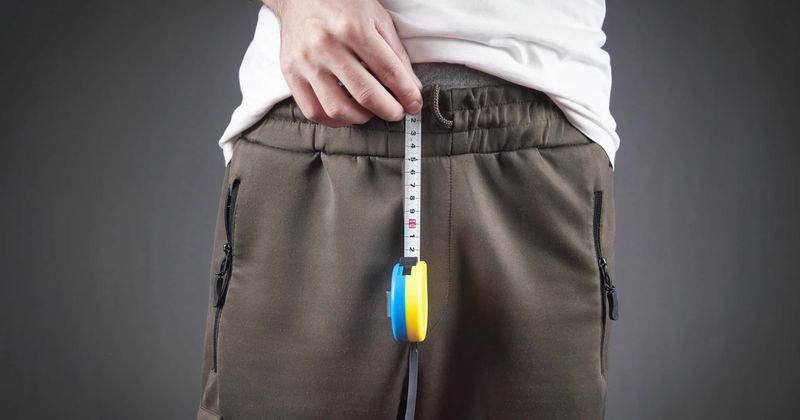 The honeymoon did not go as expected for one couple where the wife discovered that her husband had a micropenis. It seems like the man had been putting off having sex on purpose whilst pretending to be "old-fashioned." After their wedding, the woman discovered that he had an inch-and-a-quarter-long micropenis and she confessed that she felt deceived. Dishonesty is never a good trait in a relationship, right? So she took to Reddit to ask for advice after finding out that her groom had been keeping a pretty big (or in this case, rather small) secret. In a now-deleted post titled Newlywed husband wanted to wait till marriage for sex and just surprised me with micropenis on the honeymoon, the confused bride wrote, as per The Daily Mail, that they had "only dated for six months. We've been engaged for another six and just got married on Saturday. Am I the a**hole for reading into this and being upset that I waited until my wedding night to find out that he probably isn't as 'old fashioned' as he says he is? I'm not going to shame him and honestly, I don't even know how I'll broach the topic. I honestly just acted like nothing was out of the ordinary and went to town with him, but... I dunno. I kind of feel lied to. Like a half-truth...or something was intentionally withheld from me. This was unexpected, to say the least."

Husband Plans To Sue Wife After Her Micropenis About Him Goes Viral https://t.co/NK4FBWoaxk pic.twitter.com/hi95GZqJdQ

As most Redditors sided with the woman, her post garnered so much attention that her husband eventually found out about it. While there were no specific details that could identify the couple,  the man was enraged and threatened to sue her for defamation. He also wanted to annul the marriage. In a new post, she wrote: My husband saw my post and says he wants to leave me and sue me. Says he wants an annulment and is considering suing me for defamation of character. He says it's only a matter of time before someone leaks his name. He saw the post through an old friend of his who knew he had a micropenis and saw on his FB that he had just gotten married. He doesn't know who else the guy has told to link him to it. He is crushed that I posted about him.

To which again many Redditors supported her and reaffirmed that she was not the a**hole in the situation. Everyone agreed that the woman's problem is more than just the size of her husband's penis. Many took issue over the fact that the man had hid something very important from the woman he planned on spending the rest of his life with.

One Redditor questioned: What can he even sue her for? Slander - the action or crime of making a false spoken statement damaging to a person's reputation. It's not false so your fine there, and libel is the same in writing. So again, not false. I'm in the UK though so maybe the law is different where you are. But saying it's the truth is a perfect defense in the UK. Another said the husband is to blame from the start: HE'S the one who did this, not her. He's the one who hid it from her and turned it into a thing. He's the one who blew it out of proportion. The fact that it's spiraling out of his control now is just the result of his game getting out of hand. F*ck manipulative people like him. One person said the annulment seems like a good idea, writing: NTA, and tbh the annulment is probably doing you a favor.