Becky Hoeffler started making grocery runs and taking care of all the basic supply-shopping for the elderly community in her neighborhood. 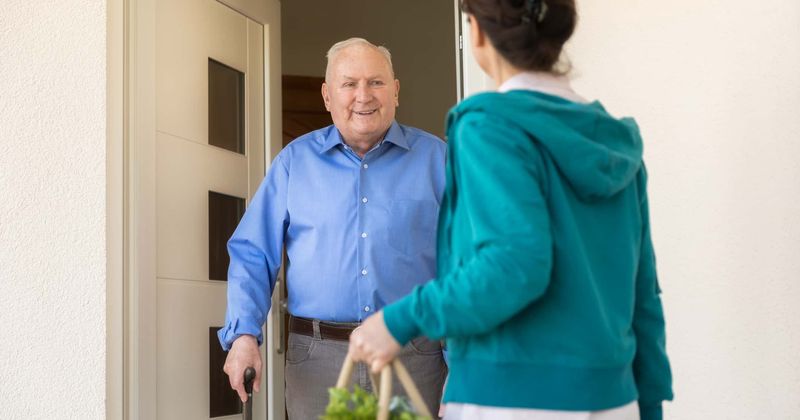 Cover Image For Representational Purposes Only

With the majority of the world's offices and businesses either temporarily shutting down or allowing their employees to work from home due to the COVID-19 virus, one woman from North Carolina decided to make the best out of this crisis. There are a lot of people who are affected by this outbreak more so than others, especially the elderly and those with existing chronic illnesses.

Beck Hoeffler, who works at Duke University, NC was having a conversation with her grandfather on the phone when he told her that he was heading out to do some grocery shopping. That notion concerned Hoeffler as she acknowledged that the elderly population is at the highest risk of catching the coronavirus. Unfortunately, her grandpa lived in New Jersey and she couldn't help him out directly. She then thought about the elderly community in her own neighborhood and decided to do what little she could to make their lives a bit easier. She started making grocery runs and taking care of all the basic supply-shopping for the old folks in her locale, CBS 17 reports. “The idea actually came about when I called my grandfather the other day,” Hoeffler said. “He told me, ‘I’m on my way to the grocery store’ and I was just kind of concerned because he’s 91 and I thought, ‘is there a reason you have to go to the grocery store?'”

An encouraging story, for those who need some positivity. Woman Starts Doing Grocery Runs for Older Neighbors to Reduce Their Exposure to the Coronavirus https://t.co/OE3nBRfwVI

“Am I excited that I’m probably going to get a sweet loaf of banana bread from my neighbor, Patti, because of this, yes,”  Hoeffler told the outlet. “Either way though, I think being able to help your neighbor is one of the most American things that you can do.” When her next-door neighbor Patti had come over to ask for paper towels, fresh fruit, and flour, Hoeffler remarked that:  “I was really lucky to find the paper towels—that whole aisle is almost empty!” In a heartwarming gesture of gratitude, Patti gave Hoeffler some of the homemade bread she had made with flour.

According to GoodNewsNetwork, Hoeffler also went over to the nearby housing community that takes care of senior members who stay just at the end of her cul-de-sac. She introduced herself and struck conversations with many of the elderly on their porches, and offered to help them during this turbulent time. ”They told me I could post the sign with my information near the mailbox station, so all members of the community would be able to see it!” she said. “No one has responded to the sign yet but one of the women I talked to said she will call me in a few days and is thankful that she can stop feeling anxious about having to go to the store now!” Hoeffler added.

The outlet reported that Hoeffler went on to make a post on a local Facebook group to get the word out that she is ready to help anyone who's looking for it. “In these situations, when the community steps up, you really lessen the pressure on first responders and medical personnel,” she said in an email. “If you’re able to decrease, even by a little bit, the number of patients that have to seek care because they’ve been exposed to something, it’s good for the community as a whole.” She added that: “Utilizing people power is one of the best ways that we can combat the virus.”

I'm impressed! Unfortunately, pandemics usually bring out the worst in people, and few volunteer to help .others

It's highly crucial to remain aware of the latest information on the COVID-19 outbreak, available on the WHO website and through the national and local public health authorities. COVID-19 is still affecting most people in China with some outbreaks in other countries. Most people who become infected experience mild illness and recover, but it can be more severe for others. Take care of your health and protect others by ensuring that hygiene is maintained on all levels.

We have neighbors posting offers to do the same on Next Door. This is happening all over the country.