She uploaded pictures of sealed cereal boxes, followed by a video that countless people found useful. 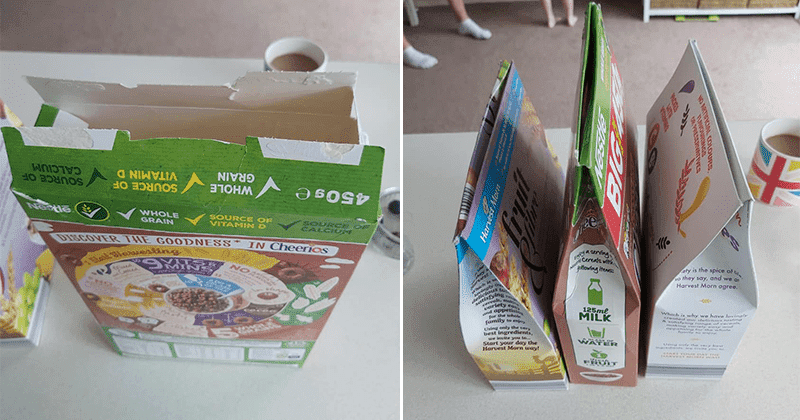 Securing and sealing cereal boxes that have been opened is one of the biggest mysteries of the world, right behind the 'did the chicken or egg come first?' and 'did America fake the moon landing?' A woman from Britain has now cracked the mystery and backed her thesis with a step-by-step video on Facebook. In hindsight, the answer's been staring us right in the face all along, probably sharing a private joke with the cereal about our stupidity. Becky Holden McGhee was the one who cracked the code and her video has gone viral, garnering more than 3 million views. Becky Holden McGhee wrote: Had to share this!!! It's only taken me 40 years, but I now know the correct way to close a cereal box. Genius. It takes seconds, no more dried up cereal and ugly torn boxes to greet me every morning. 😂 Becky's personal discovery has been a revelation to many, just as it has been to us.

Becky said it's the easiest hack in the world and we couldn't agree more. So here's the step by step explanation of the hack that's going to revolutionize breakfasts:

And just like that your cereal will never go soggy ever again!

Becky Holden McGhee has done more to make our lives easier than anything Isaac Newton and Albert Einstein combined has ever achieved. The apple continues to fall irrespective of whether we know it's gravity that causes it, and as for the theory of relativity, it's not something any of us can relate to. Unless, of course, it helps us go back in time and learn how to secure cereal boxes a couple of decades earlier.