The woman claimed that 5 officers watched while the officer in question searched her "inappropriately" while they were outside. 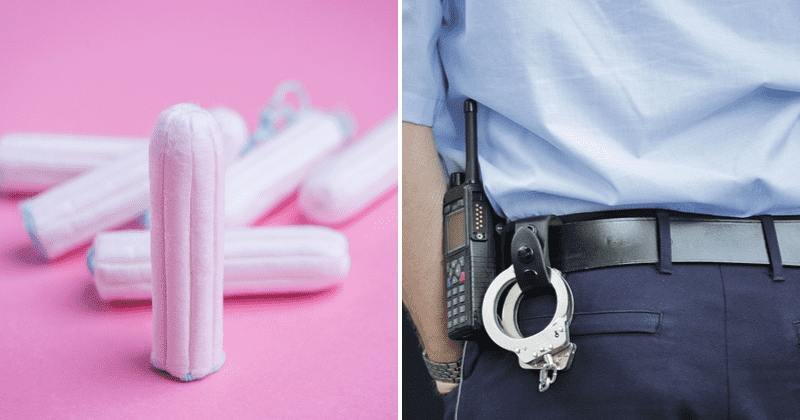 A woman from San Antonio sued the city after she accused an officer of searching her in an improper manner and pulling out her tampon in public. Natalie Simms was sitting on the curb and talking on the phone when police officers came onto the scene as they thought she had illegal drugs on her. They asked to search her car and a female officer was to check her if she had any drugs on her as well. According to Insider, Detective Mara Wilson was to conduct a full-body search on Simms and only then could she leave, according to court records filed last year in the Western District of Texas.

Not even close to enough $ for that

From dashcam footage, the conversation between the two went something like this. "Do you have anything on you?" Wilson asked Simms. "No, ma'am, nothing," Simms replied. Out in public, the detective asked if she could pull down her shorts and search her. Allegedly Wilson did not have a warrant at the time. Wilson instructed Simms to "spread your legs," and asked, "do you have anything down here before I reach down here?" The lawsuit stated that: Officer Wilson intended to reach down into Natalie's pants and made contact with her pubic hair and vagina. Simms told the detective that she was on her period. Five male officers watched on as Wilson "pulled open Natalie's pants and underwear." She pulled out her tampon "knowing that Natalie was on her period," and even though "Natalie had not consented to such a search, seizure, and/or use of force," according to the lawsuit. "Is that a tampon?" Wilson asked."It's full of blood, right? Why would you do that?" Simms asked in shock. "I don't know. It looked like it had stuff in there."

"It was really nasty, but I just wanted to make sure there wasn't anything in there," she told another detective, according to court records. She claimed she needed to conduct the search because "you don't know what they have. I mean, they stick all kinds of stuff."

"Natalie suffered through a shocking display of what can occur when police power is unchecked. Natalie was humiliated and degraded as a result of the police officer's actions," her lawyer Dean Malone told local news station WOAI back in 2018. "We intend to seek full damages available under the law and look forward to presenting Natalie's horrible experience to a jury."City lawyers offered $205,000 to Simms; the city council had to vote on the proposed settlement as Simms and her attorney have agreed to that sum. Malone was ready to go to trial if the sum wasn't accepted. "This wasn't really about the money for her at all, it was about the return of her dignity," Malone said. "When she filed suit it was to assert her rights and obviously she believed that she had been violated."

Simms is now 40 years old and Wilson has since retired. Malone told Insider that there's never been an apology from anyone to Simms regarding the case. He said they just offered money to try and dismiss the case. It's been over three years later, and while Simms is doing better than before, she continues to battle the negative effects from the experience, he said."I think any male or female to go through what we see as a body cavity search is traumatized and I suspect leads to life long issues," he said. "I don't think any amount of money will completely restore her dignity that was taken from her on that San Antonio public street."