"There are a lot of things we can do with our senior citizens that we do not,"Woodward said of her generation. 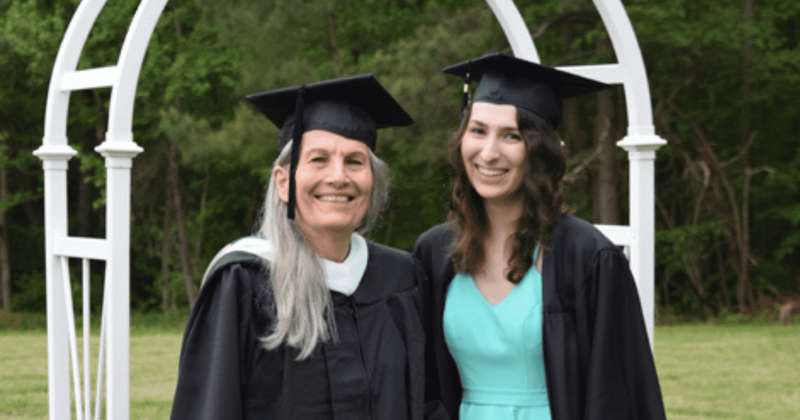 Elsie Woodward has always believed that age is no barometer to measure achievements. She is living proof of the belief as she walks the stage on Saturday to collect her graduation medal 58 years after she first started studying for a degree. At 75, the grandmother is unperturbed by the idea of being surrounded by graduates young enough to be her grandchildren at the College of William & Mary's ceremony, reports The Virginia Gazette. In fact, Woodward has a delightful idea up her sleeve; she will walk through the Wren Building on campus to strike a few poses with her own granddaughter Anna Woodward, 22, who also happens to be graduating on the same day from the University of Virginia.

Elsie Woodward started her college degree in Miami in 1963. Decades later, she has earned a degree from William & Mary. https://t.co/WxvLmsawrb

Woodward started a degree at the University of Miami in 1963, but she has only manage to meet the required hours to complete the degree this semester, as life took precedence over her education. Woodward discontinued her studies in Florida after getting married in 1965 but she was always drawn towards finishing her degree even as she worked many careers and took care of two children. She moved several states over to Virginia with her husband, Denton, and regularly took trips to Williamsburg. "We lived in Chesapeake for over 30 years. We loved to visit Williamsburg," she said, recalling the good old times.

This semester, Elsie Woodward fulfilled the required hours to complete a degree she started in Miami in 1963.

“I guess I figured I always would finish my degree at some point,” she said. “It was really hard going back, but, gosh, it’s worth it." https://t.co/1cqbre9RZH

Currently, she lives in James City County near York River State Park. Her zeal to finish her degree was awakened when she found out that she qualified for tuition assistance under the Senior Citizen’s Higher Education Act which didn't have any reservations over where she would go to college to finish her studies. Although Woodward makes graduating look easy, it was anything but for the senior citizen as she had to face dozens of challenges as a student; she struggled to concentrate and also had to take care of her husband, who had an inflammatory disorder that caused chronic pain and stiffness, as well as animals on their property.

"You have your life that you’ve already established, and now you’re going to fit this thing in that requires so much more of your time," she said of her struggle. Now, having completed the unthinkable, Woodward hopes she has done enough to inspire more by sending a strong message that older people are capable of doing more than what society credits them for. "There are a lot of things we can do with our senior citizens that we do not," she opined. "I think we tend to write them off like they have nothing to offer." Armed with a degree, she wants to bring awareness to problems her generation faces by writing about them.

Woodward has also written her name for one of the rarest feats in history:  graduating on the same day as her granddaughter only 58 years apart. Sharing her thoughts on what it feels like, she said it was just a happy coincidence. "When I realized we’d be graduating on the same day, I said, ‘Dadgumit, this is just the coolest thing,’" she told the college website.  Anna Woodward, the granddaughter who's graduating in Charlottesville, says she will return to Williamsburg just in time for a photoshoot with her grandmother. "When I found out we would be graduating on the same day, my first thought was, ‘When’s our big graduation photoshoot?’ We’re going to be so cute in our caps." Expressing how thrilled the family is for Woodward, she said: "We’re so proud of grandma," adding, "I’m glad my graduation is in the morning and hers is in the evening. Otherwise, I’d unfortunately have to miss mine."

The two will walk from the Wren Building - a spot that holds great significance to the family - as they share a glorious moment together as the Class of 2021. Both of Woodward's children -- daughter Sondra and son Denton Woodward Jr. -- are W&M alumni who worked as a public relations coordinator with Virginia public Schools, and a web design/web hosting service provider respectively. If that wasn't enough, Denton Jr. met his wife Elizabeth at the college and the duo married at the Wren Chapel in 1994. "It was so magical for her being amongst the 19-year-olds and being treated like a rock star," Denton said of his mom's cult status among the students.