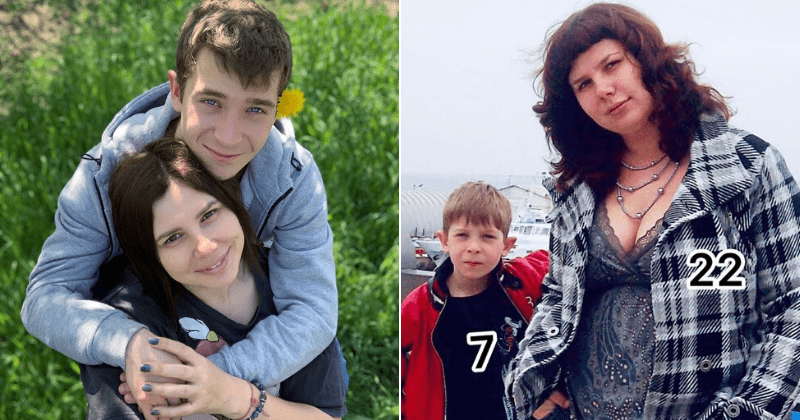 A social media influencer from Russia is being criticized for her relationship with her stepson. Marina Balmasheva raised Vladimir for 13 years since he was seven years old. She divorced his father, Alexey Shavyrin, after living with him for 10 years. Now she wants to marry his son. There’s a 15-year age gap between them. Marina Balmasheva posted a before and after photo of her with Vladimir, whom she is currently dating. In the before photo, the 35-year-old is seen with the then seven-year-old Vladimir while the second photo showed her with him when he is 20 years old.

"You never know how life will turn out and when you will meet a person who makes you smile," Balmasheva said in the post, which has been translated to English, reports news.com.au. "I know that some will judge us, others will support us, but we are happy and wish you to be as well." Balmasheva was just 22 when she first married. After a recent divorce with Vladimir's father, she and her beau are planning their wedding.

Balmasheva reportedly adopted her ex-husband's five children when they were together. She plans to raise these kids with Vladimir along with having kids of their own. Her ex-husband told Russian talk show Pryamoy Efir that he found out about their relationship this year in March. "I could not fall asleep one night when I heard them having sex," Shavyrin said. "Then I understood that Marina was cheating on me with my son. A few minutes later she just came and lay down next to me. I didn’t tell her a word that night."
He also confessed that he didn't know how to react to his wife’s infidelity and waited weeks before confronting her about it. They have since divorced.

Balmasheva has around 416,000 social media followers and started the account to document her weight loss journey. The blogger initially weighed 132 kgs (291 lbs) before turning her life around and losing 58 kgs (128 lbs). She posted updates of her weight loss battle on Instagram that garnered her a huge fan following. She credited the transformation to Vladimir.  "I don’t feel like a mature woman, like a woman who has to do stuff around the house. He makes me feel like a young and happy girl," she said according to The Sun.

She added, "I understand that in some time he may meet another younger woman and leave me but I think – no. He will grow into a brave real man. I am happy with Vladimir and that’s the most important thing for me." Balmasheva denied any claims that they would have sex in the family home and said that her relationship started only after the divorce. She also claimed that she never loved Alexey and denied they had ever "been close". She said, "All I was interested for the last couple of years was food, I got fat and wanted to die of such a life."

Although the 35-year-old seems to have found happiness, most of her fans don't seem supportive of her relationship and are largely critical of the decision. Netizen Svetlana Nakhshumova commented on the blogger's Instagram post: What shocks me most is that this boy grew up before her very eyes. Balmasheva defended herself by saying she is very much in love with Vladimir. Many took to Twitter as well to express their displeasure. Illawarra Flame wrote: That is twisted.  Others joked that pornography storylines are more realistic than they seem. g-dub-ya tweeted: So, all those @Pornhub stepmom videos were actually real??!! NIIIICE!! Some were even supportive. Rotten Ronnie shared: That’s weird but strangely I’m happy for them. Simon Templar said: Good luck to them. If they've found some sort of love in this horrible world, then that's all that matters. To which, Izzypigs replied: Grooming!  If this was a man who married his step daughter, there would be an outcry!