This Wisconsin teacher's husband secretly recorded her getting sexually involved with her victim and later provided the evidence to the police. 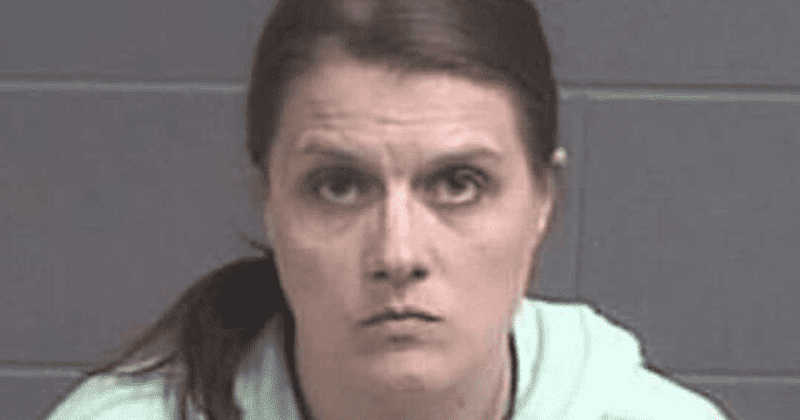 Stephanie Pudlowski, an eighth-grade English language arts teacher, in Wisconsin faces child sex charges for having sexual relations with her 16-year-old foster son, who was also her student reports the Daily Star.  She was arrested after her husband secretly recorded her getting sexually involved with her victim and later provided the evidence to the police.

One of the audio clips reportedly confirmed the sexual activity between the underage boy and her.  Pudlowski appeared to have known the boy from James Williams Middle School many years ago before taking him in as a foster son last year. According to the police, the husband set up the video camera in the boy's room in the basement after he witnessed her locking herself up in his room. The police paperwork has also confirmed that an audio recorder was also placed in the minor's room. The police arrested Pudlowski soon after and questioned her about her conduct and she confessed. She has been accused of "of causing mental harm to a child, sexual assault of a child placed in substitute care, and sexual intercourse with a child age 16 or older."  Michael Bloom, the Oneida County Circuit Judge, set a £1,800 bond ($2190) for Pudlowski. She is expected to have her next hearing on June 15.

Stephanie Pudlowski, a Rhinelander middle school teacher, was taken into custody on charges of causing mental harm to a child, sexual assault of a child placed in substitute care, and sexual intercourse with a child age 16 or older. MORE: https://t.co/QAQNW1K0DE

According to The Northwood River News, Pudlowski resigned after her arrest. The school district sent out a press release regarding the investigation and arrest to all the parents. It said, "Today, I have some unfortunate and sad news to share. On Friday May 15, 2020 one of our teachers, Stephanie Pudlowski, was taken into custody on sexual misconduct of a minor in her care. None of our middle school students were involved. Ms. Pudlowski has submitted her letter of resignation to the school district, effective immediately. Mrs. Higgins, our other English Language Arts teacher, will be corresponding with all 8th-grade students in assigning, collecting, and grading their work via google classroom as usual. There will be no interruption in your 8th-grade child's learning. An investigation into the charges against Ms. Pudlowski is ongoing. All questions are to be directed to the Oneida County Sheriff's Department."

Pudlowski's husband filed for divorce within days of her arrest. This latest incident comes shortly after another teacher was caught on camera after engaging in oral sex with a student at South Coventry Township in Pennsylvania. Stephen Raught, the 53-year-old high school teacher, was charged with institutional sexual assault. He sexually assaulted the 17-year-old girl inside a classroom during the coronavirus lockdown. He reportedly kissed the girl and performed sex acts with the teenager, who remains unidentified, at the school which was closed due to the pandemic. The man was jailed at the Chester County Prison and has since been released after a $50,000 bail was posted.