The all-white 1000-piece puzzle is a great way to keep yourself occupied for days or even weeks as we live through the lockdown. 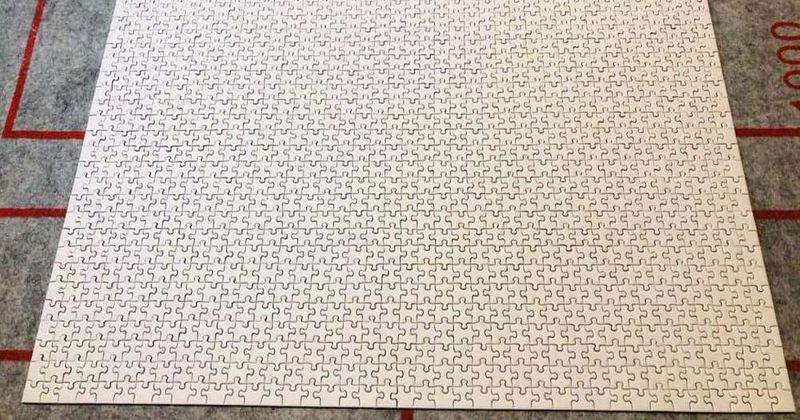 The month of April is almost over which means it's been a little over two months since Coronavirus set its foot in full swing. But, with no end in sight to social distancing any time soon, people have found myriad ways to keep themselves occupied. Some are indulging in a binge-fest on Netflix, Prime, or Disney+ as others are going all Masterchef on their Instagram, posting a barrage of recipes while a few others are finding bliss engrossed in their book collection. There's a fourth group that doesn't fit into any of these categories and continues to remain bored, this one is for those. According to Bored Panda, Amazon is selling an all-white 1000-piece jigsaw puzzle set which is expected to test your skill, patience, and wits. So, if you're up for the ultimate lockdown challenge, you should give this one a try.

Brought to you by a company called Tinyouth, this puzzle, dubbed White Heaven is unlike any other out there. There are of course the picturesque puzzles that tend to get comparatively easier to solve once you get adept at spotting patterns and matching color gradients. But, this completely white set is a whole new ball game altogether as it doesn't offer you any clues whatsoever besides a few letters on the back which gives you a minor reprieve by guiding you to the section it belongs to. The "stress reliever", as the manufacturer calls it, is made of thickened cardboard with each piece precisely cut and fit together with clean and unblemished paint. In terms of dimensions, the puzzle is 16.54 inches in length and 11.69 inches in width.

Although the product is listed for adults, the makers say it is suitable for children over the age of 14 —a claim that is highly unbelievable given how complicated it looks—and also serves as a great birthday or Christmas present for friends or family. Another important aspect here is the maker's claim that it will help the children cultivate better cognition for color and shape and to build their patience levels while also improving their focus.

A customer who goes by the name Shawn T shared how the puzzle proved to be much more than a pointless pastime. He says, "I bought this puzzle and realized early on that I had lost two pieces. I practiced radical acceptance and went on to complete the puzzle. That was months ago. I went on to mount the "finished" puzzle with the missing pieces. I got a lot of compliments because people actually thought it was intentional. Today I just found the remaining two pieces. I’m not sure how to carry on because I had already accepted and moved on with their loss. This has been a good exposure to acceptance for me." This isn't the only product available from the seller either, they have a host of other scenic ones and not to forget the complete black set of the same puzzle called Black Hell.

Whatever you want to do with this piece, whether you just want to kill time in quarantine by attempting to sort through the puzzles, prank a friend by sending it as a gift, or put in your own creative twist by painting it yourself and making a one-of-a-kind puzzle, you can do all of that by purchasing it first on Amazon for $20. Some of TinYouth's colorful puzzles have already been helping people pass the time during the lockdown such as this round gradient puzzle which requires you to arrange it based on the color. Another one called the Ocean Puzzles has vivid imagery of underwater creatures like sharks, whales, and dolphins and has even received a 5-star rating from a happy customer named P. M. Parkes, who wrote that "it felt good to get to the end".  "Loved that I could start by using the colored back, then turned over to complete. Going to buy another one, well not the same obviously. Passed the time during the lockdown. Thank you," the user wrote in a review

There is even a time-lapse video of a person solving this mind-numbing puzzle on Facebook which has generated quite the stir from a few users.  A user named Barbara Prichard wrote: "This might take us a whole vacation." Another user Steven Paris Adams wrote: "The video makes it look so EASY to assemble!"

Whatever you may think: whether it's easy or unbelievably hard to solve, one thing is for sure, this puzzle is sure to keep your hands and brain busy at least for the next few weeks. You can find the listing here.