Fans can do an impression of Bugs Bunny's iconic catchphrase using the hashtag #WhatsUpDocChallenge on TikTok. 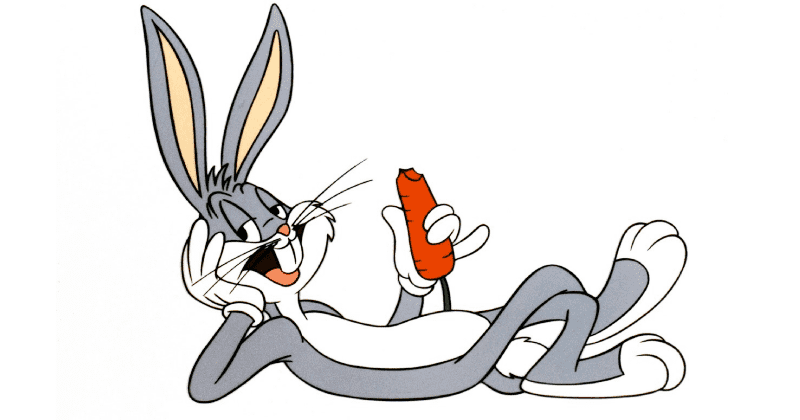 The world's most famous 'wabbit' is turning 80 and Warner Bros is throwing a party to celebrate the occasion. For all those who have grown up watching Bugs Bunny's antics, it's time relive the classic cartoon and your childhood. Warner Bros is hosting a string of fun activities centered around Bugs Bunny, including an HBO Max birthday takeover, and is inviting you to hop in on the fun. A press release by the production company said, "the most famous cartoon rabbit is turning 80 in style through exclusive fan experiences, first-ever brand partnerships, an HBO Max birthday takeover and limited-edition releases commemorating the impact of this cultural icon— all meant to delight his most devoted fans while introducing the beloved character to a new generation of families," reported People.

Fans will have access to over 80 years of Bugs Bunny content on HBO Max. While Warner Bros debuted a Bugs Bunny-like rabbit in 1938 as part of a short, the first official Bugs Bunny cartoon — A Wild Hare — was released on July 27, 1940. The cartoon featured Elmer Fudd trying to hunt wabbits but is constantly outsmarted by Bugs involving a series of hilarious schemes and hijinks. The cartoon was a huge hit and was also nominated for an Academy Award under the 'Best Cartoon Short Subject' category. There was no turning back after that. Bugs became a regular character in Looney Toons cartoons.

80 years ago today, the first Bugs Bunny short (not pictured) introduced a lifelong lesson plan for kids on how to win arguments, handle frienimies, best or beat bullies with both aplomb and a sense of humor, and always be the smartest wabbbit in the room. Happy Boithday, Doc! pic.twitter.com/YECGS0FWAV

"With a Bugs Bunny birthday takeover at the Looney Tunes hub on HBO Max, fans can easily access 80 years of Bugs Bunny — from his return in the new Looney Tunes Cartoons to his first appearance in A Wild Hare — plus favorite hijinks in between, including his appearances in Looney Tunes, Space Jam, Looney Tunes: Back in Action, The Looney Tunes Show, and New Looney Tunes," the release reads. Warner Bros. Home Entertainment will also be releasing a Bugs Bunny 80th Anniversary Collection, a collector's set releasing on November 3 featuring 60 theatrical shorts on Digital and Blu-ray™, along with a full-size Bugs Bunny glitter Funko figure.

Looney Tunes Cartoons is an HBO Max Original series produced by Warner Bros. Animation was also released earlier this year. There is also a TikTok challenge under the hashtag #WhatsUpDocChallenge where fans can offer their best impression of Bugs' iconic catchphrase. Eric Bauza, the voice actor, who voices Bugs Bunny in HBO Max's Looney Tunes Cartoons, also took part in the TikTok challenge. There's also an option for TikTok users to mimic the famous Looney Tunes theme song. "We are thrilled to celebrate Bugs Bunny's iconic legacy as families are enjoying Looney Tunes Cartoons and the rich library of Looney Tunes programming on HBO Max," said Peter Sherman, SVP of program marketing at HBO Max. "While Bugs Bunny's 80th birthday is in full swing, we are offering more ways for fans old and new to have fun through Looney Tunes games, social challenges, and experiences," he added.

Wait, there's more. A popular mobile party game from Ellen DeGeneres has made a customized new Looney Tunes Cartoons inspired deck. Fans can play the deck and share videos of themselves "Acting Looney" to potentially win Looney Tunes prize packs. All you need to do is share the video on social media by tagging @HBOMaxFamily and using the hashtag #ActingLooneyContest.

The US Postal service also released Bugs Bunny Commemorative Forever stamps. Warner Bros. Consumer Products also announced they'll be releasing an 80-piece capsule collection with streetwear brand KITH. It was sold out in less than 24 hours. You can join in the fun and share your love and memories of the iconic wabbit using the hashtag #BugsBunny80. The cartoon has also faced criticism for perpetuating racist stereotypes.