Several of these dangerous insects contain a toxin and can cause poisoning. 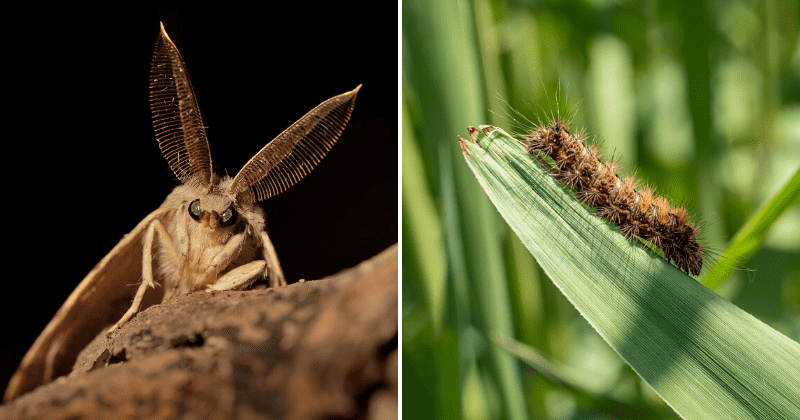 Looks like Washington state isn't short of dangerous insects as they have another bug to the list of things that their government is working hard to fix right now. Just earlier this week, scientists said that they had spotted giant Asian hornets in the state but gave no clear comment on how exactly they got there. If that wasn't enough, there's already another problem that's Asian in origin that the state (and the rest of the world) have been dealing with for weeks now. And now, the state has realized yet another concern which they are in the process of taking care of - non-native gypsy moths.

These gypsy moths aren't like the regular moths you see around your porch during the evenings. While the latter may be harmless, the former is such a serious threat that the state's governor Jay Inslee has issued an emergency proclamation because of these creatures. He warned that there was an imminent danger of an infestation of the plant pests in parts of Snohomish County, the Independent reports. If they would become established here, they could cause serious, widespread damage to our country’s landscape and natural resources.

ANOTHER ONE: Earlier this week, scientists said they had spotted Asian giant hornets in the state, now there's another threat: a non-native gypsy moth. https://t.co/ZyVWsdseAJ

"This imminent danger of infestation seriously endangers the agricultural and horticultural industries of the state of Washington and seriously threatens the economic well-being and quality of life of state residents," the proclamation said. According to the research conducted by scientists, this threat is posed by both Asian gypsy moths, and Asian-European hybrid gypsy moths, the proclamation added. According to one government agency, these pests can cause serious damage. The source of the threat appears to be ships, cargo containers, and some types of cargo coming to the United States from Asian countries where these moths are known to exist.

some real news you can use. (I do not like being confused with a gypsy moth.) https://t.co/318mc7ItpF

"Large (Asian gypsy moth) infestations can completely defoliate trees," according to the US Department of Agriculture's Animal and Plant Health Inspection Service. "This defoliation can severely weaken trees and shrubs, making them more susceptible to disease. Repeated defoliation can lead to the death of large sections of forests, orchards, and landscaping." The department noted that these moths were recently detected in Washington State, Oregon, Georgia, Oklahoma, and South Carolina. Ongoing surveys in those states will help determine whether infestations are present and what follow-up actions may be needed to address them.

OLYMPIA, WA - According to the Washington Department of Agriculture, there is an imminent danger of an infestation of the non-native plant pests known as the Asian gypsy moth a… https://t.co/2x0V8hNed3 pic.twitter.com/FwZzWWysnm

Biologically speaking, the females of these species can lay hundreds of eggs at a time, according to the agency. These eggs soon become caterpillars and much through more than 500 different tree and shrub species, including Apple, Oak, Elm, Willow, and Alder. It's also important to consider that these moths can fly long distances, and are likely to spread far and wide across the country if not dealt with appropriately. "Adult moths are attracted to outdoor lighting and most active at dusk. Adult male moths have grayish-brown wings and a wingspan of 1 ½ inches. Adult female moths are white and larger, with wingspans of up to 3 ½ inches." the department noted. "Egg masses on tree trunks, limbs, and leaves, as well as on stones, walls, logs, lawn furniture, and other outdoor objects. Egg masses are covered with buff or yellowish fuzz and average 1 ½ inches by ¾ inches wide, but can be as small as a dime"

While the government and federal departments handle this, what we can do in the meantime is to report any findings of egg masses, caterpillars, adult moths, or defoliated trees to Federal or State agriculture officials. Also, remember to cooperate with any restrictions in your local area that might be imposed because of an AGM infestation. Last but not the least, allow authorized agricultural workers access to the property to place and inspect insect-monitoring traps.

A murder hornet and a gypsy moth walk into a bar... .