Washington Man Caught Messaging About Molesting Children While On Flight, Sentenced To 15 Years

Michael Kellar, 58, from Tacoma was interacting with his girlfriend, Gail Lynn Burnworth, 52 over the phone. The conversation involved several videos and pictures of abuse involving two children she was babysitting. She was also charged conspiracy to produce and distribute child pornography. 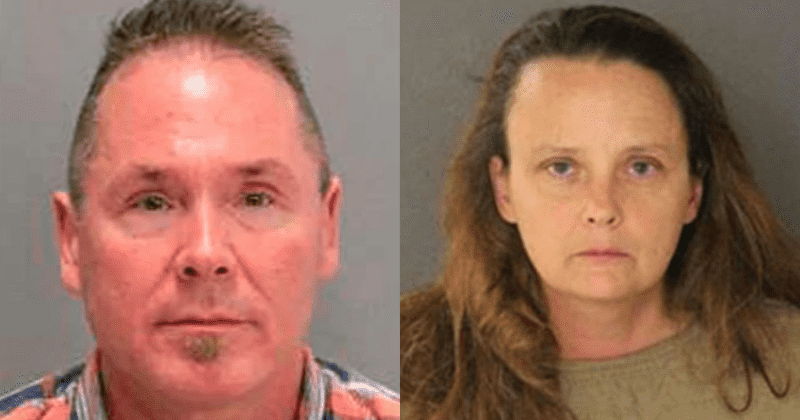 Owing to the quick thinking of a woman on a passenger plane, a pedophile was sending text messages about child molestation, abuse, and pictures of child pornography was nabbed  Michael Kellar, 58, from Tacoma, Washington is now sentenced to 15 years in prison and will be marked as a sex offender after he serves his sentence. He was on a flight to San Jose, California on July 31, 2017, when a passenger noticed that he was sending several sexually explicit messages about children. Later investigators found that he was interacting with his girlfriend about molesting two children. The woman passenger next to him informed the cabin crew who inturn alerted law enforcement authorities.

Once the plane reached its destination, Kellar was questioned by enforcement officials and then arrested. His phone was also confiscated and authorities found that the text messages Kellar sent on the plane were just the tip of the iceberg. They found several hundred sexually explicit images of the children on Keller's phone and hundreds of messages with his girlfriend about abusing children. The two children - aged 5 and 7 -  are those that his girlfriend, 52-year-old Gail Lynn Burnworth was babysitting. Reports did not highlight how Burnworth was connected to the children. Plans of molestation included drugging the children and then sexually assaulting them according to a People report.

Tacoma man caught texting on plane about molesting children sentenced to 15 years in prison for conspiring to produce images of child rape https://t.co/yRtfypdU9d

Along with Keller, Burnworth was also arrested for charges to produce and distribute child pornography and pleaded guilty to these during a hearing back in September. Kellar and Burnworth met on a dating website and had a sexual relationship that also involved fetish behavior according to the latter, court documents revealed. Since they were caught in August 2017, the two have been in police custody. Burnworth is set to be sentenced in March. Keller, on the other hand, was charged in federal court with conspiracy to produce child pornography. During Keller's hearing a few days ago, the judge said he was 'disturbed' with the case reports CBS News.

Ronald B. Leighton, the US District Judge said, “This case for me has been the most disturbing case that I have had. (These offenses) beset on society a waterfall of negative repercussions that can never be repaired.” The woman who turned Keller in was praised by Brian T Moran, the prosecuting attorney. “I commend the airline passenger who spoke up about the disturbing texts she witnessed on her flight.” She later told reporters, “In this case, that witness triggered the rescue of two small children and the investigation that revealed this defendant to be a predator — collecting images of child sexual abuse.”

The CBS report also stated that Kellar was set to gain access to the children through his girlfriend. Keller's other charge includes access with intent to view child pornography. He will not just go scot-free once he is released from prison. There are a number of court directives he has to adhere to that includes a lifetime supervised release as well as a requirement to register as a sex offender. Raymond Duda, Special Agent in Charge, FBI-Seattle said, “Sexual exploitation of children is particularly heinous, and the FBI has made it a priority to hold those who choose to perpetrate these acts accountable. Mr. Kellar will now answer for his crimes against some of the most vulnerable in our community."

He added, "This case demonstrates the FBI will rigorously investigate these crimes and reinforces that victimizing children will not be tolerated by law enforcement.” According to a KOMO news report, Burnworth had admitted to authorities at the time of her arrest that she had sexually assaulted one of the two children. She had even taken videos and photos during the assaults and sent them to Kellar, documents state. The two also admitted being sexually interested in young children. Burnworth said she would have allowed Kellar to sexually assault one of the children she had access to.