The legendary sports nut and meteorologist had a distinguished career that spanned ver 6 decades. 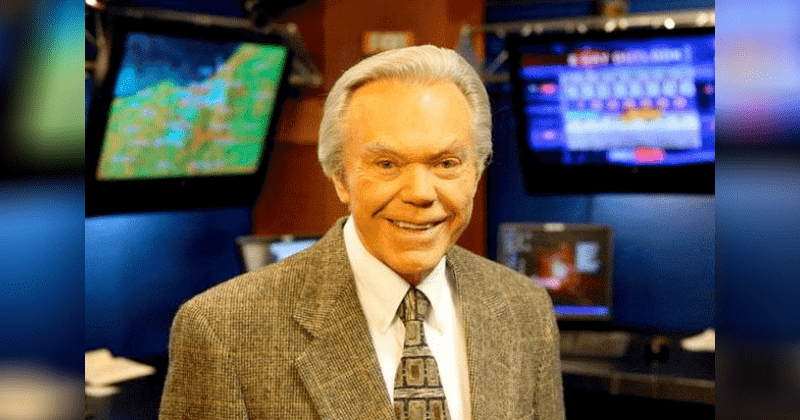 Dick Goddard, a longtime meteorologist for FOX 8, has passed away at the age of 89. His warm smile and sharp intellect will be missed by his most ardent viewers. Goddard was a true gentleman who was passionately committed to his work and gave everyone the special reassurance they needed. His daughter Kim told FOX 8 News that her father passed away Tuesday morning. “I’ve been so lucky,” said Goddard during a wide-ranging interview in 2015, “and people have been so good to me.” The legendary meteorologists' beginnings were as humble as could be, starting during the Great Depression in 1931.

Goddard was born in February of that year in what was then known as Greenberg—which is now the city of Green in Summit County. He was the only child of his family and naturally the center of attention from his father Vachel Goddard, a railroad mechanic from southern Ohio, and the former Doris Dickerhoof. His parents' education only took them so far as neither of them finished grade school. Goddard, on the other hand, nurtured his lifelong love of animals and nature. “Any animal that showed up on our farm there near Greenberg, I said, ‘Mom, can we keep it?’ and usually it was yes, but the cow I had to give back."

#dickgoddard he was the real mvp weather man! Everything he said with the weather happened 😍😍😍 RIH pic.twitter.com/DKZol14soN

WKYC reports that Goddard was a top football and baseball athlete in high school and even wanted to do his part for the country by enlisting in the military during the Korean War. His father was not sure about him joining the Marines and they agreed that he would enlist in the Air Force instead. So Goddard went on with his service and would take an aptitude test that went on to determine his destiny. “One of the things it said I could become was a meteorologist,” he recalled, “and, even though I couldn’t pronounce it, I said ‘okay.'” After he returned from his service, he went to college and earned a Fine Arts degree from Kent State.

What a legend -- RIP. From him always saving pups from the pound, to giving me that good news that school was cancelled on a snow day as a young lad. He will be missed!

There was hardly any doubt Goddard was a talented man, as even Disney had asked him to come to Hollywood for a job interview as an artist. “That same week,” he said, “I had an offer to try TV.” Goddard ended up walking the path of his dreams and it has resulted in a 65+ year career on television. He started working in Cleveland and didn't take long to get comfortable on television, despite what he himself admits. “When I first started,” he joked, “my voice was so high that small animals gathered outside the station.” Seeing showbiz as something separate from his talent, he worked as a meteorologist and was qualified to forecast the weather, later being known for the accuracy of his reports.

Tears and laughter during Dick Goddard’s final forecast in 2016 https://t.co/A6FQ6CR8Xw

Goddard remained ever humble until the end, much to his credit. “Weather is an educated guess at best,” he said, “and I’m a skeptic.” He left Cleveland only once, following his employer at the time, Westinghouse, to a bigger job at a station in Philadelphia. “People there were really nice,” he said, “but it wasn’t home.” Three local stations that were on the air in Cleveland soon made offers for him to return. Being a hardcore sports fan, the offer that caught his attention most was from Channel 8 as it broadcasted the Browns games: “So when Channel 8…offered me a contract, I said ‘let’s do it.'”

Goddard was a champion for all kinds of animals and spends much of his free time supporting animal charities all over the country. “I promote animal welfare, that’s my goal,” he said, “and before I go to the theme park in the sky, I want to do all I can for the four-footers.” “They can’t speak for themselves,” he would say, “so we have to speak for them.”