Capri Kobe Bryant aka "Koko-Bean" is named after her late dad. 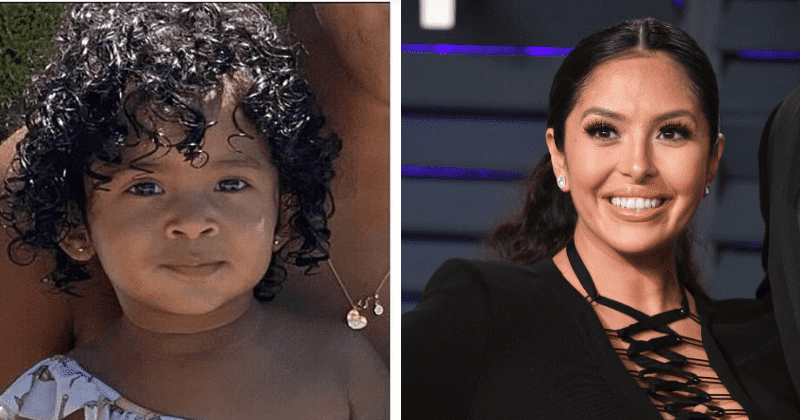 Vanessa Bryant is making sure that her daughters' lives are filled with joy and warm memories. The 38-year-old shared an adorable snap of her youngest daughter Capri who turned a year old last month. According to the Daily Mail, Capri, who is nicknamed "KoKo" wore a white Gucci swimsuit with a floral pattern and frills. The toddler looked cute as a button with a head full of her perfect curly locks. At the time of this publication, Vanessa Bryant has made her Instagram account private. Little Capri is named after her late father, legendary basketball player Kobe Bryant. On June 20, for the infant's first birthday, mom Vanessa shared a photo of herself and her late husband cradling their newborn baby last year in Capri's first ever photoshoot.

According to the PEOPLE, Vanessa captioned the picture: Happy 1st Birthday Capri! Mommy, Daddy, Nani, Gigi and BB love you SO much!!! God Bless you sweet princess. ❤️ Capri Kobe Bryant a.k.a. 'Koko-Bean' named after her dearly missed daddy, Kobe Bean Bryant ❤️. We miss you SO much Gigi and Daddy. Vanessa is also mom to daughters Natalia, 17, and Bianka, 3. Vanessa has previously mentioned how much her one-year-old resembles both Gianna and Kobe. Capri even has her dad's eyes.

The iconic sportsman's death shocked the world when he, his 13-year-old daughter Gianna, and seven others tragically died in a helicopter crash in Calabasas, California, on Sunday, January 26. The late 41-year-old and Gigi have sadly missed many milestones in the rest of the family's lives but Vanessa finds heartwarming ways to keep their spirits alive. In May, the family celebrated what would have been Gigi's 14th birthday. At the time, Vanessa posted: Happy 14th Birthday to my sweet baby girl, Gianna. Mommy loves you more than I can ever show you,.You are part of MY SOUL forever. I miss you so much everyday. I wish I could wake up and have you here with me. I miss your smile, your hugs and your giggles. I miss EVERYTHING about YOU, Gigi. I LOVE YOU so much!!!!!!! Gigi's older sister also shared an emotional tribute to her sister. 17-year-old Natalia wrote: Happy 14th Birthday Gigi! ❤️ I miss your smile everyday but I know you’re always smiling down on us from heaven with daddy.I LOVE YOU.

It's not just close family, but close friends, too, who paid tribute to Gigi, who was following in her dad's legacy to become a professional basketball player. Kobe Bryant‘s former Los Angeles Lakers teammate, Pau Gasol, and his wife Catherine McDonnell sent a thoughtful gift in honor of Gianna’s birthday. "Happy birthday Gigi." read a topper on the white-and-gold cake, which was covered with multi-colored butterfly decorations as well as a banner on the bottom with Gianna’s "Mambacita" nickname. Gasol even makes it a point to visit the family to see how they are doing.

Later that month, little Capri was on her way to make little milestones of her own. Quite literally. She took her first-ever steps! Just a month short of her first birthday. Vanessa captioned the video: My baby!!!! So proud of my Koko Bean ❤️🤩Capri took her first steps from her auntie Sophie to mama today. 🌟🎉. The heartwarming video captures an excited little Capri walking towards her mama's arms. "I knew you were going to do it," Vanessa exclaims excitedly before showering her daughter with kisses.

‘I’m so proud of you’ — Vanessa Bryant, wife of the late Kobe Bryant, shared the adorable moment her youngest daughter Capri took her first steps pic.twitter.com/ebK6JOA8QP

Vanessa reminded the world of what a wonderful father Bryant was to Gigi and as well as being an incredible husband to her. He once even gifted her the blue dress worn by Rachel McAdams in 2004 romantic drama The Notebook. When she delivered their eulogy at the LA Staples Center on February 24, she shared. "I couldn't see him as a celebrity, nor just an incredible basketball player. He was my sweet husband and the beautiful father of our children. He was mine. He was my everything." Even though Kobe is not with her family right now, she knows how she wants her little girls to grow up remembering the kind of person their father was. "I want my daughters to know and remember the amazing person, husband, and father he was. The kind of man that wanted to teach the future generations to be better and keep them from making his own mistakes," she said. The world now remembers him not only as an icon in the world of sports but also as a proud, loving, inspiring #GirlDad.