Lucas Sloan Talley, 38, "had personal contact via text message and email with multiple young girls", and had an "emotional relationship" with one girl in particular 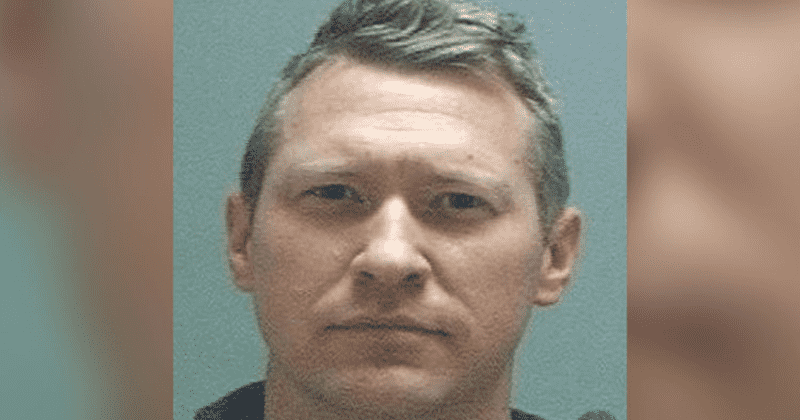 38-year-old Lucas Sloan Tulley was arrested by the police for smuggling a 14-year-old girl into his classroom inside a plastic storage bin when the school was closed on account of the pandemic reports Deseret News. He was also accused of having an inappropriate relationship with her. On Friday, he was charged on two counts of kidnapping, and was booked into Salt Lake County Jail.  Tulley, a father-of-four, had been teaching at the South Hills Middle School for 12 years where it said that he "had personal contact via text message and email with multiple young girls. Much of this contact has been of a personal nature and not school related," as per the police affidavit.

Utah teacher accused of relationship with 14-year-old, sneaking her into his classroom in storage binhttps://t.co/0YL6GVJ2jy

The affidavit stated: "Lucas told detectives he has realized he needs the validation from these female students for his ego and thrives on it. Lucas said when the school shut down due to the pandemic, he really struggled with not having this validation, so began talking with this female victim daily Monday through Friday." Talley also acknowledged that he was "overstepping his teacher role but his interactions with the female victim were a type of therapy for him." Police say that he began an "emotional relationship" with one student in particular during the 2019-20 school year and opened up about his own personal life to her. "Lucas began talking to the young female about his marriage, as well as his anxiety and depression. Lucas began taking treats to the young female’s home and spending time (hours) inside the girl’s home with her."

In addition, he hugged and touched her inappropriately numerous times according to the police. "The female victim was scared something sexual was about to happen and felt uncomfortable and did not want to be in this setting with Lucas," the affidavit stated. Before smuggling the girl inside the school, Talley had planned two meetings with her at the school despite it being closed. "Due to this, when the female victim arrived at the school, Lucas told the girl to get into a large black and yellow Sterilite bin. Lucas placed the Sterilite bin (with the female victim inside of the bin) on a dolly device and wheeled the girl into his classroom," according to the affidavit.

Wow that’s some classic child grooming right there. I hope them girls are ok

Talley then allegedly locked the door of the classroom after getting in. He also put a label inside it which read: "Hope your box is comfortable." The girl's mother had asked Talley to cease communications with her daughter in June, but he continued to keep in touch with her via texts, video messages and emails. Talley told the police that the 14-year-old's parents were unaware that he had put her in a bin. He also said that he "does not feel a girl at the age of 14 is able to consent or even choose to be put into a bin and wheeled into his classroom." Such an admission is tantamount to a potential criminal charge of kidnapping

So gross. Those poor girls.

The affidavit added that the teacher "had thought of being with (the girl) as a couple, but knew he would have to wait six to seven years before he could get to this point. Multiple emails, text messages and video messages have been obtained which show Lucas telling the female victim he loves her and misses her."  Talley admitted to the police that other parents had also reached out to him to stop talking to their young children. Detectives are looking into other instances to link it to Talley's case. "Lucas stated he talks to young girls who he knows has issues with anxiety, depression or other forms of struggles. Lucas said some girls he will not talk to about personal stuff because they do not have struggles he is aware of," the police stated.

Sandy Riesgraf, the Jordan School District spokeswoman confirmed that Talley is "no longer employed" by the district. He had resigned a week before his arrest.