Brady Glenn Allen was caught after he asked an undercover detective with the FBI Child Exploitation Task Force in Layton for nude pictures. 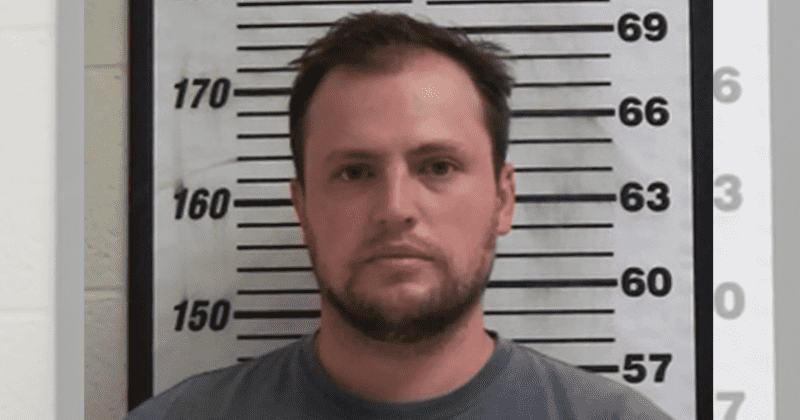 Trigger warning: This story contains details of the grooming of a minor and catfishing that some readers may find disturbing.

A high school teacher has been arrested for trying to entice and sexually exploit a 13-year-old girl. Brady Glenn Allen, 30, a teacher of digital media at Roy High School in Utah, was arrested later in October because he "engaged in a highly sexual conversation" while pretending to be a teenager on a popular chatting app. According to a probable cause statement obtained by the Salt Lake Tribune, Allen got caught after he asked an undercover detective with the FBI Child Exploitation Task Force in Layton for nude pictures and even set up a meeting for sex. When he arrived at the agreed-upon location, police identified him and his car and proceeded to arrest him. Upon questioning, Allen "fully admitted to talking to the child about having sex, arranging to meet, and showing up at where he believed the child to be living for sex," and "asking the child for nude images."

The 30-year-old has been put on administrative leave, according to Weber School District Officials, and his photo has since been removed from the school website. In a statement to the outlet, district officials noted that he wasn't involved with any students from the school: "We were told that the alleged criminal actions of Mr. Allen were not related to any activities that took place at Roy High School, and it did not involve any students." Allen was held without bail at the Weber County jail for days after the arrest on charges of sexual exploitation of a minor and enticing/luring a minor via the internet. As per Deseret News, the investigation began back in August and took two months till authorities could nail him down for his improper advances on minor children. The accused teacher is said to have no criminal history in the state apart from a few traffic violations.

Although the incident didn't lead to any direct form of sexual assault, there are several instances of teachers in the country engaging in such encounters. Back in May this year, Stephanie Pudlowski, an eighth-grade English language arts teacher from Wisconsin was arrested after she was caught raping her 16-year-old foster son. According to Daily Star, Pudlowski was assaulting the boy, who was her student years ago, based on a secret recording provided to the authorities by her husband in which she abused the victim. One of the audio clips reportedly confirmed the assault.  Pudlowski knew the boy from James Williams Middle School many years ago before fostering him last year. According to the police, the husband set up the video camera in the boy's room in the basement after he grew suspicious of his wife locking herself up in his room. The police paperwork confirmed that an audio recorder was also placed in the minor's room. The police arrested Pudlowski soon after, questioned her about her conduct, and she confessed. She was accused "of causing mental harm to a child, sexual assault of a child placed in substitute care, and sexual intercourse with a child age 16 or older."

In a similar story from Florida, an English teacher was arrested for raping her teen student. Desiree Christina Cartin Rodriguez, who taught English at the Doral Academy Preparatory School, would kiss the student in the school. She also would pick him up from his house and rape him in her car. When police questioned her, she said she was "in love with the boy" reports Local10.  The teacher's actions were first exposed by an anonymous person who sent an email to school authorities, who in turn immediately called the police. Investigators interviewed the 15-year-old boy, who revealed to them the details of their "relationship."

#BREAKING: Teacher from Doral Preparatory Academy arrested for having a sexual relationship with a 15 year-old student. Desiree Cartin Rodriguez, 27, is charged with two counts of lewd and lascivious assault on a child. pic.twitter.com/xM8gzqI6zQ