The 48-year-old bus driver would style the hair of the student whose mother passed away due to a rare brain illness in 2016. 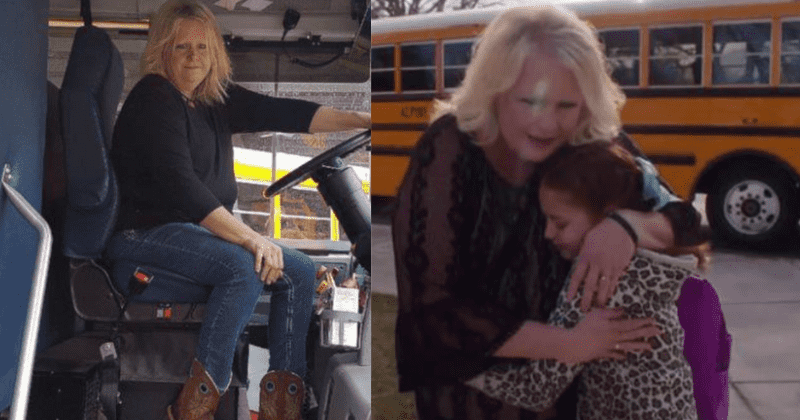 A year ago, 11-year old Isabelle Pieri had the sweetest bus driver braid her hair on her morning route. Isabella's mom, Patricia Pieri, died a couple of years ago from a rare brain illness and Isabelle struggled to do her own hair. 47-year-old Tracy Dean, who has been driving the bus for Alpine School for 10 years, noticed that the little girl was having trouble doing her hair. So as part of her morning route, the kind bus driver began braiding the hair of the young student.

"I can tell she was struggling with her hair," Dean told ABC News. "We usually do two French braids first and once in a while she just wants one braid. I also taught her how to brush her hair. "She'd get on the bus and she'd say, 'I brushed my hair. Does it look good? I'll say, 'You did awesome.'" Dean is a mom to four children herself and has one child close to Isabelle's age. She doesn't think that braiding the little girl's hair every morning is a big deal.  "It's just the way my mom raised me, to be nice to everyone—people who need a little love in their life," said Dean, adding, "I like to give all of the kids a chance—even the naughty kids."

Isabelle's dad worked at a convenience store near his house in American Fork, Utah, and worked tough hours. He tried fixing his daughter's hair after his wife died but admitted he couldn't do a great job.  "She'd get mad at me for pulling her hair," said Pieri, "I didn't know how to do it. One day [Isabella] came home and it looked beautiful. I call her my princess and she looks the part, she plays the part and her confidence is way up, which is what I've been intending." He was grateful to the kind bus driver who turned his daughter into the princess that she is. "She's such a nice woman," he said of Dean.

According to NBC News,  it was so difficult to manage Isabelle's hair that her dad had to give her a crew cut. But thanks to Dean, Isabelle could show off her hair in the loveliest of braids. Once they'd get to school and all the students got off the bus, Dean spent some extra time with the little girl to do her hair. Dean herself was diagnosed with cancer years ago and she thought to herself, "what if it were my child?" Isabelle's mother got sick when the little girl was just three years old and passed away by the time Isabelle was 9 years old. But thanks to Tracy Dean, life's been a little better, thanks to her sweet gesture. Isabelle exclaimed that " Tracy is the best bus driver in the whole galaxy!" And we couldn't agree more.