The PACT, or Preventing Animal Cruelty and Torture Act, was introduced by Florida congressmen Ted Deutch and Vern Buchanan. 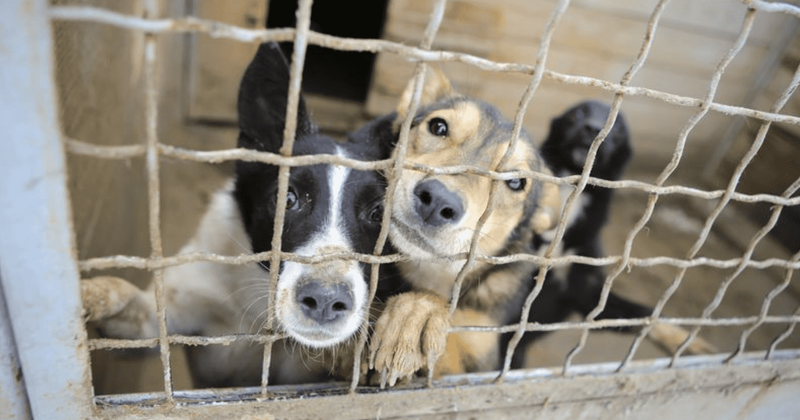 In an attempt to end animal cruelty. The House has unanimously passed a bill that makes animal cruelty a federal felony. Introduced by Florida congressmen Ted Deutch and Vern Buchanan the PACT Act has been approved by the House on Tuesday, reports CNN. The bill that stands for Preventing Animal Cruelty and Torture is now federal law. Why was this necessary? Earlier federal law only involved banning animal fighting and also the selling and production of videos depicting animal cruelty. If passed by the Senate, officials can arrest those who abuse animals which includes acts like crushing, burning, drowning, suffocating, and impaling animals and sexually exploiting them. The legislation contains exceptions for hunting.

We passed the #PACTAct! Thank you to Rep @VernBuchanan & all of the #animalwelfare advocates who helped get us here.

Special thank you to all the animal lovers everywhere who know this is simply the right thing to do.

This is a major step to end animal abuse & #protectourpets. pic.twitter.com/PqlKStwBPX

Under this law, those charged can serve up to 7 years in prison along with federal felony charges and fines. "The torture of innocent animals is abhorrent and should be punished to the fullest extent of the law," Buchanan said. "Passing the PACT Act sends a strong message that this behavior will not be tolerated." Criminals can also be charged if the abuse occurs on federal property. "These malicious acts deserve federal scrutiny and action. Federal prosecutors and law enforcement officials will finally have the tools they need to bring those responsible for cruelty to animals to justice," said Humane Society Legislative Fund President Sara Amundson.

Amazing work!! Nice to see the government doing something good in times like this

Congressman Vern Buchanan also took to announce the news on his Twitter handle, writing: The U.S. House just passed the #PACT Act, legislation that I introduced with my colleague @RepTedDeutch to criminalize animal abuse. This important piece of legislation would make animal cruelty a federal offense. Great news for my fellow animal lovers!

Internet users applauded the move and many animal lovers were glad to see the bill finally on its way to becoming law.  Twitter user @OnlyNomaly responded: Thank you Congressman @VernBuchanan and Congressman @TedDeutch for your dedication and tireless work on this amazing passage!! Thank you, thank you, thank YOU VICTORY FOR THE ANIMALS!!

The U.S. House just passed the #PACT Act, legislation that I introduced with my colleague @RepTedDeutch to criminalize animal abuse. This important piece of legislation would make animal cruelty a federal offense. Great news for my fellow animal lovers! pic.twitter.com/fK4qAppXnK

"Today’s vote is a significant milestone in the bipartisan quest to end animal abuse and protect our pets. This bill sends a clear message that our society does not accept cruelty against animals," Deutch said Tuesday. “I’m deeply thankful for all of the advocates who helped us pass this bill, and I look forward to the Senate’s swift passage and the President’s signature.”  Animal Wellness Foundation Director of Federal Affairs Holly Gann added, “Most people are shocked to know that the U.S. does not have a federal animal cruelty law. Enacting this bill sends a signal that our nation has no tolerance for intentional cruelty toward animals.” According to CNN, the bill has been endorsed by the National Sheriffs Association and the Fraternal Order of Police. The measure must next pass the Senate, which has not scheduled a vote on it.