trending celebrity people lifestyle news animals
Two-Week-Old Baby Dies In Front Of His Parents After Car Crashes Into Stroller. It Was His First Outing

Two-Week-Old Baby Dies In Front Of His Parents After Car Crashes Into Stroller. It Was His First Outing

The incident took place in Walsall, West Midlands. The suspect allegedly ran away before being caught hours later. 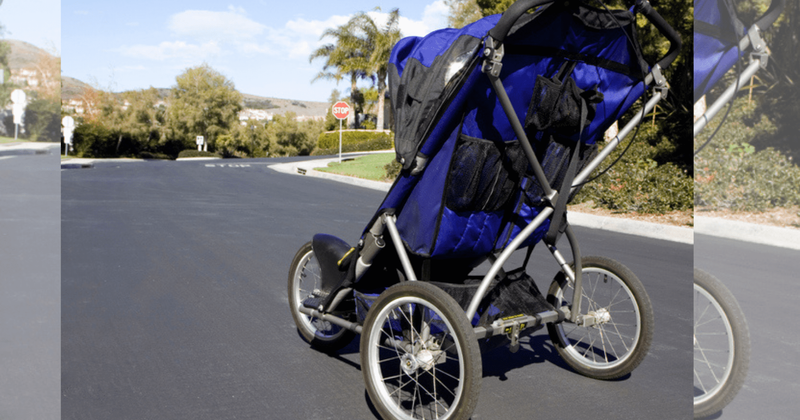 In a horrific incident, a two-week-old baby boy died after his stroller was pinned against a wall in a crash. The incident occurred around 4 pm on Sunday when a BMW1 Series car collided with a Ford B-Max in Brownhills, Walsall, West Midlands in the UK. The crash took the BMW onto the pavement which then plowed into a parade of shops and trapped the pram. The 34-year-old driver reportedly fled the scene soon after the incident. However, he was arrested by police shortly after in Bloxwich and has been taken in for questioning for dangerous driving, The Sun reports.

Driver 'who fled scene' is arrested over death of two-week-old baby boy after BMW slammed mother and pram into wallhttps://t.co/4d5S52h6NH

The baby was being pushed by his mother and father before the accident which caused him serious injuries. He was soon rushed to a hospital nearby, according to West Midlands Police. Unfortunately, the baby couldn't be saved. Speaking to Sun Online, a witness present at the scene said the baby's parents were "hysterical" and onlookers rushed to calm them down before paramedics could arrive. "All I saw was a car that had pinned a baby in a buggy up a iron gate (sic)," a witness said. "It had just happened as I left the island to enter Brownhills High Street to go home. I just stopped to see if I could do anything, but was unable to help."

Various photos from the scene revealed that the Ford had suffered considerable damage to its driver's side with witnesses adding that an air ambulance was called onto the scene. Police cordoned off the road after the incident and examined the cars involved in the shocking collision. In order to get a clearer view of the crash, the Midlands police have urged people with information to step forward. Sergeant Mark Crozier termed the incident a tragedy and said the department is doing "all we can to support his family during this deeply devastating time. We're in the process of speaking to witnesses and establishing the circumstances around this collision. We understand the shock this will have caused but I would ask people not to speculate on what happened."

Yesterday a two-week old baby in a pram on the pavement in Walsall was killed by a driver who fled the scene. Lets all be enraged by cyclists though. https://t.co/GnnVGKNy6W

The department has also begged anyone with dashcam footage with before or after footage of the collision to contact them. Meanwhile, a spokesperson for the department issued a clearer statement of the incident as well as the mayhem caused by it all. "A two-week-old baby has died after being hit by a car in Brownhills this afternoon (4 April). A BMW is understood to have been involved in a collision in High Street with another car before striking his pram at around 4 pm. The young boy was being pushed along the pavement by family at the time and suffered serious injuries. He was rushed to the hospital but nothing could be done to save him."

Baby killed after pram is pinned against wall by car in horror crash in Walsall https://t.co/tKOz6N2Ycy

The statement added that a relative also suffered a shoulder injury but nobody else was injured. Talking about the suspect who caused the death, the statement added: "He has been taken into custody and will be questioned on suspicion of causing death by dangerous driving." In another similar incident, a one-year-old baby boy died after his 24-year-old mom sped and crashed her car. Lauren Prescia was arrested by Las Vegas police after she was speeding at over 121 miles per hour and crashed her car leading to her son, Royce Jones', death. "He didn't deserve that," Cameron Hubbard-Jones, the boy's father, told KTNV of the incident that took place in July. "He was so perfect." An arrest report stated that Prescia appeared to be under the influence when police arrived on the scene at about 7:34 pm that day.

A two-week-old boy died on Easter Sunday afternoon after his pram was hit by a car in Brownhills, Walsall, West Midlands in England. (https://t.co/WkGM8BpOUX)