The 20-year-old woman was said to be romantically involved with the 15-year-old girl, said the police. 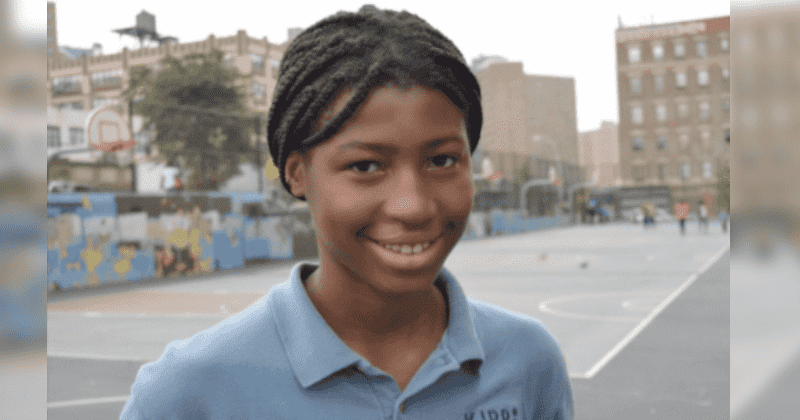 Two 15-year-old teenagers have been arrested for allegedly killing a 20-year-old mother with mental health issues, in an incident in the Bronx. The teenagers, a boy and a girl, had killed the young mother, Nyla Bond, for reportedly sharing sexually explicit photos of the teenage girl on November 2. The authorities labeled the murder of Nyla Bond as "revenge homicide." According to Daily News, it was the 15-year-old girl who arranged the killing of her ex-flame. According to reports, the girl lured Nyla Bond to her father's apartment where she was stabbed in the chest by an accomplice, a 15-year-old boy, and hit with a cane by another accomplice. The girl and her accomplices were arrested after surveillance footage showed the young mother walking with the girl on the fourth floor of the Bronx apartment. The footage also showed two young men waiting in the hallway of the residence. Nyla Bond is a mother to an 11-month-old baby.

The authorities suspect the young mother was killed for releasing explicit pictures of the 15-year-old girl but the motive hasn't been confirmed yet. The New York Police Department said the 20-year-old woman was said to be romantically involved with the 15-year-old teenage girl. The girl also proceeded to send a cold message to the victim's mother, Shadonna Watson, on Facebook the following day. She allegedly messaged her, "So sorry for your loss, mama bear." The police have taken into custody the 15-year-old girl and one of her accomplices. Both teenagers have been charged with murder, manslaughter, and possession of a weapon. The third suspect is yet to be arrested. “This is a planned revenge homicide,” said a police source.

“She said ‘So sorry for your loss, mama bear.’ This girl is the devil."

The victim's mom got the teen suspect's Facebook message after the murder.

The girl is accused of luring Nyla Bond, 20, to a hall where a teen plunged the blade into Bond’s chest.https://t.co/L0RqIhdnJC

“She set my daughter up and she even messaged me on Facebook afterward. She said ‘So sorry for your loss, mama bear.’ This girl is the devil. That girl cut my daughter a few weeks ago. If she did that, she probably came back to finish the job,” said Bond's mother. The cops did receive a complaint from the victim on October 13. The complaint stated that she was attacked by an ex who slashed her face and stabbed her in the back and buttocks. However, the victim only knew the nickname of her ex at the time, so the police didn't launch an investigation into the matter. Nyla Bond's mother suspects the teenager sent her a condolence message as cover for her hand in the murder.

I was honored to teach Nyla, to have experienced her humor and determination. She brought electricity to everything she did. She was too young, with so much ahead of her, and left so much behind. If you can give, please do.
Remembering Nyla Bond https://t.co/xxQz985eVY

Nyla Bond had mental health issues and has previously been admitted to psych wards. A GoFundMe page has been launched to take care of the future of Bond’s son. It has raised more than $6,000 at the time of publication of this report. “Nyla was a bright light in the lives of family, friends, and the greater community.  She was a beloved daughter, sister, friend, and new mother.  Her smile, spirit, bright mind, and infectious laugh stay with all of us who were fortunate enough to have her touch our lives. Nyla was truly one of a kind. She lives on through her 11-month-old son, Chance, who turns one year old this Thanksgiving. As educators who had the privilege and honor of having Nyla as part of our community at KIPP Infinity Middle School, we are accepting donations to go toward Chance's care and future and to support costs incurred by her family during this time. We love you and miss you, Nyla,” read a message on the page.