Robin Williams' birth anniversary was on July 21 and he would have turned 70 this year. 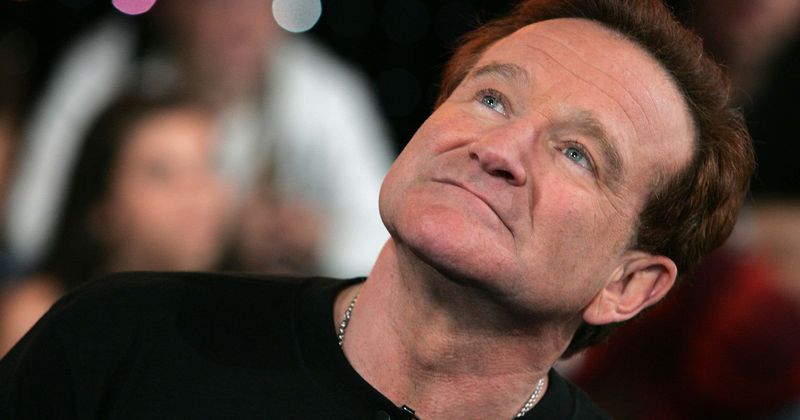 As audience and fans of celebrities, we develop a certain bond with these public figures based on our perception of them. Whether it's a character they play onscreen or the way they present themselves in interviews, we feel a certain kinship to them even though we may have never interacted with them. We wish them well from afar and root for their success.

What celebrity death, in your lifetime, hit you the hardest?

But nothing really prepares us for an untimely demise of a beloved celebrity. It might even affect us personally and leave us devastated. So when a Twitter user asked which celebrity's death hit them the hardest, there was a range of answers but people could agree that Robin Williams' death was one of the most shocking to hear about. July 21 was his birth anniversary and he would have turned 70.

One user replied, "Robin Williams, why are people who make us laugh often so sad?" Williams died by suicide in 2014 and had recently been diagnosed with Parkinson's. It was only much later that an autopsy revealed that he actually had Lewy body dementia. It is an aggressive and incurable brain disorder that has an associated risk of suicide, reported Vanity Fair. "The doctors said to me after the autopsy: ‘Are you surprised that your husband had Lewy bodies throughout his entire brain and brain stem?’ I didn’t even know what Lewy bodies were, but I said: ‘No, I’m not surprised.’ The fact that something had infiltrated every part of my husband’s brain? That made perfect sense,” Williams wife, Susan Schneider told The Guardian.

The Oscar award-winning actor was loved by all. His death came as a shock not only to his family and friends but to fans around the world. Here's what some of the Twitter users said many years after his death.

There were a few one would definitely be Robin Williams the dude was so kind and talented I wish he was still here flubber is still one of my favourite movies pic.twitter.com/69Godo1U2R

Agreed. That said, I make all the exceptions in the world for Robin Williams. pic.twitter.com/uFBqnC5rjw

Before Robin Williams I didn’t understand why people got so sad over someone they had never met. But when I heard on the radio I remember pulling over to cry in my car. He felt like family to me. Now I get it. pic.twitter.com/j09XZrPlkf

Definitely Robin Williams. This wonderful man was an absolute god send in my childhood. pic.twitter.com/S3iGODwjfW

Robin Williams. Meeting him was my Make-A-Wish, grateful to be alive to remember it. pic.twitter.com/3T28RXV348

There'll never be another human being, even remotely like him pic.twitter.com/lvrrD5d01W

Robin Williams, I had the chance to meet him in Afghanistan. pic.twitter.com/XNb3uxhOwq

Williams started experiencing various physical ailments in 2013 all of which seemed unrelated to the other. “It was like this endless parade of symptoms, and not all of them would raise their head at once,” Schneider recalled. “It was like playing whack-a-mole. Which symptom is it this month? I thought, is my husband a hypochondriac? We’re chasing it and there are no answers, and by now we’d tried everything.” He seemed like a completely different person and even his friends were able to see a change in him. Both physically as well as in his behavior.

Billy Crystal remembered the time they went to watch a movie together in Los Angeles and said, “I hadn’t seen him in about four or five months at the time, and when he got out of the car I was a little taken aback by how he looked. He was thinner and he seemed a little frail.” But his diagnosis came a little too late and even the doctors were surprised to find the extent to which the disease had spread. “LBD can be a devastating diagnosis, but if people get the right support and treatment, then they may be able to have a good quality of life for a number of years,” Rachel Thompson from Dementia UK. Unfortunately for Williams, the misdiagnosis meant he could not get the treatment he could have.

Twitter users also shared how the deaths of other celebrities like Amy Winehouse, Princess Diana, Heath Ledger, Chester Bennington, John Lennon also came as a shock to them. One user wrote: Chester Bennington. During the darkest years of my life, LP’s music was my therapy... Helped me not feel alone. Helped me process. Helped me grow and become strong again. Saved my life. His death broke a piece of my soul. The lead singer of the rock band Linkin Park died of suicide on July 20 four years ago.