Users on Twitter called out Hulu for joining the bandwagon cheapening the Black Lives Matter movement. 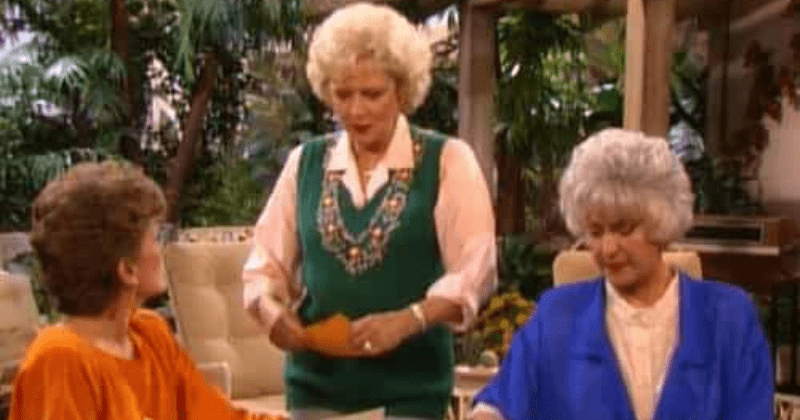 The Black Lives Matter movement has motivated production houses and streaming services to pull series and episodes with racist undertones, with plenty of shows already being scrapped almost entirely, or put on an indefinite halt. The latest to join the list is The Golden Girls, and the streaming network it is part of—Hulu—has decided to remove an episode from its platform for an alleged blackface depiction and is now facing a lot of flak, reports Today. The episode in question is called "Mixed Blessings", which aired originally on NBC in 1988 where Dorothy, played by Beatrice Arthur, is concerned about her son marrying an older woman, Lorraine, essayed by Rosalind Cash. Meanwhile, Lorraine's mother, played by Virginia Capers, is upset because Dorothy's son is White and her daughter is Black.

Hulu has removed an episode of 'The Golden Girls' that shows Betty White and Rue McClanahan in blackface.https://t.co/jLMGbhQBzJ

The controversial scene, which brought about the episode's removal, involves two of Dorothy's friends—Rose and Blanche, played by Betty White and Rue McClanahan, having on a mud face mask when they meet Lorraine's family for the first time. Per The Hollywood Reporter, Rose can be heard saying: "This is mud on our faces. We’re not really Black." The move has irked thousands of people on Twitter and so they took to Twitter to condemn the action; some even accused the streaming service of trying to "de-legitimize the BLM movement" by adding to "cancel culture". Author Imani Gandy wrote: "I like how they think Black people don’t know our Golden Girls. Dorothy, Rose, Sophia, and Blanche are the least problematic white women in all of television which is fairly impressive considering that show was on air in the goddamn mid-80s."

The Golden Girls were woke back then... they wore mud masks not blackface, addressed interracial marriage, pro LGBT rights.

Rule number one... when coming for Betty White, don’t.

This has zero to do with changing systemic racism and police brutality.

Gandy's sentiments were echoed by thousands of others who went on point out that the movement wants the police to stop killing unarmed black men not take episodes from 20-30 years ago off-air for perceived racist behavior, not actual ones. A user named Shawn wrote: "Come on now. Black women and gay folks are not offended by the mud masks episode. The CEO of Hulu, Netflix, and other streaming platforms are taking things too far. Just tell the cops to stop killing unarmed black people." Writer Roxane Gay explained, "Removing this episode is weird, counterproductive and stupid. It diminishes the effort to actually end racism. It’s just so dumb."

Shat ahp. This isn't going to put these murderers with guns and badges, courts or the system in general in their rightful place. And skincare is ok. Blackface is not. It's little things like this that make the GOP mock real issues bc this is all they see

User Raevin accused streaming platforms of cheapening their message: "Yeah, these companies and media platforms are trivializing the situation by sending the message that our demand for justice is as petty as removing episodes of the Golden Girls off a streaming platform. This is a calculated effort to cheapen our message." LittleButTalawa wrote: "As a Black person, I can tell you that The Golden Girls is awesome, they weren’t wearing blackface in that episode, and right-leaning extremists are doing these gestures to make a mockery of the true requests of Black people."

Hulu's decision comes in the wake of tens of other distributors removing scenes or episodes that depicted blackface. Just this month, Tina Fey urged the removal of four episodes of 30 Rock, a show that aired on NBC as some of the characters used blackface. The episodes in question are also no longer available for purchase on iTunes or Google Play. In a statement, Fey wrote: "As we strive to do the work and do better in regards to race in America, we believe that these episodes featuring actors in race-changing makeup are best taken out of circulation. I understand now that ‘intent’ is not a free pass for white people to use these images. I apologize for pain they have caused. Going forward, no comedy-loving kid needs to stumble on these tropes and be stung by their ugliness. I thank NBCUniversal for honoring this request."

I don't think *any* blackface episodes should get taken down - it's so important to have records of these huge racist blindspots in pop culture and to contexualize them for audiences.

But it's *especially* bonkers to take down this Golden Girls episode https://t.co/Bf29KtzT7u

Them: so.. golden girls had blackface? Lets get on that 😤
Lets put the kente cloth on and kneel while we're at it
You want a street named after you? Got it