Despite warnings from the FDA, the President claimed he was taking the unapproved drug after consultation with his doctor. 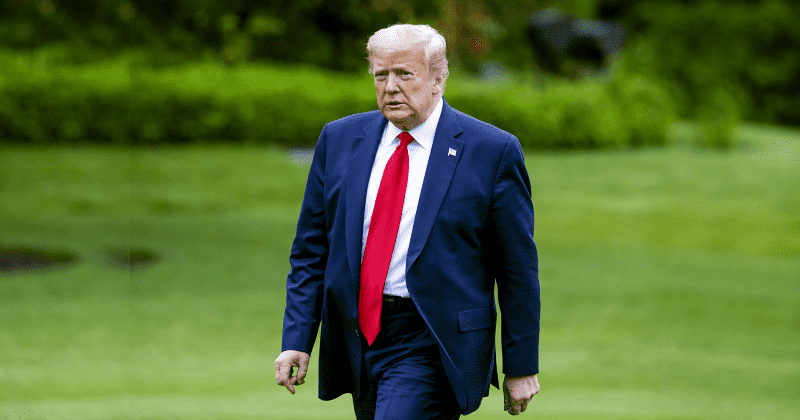 You certainly don't want medical advice from the guy asking you to drink bleach, but of course that's not going to stop him from dishing out free advice. President Donald Trump is once again pushing unapproved drug hydroxychloroquine, this time claiming that he's taking it as a preventive measure to Coronavirus. Not many bought his claims that he was consuming the unapproved drug. He urged Americans to try the antimalarial drug, despite medical experts warning against the idea, reported CNN. Nancy Pelosi said Trump shouldn't be consuming unapproved drugs and pointed to Trump's age and 'morbid obesity' as an added reason to not experiment.

Nancy Pelosi on Trump saying he's taking hydroxychloroquine: "He's our president and I would rather he not be taking something that has not been approved by the scientists, especially in his age group and in his, shall we say, weight group -- morbidly obese, they say." pic.twitter.com/7A8cXOjOKj

Pelosi said it wasn't a good idea for Trump to be taking hydroxychloroquine. "As far as the President is concerned, he's our President and I would rather he not be taking something that has not been approved by the scientists, especially in his age group and in his, shall we say, weight group, that is ... morbidly obese, they say. So I think it's not a good idea," said Pelosi.

When asked if the White House doctor had recommended that he take hydroxychloroquine, Trump said, "I asked him what do you think, he said, 'Well if you'd like it,'" said Trump. Just for perspective, this is a drug that has killed people and the President is claiming that his doctor told him he could consume it if he liked it. Studies published in the Journal of the American Medical Association and the New England Journal of Medicine have shown that the drug doesn't fight the virus.

It's not the first time he has pushed the drug on to the American people. "What do you have to lose?" said Trump while promoting the drug in April, reported The Independent. "It's been out there for a long time. What do you have to lose? I hope they use it." FDA and the National Institutes of Health issued warnings about taking the antimalarial drug to fight  Coronavirus. The President's physician Navy Commander Sean Conley backed Trump's comments and released a memo stating the same. "After numerous discussions, he and I had regarding the evidence for and against the use of hydroxychloroquine, we concluded the potential benefit from treatment outweighed the relative risks," wrote Conley. Trump said there was no harm trying, claiming you wouldn't die but FDA has stated that you could die or suffer from serious side effects, including heart failure.

Fox News's Neil Cavuto is stunned by Trump's announcement that he's taking hydroxychloroquine: "If you are in a risky population here, and you are taking this as a preventative treatment ... it will kill you. I cannot stress enough. This will kill you." pic.twitter.com/e6D5alfAgc

Last month, Trump said ingesting disinfectants could cure Coronavirus. "I see the disinfectant where it knocks it out in a minute,” said Trump. “One minute! And is there a way we can do something, by an injection inside or almost a cleaning? Because you see it gets in the lungs and it does a tremendous number on the lungs, so it’d be interesting to check that. So, that you’re going to have to use medical doctors with, but it sounds interesting to me,” he added. Medical experts pleaded with Americans to not listen to Trump.