The woman continued shopping while insulting them and promoting racial stereotypes about Black people being poor. 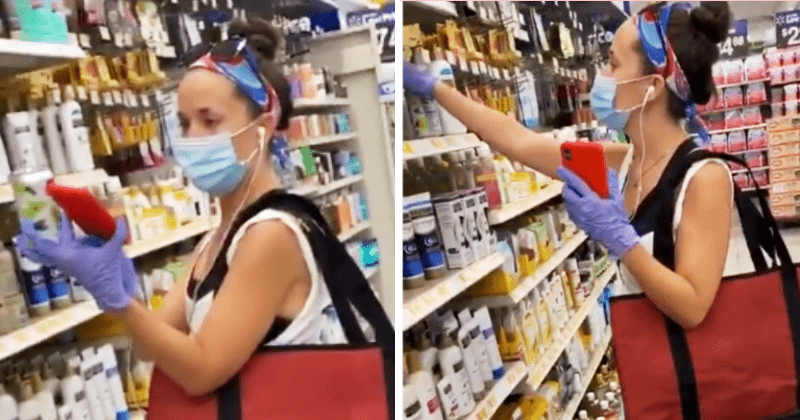 Trigger Warning: The story has details of race-motivated violence and police brutality that readers may find disturbing

A video posted online shows a Karen appealing to Trump after calling two Black women the N-word and referring to them as animals. It's no surprise that Donald Trump is the go-to for racists and white nationalists, given that the President is a well-documented racist. The incident happened at a supermarket and the two Black women started filming the white woman after she called them a racial slur. The white woman then continues shopping as if nothing happened. In the video, the woman can be heard saying she should call the "detail cop who is actually working to pay bills, instead of on welfare." Karen was trying to imply that the Black women were on welfare support. She can then be heard saying the N-word.

My friend recorded this today in Walmart smh. pic.twitter.com/sPOi8o3ufD

"N****** who are on food cards for 10 years or more, and they live in [unclear] housing," says the white woman while recording the two Black women as well. The two women are shocked at her language and continue to film the entitled white woman. "This is why they get shot and killed—because this is how they act," said Karen, before adding, "Look at this Donald Trump, they’re animals." The woman's face could not be made out clearly as she was wearing a mask, which surprisingly goes against what Trump has been preaching.

“I will teach my grandkids to hate you all” pic.twitter.com/f2IO0awyjg

In the wake of the widespread protests across America, sparked by George Floyd's death, Donald Trump has made it evident that he doesn't stand with protestors. Earlier this month, President Donald Trump threatened to shoot those protesting the death of George Floyd and called them thugs. Trump tweeted: These THUGS are dishonoring the memory of George Floyd, and I won’t let that happen. I just spoke to Governor Tim Walz and told him that the Military is with him all the way. Any difficulty and we will assume control but, when the looting starts, the shooting starts. Twitter responded by flagging the tweet, stating that it glorified violence.

Trump supporters are disgusting. These Franklinville, NJ Trump supporters mockingly re-enacted the George Floyd murder. This needs to go viral! Who is this man? pic.twitter.com/xOOV2F7yNs

Earlier this month, a group of Trump protestors was captured mocking the death of George Floyd. A white man among a group of Trump supporters protesting the Black Lives Matter demonstration was seen kneeling on the neck of another man. He could be seen yelling at the Black Lives Matter protestors as they passed by, reports The Hill. George Floyd died after a white cop, Derek Chauvin, kneeled on his neck for more than 8 minutes, causing asphyxiation. The incident happened in New Jersey. The group of counter-protestors was all seen holding banners supporting Trump with a few reading: All Lives Matter. Daryan Fennal, who organized the Black Lives Matter protest, said it showed him "that racism is real, racism is alive, it's right next door to you."

Christian Cooper, the target of this false accusation, is a Harvard graduate, a former Marvel Comics editor and now the senior biomedical editor at Health Science Communications. He was BIRD WATCHING in Central Park when this occurred. It can happen to any of us. At any time.

There has been a spate of Karen videos that have emerged in the midst of the Black Lives Matter protests. The protests demanding racial equality have triggered the racist population in America. Countless videos show entitled white men and women making racist comments at Black people. One of the first prominent Karen cases was when a white woman, Amy Cooper, at Central Park called the NYPD claiming she was being threatened by an "African-American man." In truth, Christian Cooper, the person in question, had only asked her to leash her dog as the park rules state. Amy's tone drastically changes once she calls the cops, talking to them in a very high pitch voice and playing the victim. She also factors in the fact that African-Americans are targeted by cops disproportionately. Amy can be heard saying, "I'm taking a picture and calling the cops. I'm going to tell them there's an African American man threatening my life."