Trump Says All US Troops In Afghanistan Will Be 'Home By Christmas', Confuses Military Advisers

The announcement made on Twitter seems to have confused his own government's senior military officials and contradicts the national security adviser's comments made a few hours before the tweet. 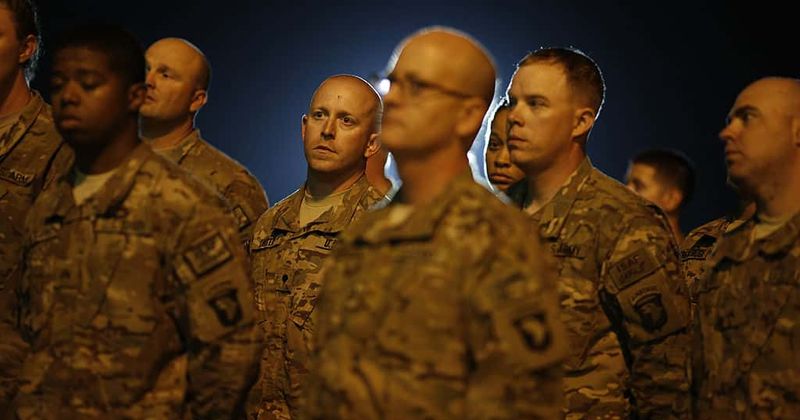 In an announcement that some have viewed as a ploy to turn the American public's attention away from his the coronavirus coverage, President Donald Trump stated all American troops in Afghanistan would be "home by Christmas." The news has come as a surprise even for Trump's own top military personnel and advisers, especially at a time when a power-sharing deal is being negotiated between the local government and the Taliban with the U.S being a major stakeholder. Taking to his favorite social media platform, Trump wrote: We should have the small remaining number of our BRAVE Men and Women serving in Afghanistan home by Christmas!' Trump's tweet was posted few hours after his national security adviser, Robert O'Brien said the number of troops in the country would be reduced from the present 5,000 to by 2,500 by early next year, Daily Mail reports.

We should have the small remaining number of our BRAVE Men and Women serving in Afghanistan home by Christmas!

Trump made a surprise announcement on Wednesday night that the remaining U.S. troops in Afghanistan "should" be home by Christmas.

In doing so, he drastically accelerated the timeline for withdrawal and managed to undercut his own nat'l security adviserhttps://t.co/0NZ82QMiDY

Thus, Trump's tweets seem to be in contradiction to O'Brien's comments. "Ultimately, the Afghans themselves are going to have to work out an accord, a peace agreement. ... It's going to be slow progress, it´s going to be hard progress, but we think it´s a necessary step - we think Americans need to come home," O'Brien had said during an event at the University of Nevada, Las Vegas on Wednesday. It has been 19 years since the United States invaded Afghanistan to topple the Taliban rulers that harbored the Al-Queda leaders responsible for the deadly 9/11 attack. The peace negotiations have been slow since then. Recently in February, an agreement had been reached between the Taliban and the United States for troop withdrawal by May 2021. In return, the Taliban had agreed to negotiate a permanent ceasefire and a power-sharing formula with the Afghan government.

We have the greatest troops in the world—and our troops in Afghanistan are coming home by the end of the year. pic.twitter.com/dC69OGkocS

The New York Times asked a top military official about Trump's announcement who seemed surprised by it. "Asked about the tweet, a senior U.S. military official was silent for a moment before saying, “Oh my God!” The official said he was not aware of such a decision," the report stated. Another senior US military official, who spoke to the newspaper on the condition of anonymity, "raised questions about the timing of the conflicting comments on troop cuts in Afghanistan from Mr. Trump and his adviser, Robert C. O’Brien", the report added. Trying to rush the withdrawal of troops will lead to a reversal of years of effort at peace in the country and the most recent peace agreement according to military officials. A number of military experts and scholars have also tamed the optimism of Trump's withdrawal plan, calling it an impossible deadline.

"Asked about the tweet, a senior U.S. military official was silent for a moment before saying, 'Oh my God!'. The official said he was not aware of such a decision."https://t.co/agvMhRIt6p

“It’s no surprise that the Taliban have welcomed Trump’s announcement that he’d have the troops home by Christmas. They spent 19 years fighting for this. This is the last leverage the US had left in talks with the Taliban, and Trump is proposing to give it away for free,” said Ashley Jackson, the director of the ODI’s Centre for the Study of Armed Groups, according to a report in The Guardian. Jason Dempsey, a former infantry officer who served in Afghanistan, stated, “It’s October, so no – it’s ridiculous. It’s simply can’t happen. We could make some superficial show of pulling out uniformed troops, but obviously we still have a very massive contractor presence, and we would need a uniformed headquarters to oversee the shutdown and withdrawal of everything we have in country.”

Dempsey sarcastically commented on Trump's tendency to make ad-hoc policy decisions on Twitter and said, "I think the lesson we all should have learned after four years is the president’s conception of his powers doesn’t go anywhere beyond his enjoyment of having an expanded Twitter presence. We’ve become so inured to these kind of kneejerk attempts to win the news cycle that nobody will be talking about this 48 hours from now.” The Taliban, on its part, has welcomed Trump's statements as “a positive step towards the implementation of [the] Doha agreement,” according to Mohammad Naeem, a spokesman for the group. Doha is where the peace negotiations have been going on.