Trump And Melania Don't Sleep Together, It's A 'Strange Marriage', Claim Former Housekeepers

Trump often complained of Melania, her parents, and their son speaking in Slovenian, a language he didn't understand. 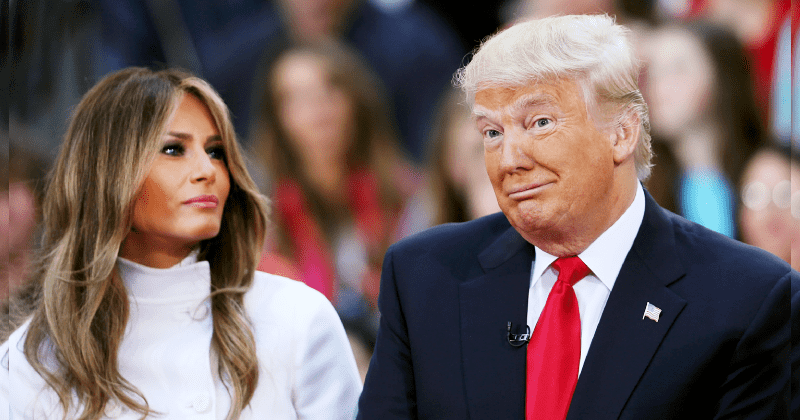 According to a new book on the first lady, Donald Trump and Melania Trump share a very "strange marriage" and hardly ever act like how a family normally would. The President's former housekeepers revealed the details of their marriage and Melania Trump's lifestyle to Mary Jordan, a Washington Post journalist, who penned the book on Melania — The Art of Her Deal: The Untold Story of Melania Trump. The book was released on Tuesday, June 16. Mary Jordan, who has won the Pulitzer Prize for her reporting, acquired information on the first lady from two former housekeepers, who were both immigrants.

The housekeepers were employed by Trump at his New Jersey golf course. They revealed that the couple never shared bedrooms when they visited the Trump National Golf Club in Bedminster. Reports have also suggested that they don't share a bed at the White House either and have separate schedules with little time for themselves. The housekeepers described the couple's marriage as strange, according to Inside Edition. They said that Trump usually takes a room on the second floor at the clubhouse while Melania and Barron had separate suites on the same floor. The book penned by Washington Post reporter Mary Jordan, 'draws an unprecedented portrait of the first lady' based on interviews with more than 100 people.

One of the former housekeepers, Victorina Morales, who hailed from Guatemala and worked at the clubhouse from 2013 to 2018 said, “It’s a strange marriage.” She also revealed that Melania had a room for massages in her own suite. Morales was also responsible for preparing the room and said that Melania likes the room to be filled with candles, music, and sounds of nature including that of running water. The housekeepers also said that maids were not allowed to enter the mansion at Bedminster without donning latex gloves and blue cloth shoe covers. She also instructed the housekeepers to leave red and white roses on her table.

She noted that the family always seemed detached and rarely bonded with each other. “I never saw them as a normal family, sitting together at a table, eating together, talking. Never, never, never. They spend time in the same place but they don’t interact,” said Morales. She said the Bedminster golf club was the family's favorite hangout location and said they enjoyed spending vacations there. She said Trump prefers to spend the day playing golf. On a rare occasion, he spends time with Melania and Barron after having lunch or dinner at the clubhouse. Despite spending time together, they carried on with their own personal tasks, without really interacting with each other. Trump would often sit on the couch with his feet on the coffee table while Melania spent time on her computer. Barron enjoyed playing video games or watching television.

Sandra Diaz, another former housekeeper at the Bedminster claimed that Melania isolated herself completely from her close circle, having almost no friends. She claimed that Melania led an insulated life. The housekeeper said Melania always looked sad or burdened. Diaz says the first lady spends all of her time with either her son, Barron, or her parents Viktor and Amalija Knauss. They had become US citizens in 2018 and are always around Melania. They also spent a couple of months at the clubhouse during summers. Barron Trump knows to speak Slovenian and the housekeepers said it was common for Melania, Barron, and her parents to talk in Slovenian. Trump had even complained of them speaking Slovenian while he was present.

They also noted that she often applied tanning spray before stepping out, which meant that the maids had to “make sure any traces were removed from the white surfaces in the bathroom.” However, they recalled her as a nice person, “who, despite the language gap and her strict demands, always treated them with more respect.”