The Trump siblings told nephew to learn CPR to help his son in the event of the baby suffering a cardiac arrest. 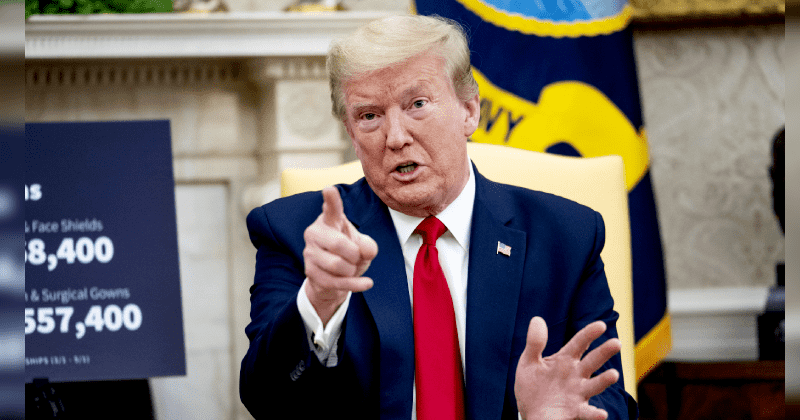 Content warning: This story contains details of ableism that readers may find disturbing

It has emerged that Donald Trump, along with his siblings, refused to pay for the medical care for their nephew's disabled son, who was born with extensive health complications including frequent seizures. The Trump siblings refused to pay for the boy's care, calling it "expensive babysitting." They also chided their nephew and niece for not thanking them for their generosity. The details of the family feud are set to be laid bare in a book written by President's niece Mary Trump — Too Much and Never Enough: How My Family Created the World's Most Dangerous Man. In the book set to be released next month, Mary Trump will provide details of a lawsuit filed by her and Fred Trump III, the children of Donald Trump's older brother Fred Jr. The lawsuit, filed in 2000, has been obtained by Daily Mail and reveals the bitter legal feud over Fred. Sr.'s will.

The family patriarch, Fred Sr., had promised to cover the medical costs of his elder son Fred Jr.'s family when Fred Jr. died in 1982 from alcoholism-related issues. After Trump Sr. died in 1999, Mary Trump and Fred Trump III learned that they were cut out from the will. The duo alleged in the lawsuit that the Trump siblings, including Donald, their uncle, had manipulated their grandfather when he was suffering from 'significant mental impairment' to cut them out of the will. After Mary Trump and Fred Trump III challenged the credibility of the will, they alleged that the Trump siblings retaliated by cutting Fred Trump III's son William's medical benefits 'maliciously and without excuse or justification.'

The Trump siblings—Donald, Robert, and their sister Maryanne—refused to pay for their disabled nephew's son's healthcare bills, arguing that they had already received millions of dollars from them, before adding that they should be thanking them instead of suing them. A 'thank-you would be extremely appreciated', they wrote in their response to the lawsuit. They also argued that the disabled boy didn't require 24/7 care as had been suggested in the lawsuit. They dismissed the claim as 'expensive babysitting' despite multiple health reports stating that William suffered from frequent seizures.

When Mary and Trump III said William required a nurse at hand, in case he were to suffer a cardiac arrest as had happened once before, the Trump siblings asked their nephew to learn CPR in the event of such an incident arising. "For the possibility that he may have to be resuscitated, as we all know, the American Red Cross periodically trains parents, as well as others, about CPR and treatment," argued the Trump siblings. "The thing that I find most surprising throughout this proceeding, and certainly from my experience with my nephew and my niece, is that they just don't know how to say ''thanks,'' said Robert Trump. "We did not sign a lifetime guarantee. We do not intend to be compelled to make lifetime gifts," he argued.

Mary Trump pulled no punches as she lashed out at them for holding a baby's health hostage while settling scores. "For the defendants to threaten the health of a 10-month-old infant in order to try and force a settlement and thereby cover up their own duplicitous conduct is obscene. They have lied in the probate proceeding and they are lying in this proceeding, attempting to paint themselves as kind, loving and concerned individuals when nothing could be farther from the truth," said Mary. The Trump siblings had informed that they were terminating William's healthcare benefits within a  week of Mary and Fred III challenging Fred Sr's will. "The defendants, who regularly tout themselves in the media as great philanthropists are more than willing to turn their back on the tiniest member of their family in an attempt to bully his father into fading into the night," said Mary.

Donald Trump's niece has promised to reveal the dark inner working of the family, including the "nightmare of traumas, destructive relationships, and a tragic combination of neglect and abuse' that made Donald Trump the man he is today. The timing of the book's release is key because it comes just weeks before the Republican National Convention, where Donald Trump is set become the party's nominee for his re-election bid.