Earlier this month the company said it was in the "process of updating older labels" under pressure from an online petition that called out the company because its branding "perpetuated harmful stereotypes." 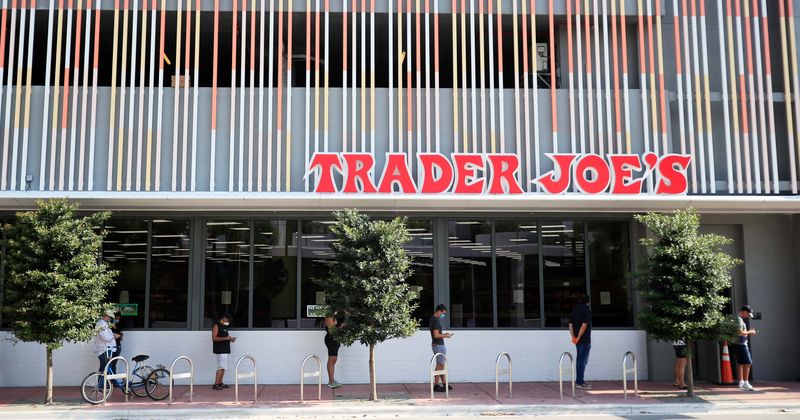 Trader Joe's will not be rebranding certain names despite a petition for the same and one that has garnered much support. The online petition, which was started by a teen named Briones Bedell, labeled the store's branding of certain lines of food as 'racist' and one that promoted 'harmful stereotypes.' The petition has so far received as many over 5,000 signatures of the goal of 7,500. It further stated, "The grocery chain labels some of its ethnic foods with modifications of “Joe” that belies a narrative of exoticism that perpetuates harmful stereotypes. For example, “Trader Ming’s” is used to brand the chain’s Chinese food, “Arabian Joe” brands Middle Eastern foods, “Trader José” brands Mexican foods, “Trader Giotto’s” is for Italian food, and “Trader Joe San” brands their Japanese cuisine."

A spokesperson told ABC7 News that the company disagreed with the petition and denies all charges that the names of the particular lines of food are racist. The person also added that the company makes its decisions based on "consumer purchase" and the "feedback we receive from our customers and crew members" and not on petitions. "If we feel there is need for change, we do not hesitate to take action," while adding that the names of the lines of food which are being labeled racist are actually a way to "show appreciation for other cultures." It is, however, noteworthy that it was the company that said it had decided to phase out and was updating ethnic-sounding names to use only the Trader Joe's name on its products, earlier this month.

Change is good especially accountability from brands that we enjoy. Trader Joe’s: Remove Racist Packaging From Your Products - Sign the Petition! https://t.co/O3ZA0jh36F via @Change #TraderJoes

The refusal to rebrand seems like a complete 180 from this plan. Kenya Friend-Daniel, the company spokeswoman had said in a statement, "While this approach to product naming may have been rooted in a lighthearted attempt at inclusiveness, we recognize that it may now have the opposite effect— one that is contrary to the welcoming, rewarding customer experience we strive to create every day. With this in mind, we made the decision several years ago to use only the Trader Joe's name on our products moving forward. Since then, we have been in the process of updating older labels and replacing any variations with the name Trader Joe's, and we will continue do so until we complete this important work."

Friend-Daniel added, "At this time, I don’t have an exact date but we expect to have the work completed very soon. Packaging for a number of the products has already been changed, but there’s a small number of products in which the packaging is still going through the process." Besides the line of branding, the petition also highlighted it's problem with Joe Coulombe, the founder of Trader Joe's, drawing inspiration for the company from a book called White Shadows in the South Seas and the Disneyland Jungle Trip ride, as mentioned in its website. The petition called the former a "racist book" and the latter a "controversial theme park attraction," while adding that "both...have received criticism for romanticizing Western Imperialism and fetishizing non-Western peoples."

"I felt that the branding was insensitive, and when you put it in this larger context of the Trader Joe's corporate brand philosophy, it becomes more apparent that there's an actual issue of systemic or institutional racism rather than just tone deafness." https://t.co/n08YktfvGp

About the book, the petition further highlighted, "This work demonstrates the horrific legacy of trading companies as they exploited and enslaved the South Pacific in the late 19th and early 20th centuries. Many of these regions are still at a disadvantage today because of how traders ravaged their peoples, their societies, and their natural resources." With regard to the Disneyland Jungle Trip, the petition stated that the ride misappropriated "Indigenous culture and perpetuating stereotypes of native people as primitive and savage. The ride features animatronic people only identified as “headhunters” and “natives” dressed in some sort (of which culture it is unclear) of traditional dress, performing a dance, and playing music - and threatening violence toward visitors."