The legendary singer has won several awards for his talent which includes 19 Grammy Awards and two Emmy Awards. 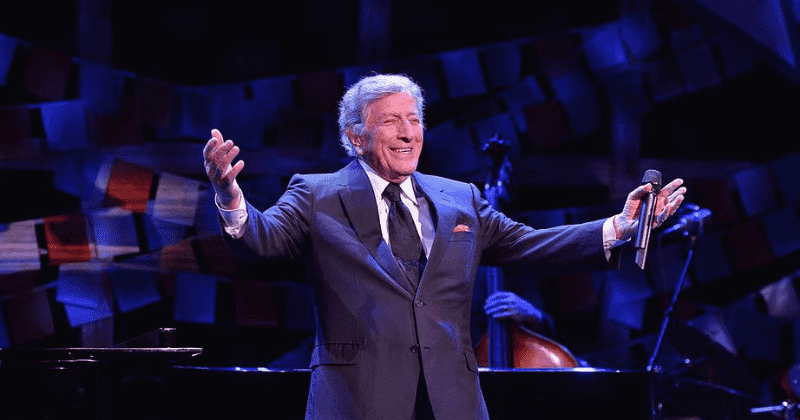 As the famous singer Tony Bennett celebrates his 94th birthday on Monday, celebrities and famous friends from all over the showbiz came together to wish him on his special day. Among the big names, Elton John, Billy Joel, and Stevie Wonder sent out cheerful tributes to the legend, reports People. The singer's very own team also sent out a tweet in his honor and wrote: "Happy 94th birthday to Tony Bennett! We would love to share your warm wishes with him today. Feel free to share your message here, and tell us which album you're playing to celebrate! - Team Tony"

Happy 94th birthday to Tony Bennett! We would love to share your warm wishes with him today. Feel free to share your message here, and tell us which album you're playing to celebrate! - Team Tony pic.twitter.com/ogNj6FSFMw

Elton John posted a video along with his tweet, where he spoke about the current times they live in and how as artists, they are inherently optimists: "I know your saying this year is #TheBestIsYetToCome. I feel like its a good theme to have because at the moment we are going through some very hard times. You and I have probably been through worse than what we are going through. You and I are optimists. Artists usually are. I am hoping that next year, things will completely turn around. People like you and I can go back to work and entertain people. And spread joy and love throughout the world - which it desperately needs at the moment."

Happy Birthday @itstonybennett! Thank you for spreading so much joy throughout my lifetime. Sending you all my love - E xx 🚀 #TheBestIsYetToCome pic.twitter.com/Gvs7Yj5JCW

Meanwhile, Billy Joel wrote: "To my good friend, @itstonybennett - Thank you for bringing the songs I wrote to such glorious life. Happy Birthday! Love, Billy Joel #TheBestIsYetToCome." Elvis Costello wrote: "Happy Birthday, @itstonybennett You have made the world a better place and we will sit like this again, one day. You are the best and #TheBestIsYetToCome With much affection and respect. Elvis Costello." The message was followed with a picture of the two sitting together on a park bench during what appeared to be a morning walk.

Born Anthony Dominick Benedetto on August 3, 1926, in Astoria, Long Island, New York, the Rags To Riches singer developed a penchant for singing at an early age. After briefly serving in the army near the end of World War II, he began working on his singing career by developing a unique technique, which then led to a deal with Columbia Records. It didn't take long for him to release his first hit song Because Of You in 1951 and then followed it up with Rags To Riches in 1953. He began to reach his artistic peak in the 50s as he incorporated Jazz singing into his repertoire before releasing albums such as The Beat of My Heart, Basie Swings, Bennett Sings, and In Person!

On his 94th birthday, today’s #VeteranOfTheDay is Army Veteran Tony Bennett, who served in the 63rd Infantry Division in Europe during WWII. https://t.co/lSuz6U7iFw @itstonybennett

Even though he has sold over 50 million records worldwide, he had to endure a rough patch in the 60s and 70s as he failed to adapt to the pressure of the rock era after which he swerved into the 80s.  On his  90th birthday, Bennett was honored in an NBC special called Tony Bennett Celebrates 90, which included performances from several singers and Hollywood celebs including Lady Gaga, Alec Baldwin, Stevie Wonder, and Bruce Willis at Radio City Music Hall in New York. Speaking to People during the ceremony at the time, he'd said: "I’m still wide awake!", before continuing: "My doctor likes to kick me out of his office and say, ‘There’s nothing wrong with you — don’t bother me!'"

Happy 94th birthday to my friend the legendary @itstonybennett 🎉 50 years ago you recorded #TheBestIsYetToCome and that message is as important today as it was 5 decades ago. Thank you for your positivity, friendship, and music ❤️ pic.twitter.com/AggjZ8NkEF

Happy Birthday @itstonybennett! You hold such a special place in my heart. Whenever I think of you I always Smile, just like Charlie Chaplin wrote. You're beautiful inside and out and the whole world loves you. I celebrate you today from home. But I wish we were Cheek to Cheek 😘 pic.twitter.com/U3KMyRzmK0

Bennett has won several awards for his talent including 19 Grammy Awards and two Emmy Awards. He also founded the Frank Sinatra School of the Arts in his hometown. He has four children with two different wives.