Tommy Kirk, Child Star Of 'Old Yeller' and 'The Shaggy Dog', Dead At 79

Tommy Kirk was 17 or 18 when he first realized that he was gay and that knowledge of his sexual orientation ended up destroying his career, he said. 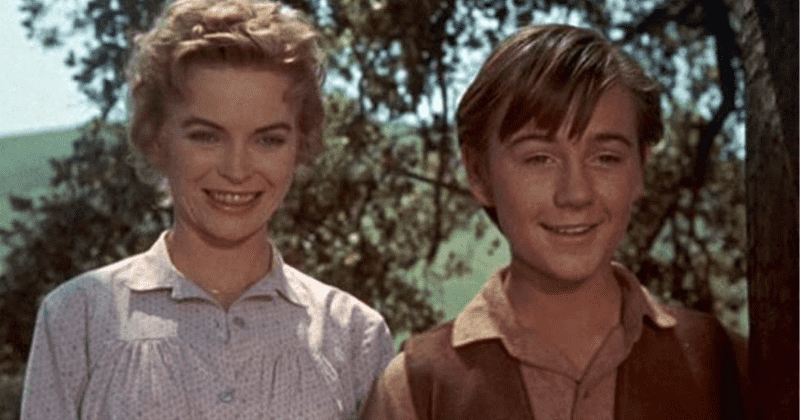 Tommy Kirk, who was one of Disney’s major young stars back in the 1950s and early 60s has tragically passed away. He was 79. His friend and fellow actor Paul Peterson shared the devastating news of his death on Friday. "My friend of many decades, Tommy Kirk, was found dead last night," wrote Petersen, who has been advocating for child actors through his organization A Minor Consideration for long. "Tommy was intensely private. He lived alone in Las Vegas, close to his friend … and Ol Yeller co-star, Bev Washburn … and it was she who called me this morning. Tommy was gay and estranged from what remains of his blood family. We in A Minor Consideration are Tommy’s family. Without apology. We will take care of this."

Disney studio released an obituary written by fellow child actor Tim Considine which read, "He was one of the most talented people I ever worked with. Frighteningly talented. A friend of mine who was a casting director told me that when Tommy Kirk came in to audition, he had never seen a kid actor as good as he was, especially because he could instantly cry on cue. He was a great talent and it was a privilege to work with him and call him a friend." Kirk made his mark in the acting industry with his phenomenal performance in generational touchstone films like The Shaggy Dog, Old Yeller, and Son of Flubber.

During his time at Disney, Kirk starred in movies like the 1960's Swiss Family Robinson, The Absent-Minded Professor, and Babes in Toyland in 1961, Bon Voyage! and Moon Pilot in 1962, Old Yeller sequel Savage Sam in 1963, 1964's The Misadventures of Merlin Jones and The Monkey’s Uncle in 1965. But in 1993, during an interview with Filmfax magazine writer Kevin Minton, he opened up about his sexuality saying he was 17 or 18 when he first realized that he was gay. "Disney was a family film studio, and I was supposed to be their young leading man," he said explaining how the knowledge of his sexual orientation ended up destroying his career.

"After they found out I was involved with someone, that was the end of Disney. I consider my teenage years as being desperately unhappy," he said shared during this interview according to Deadline. "I knew I was gay, but I had no outlet for my feelings. It was very hard to meet people and, at that time, there was no place to go to socialize. It wasn’t until the early ’60s that I began to hear of places where gays congregated. The lifestyle was not recognized, and I was very, very lonely."

"Oh, I had some brief, very passionate encounters and as a teenager, I had some affairs, but they were always stolen, back-alley kind of things. They were desperate and miserable," he added. "When I was about 17 or 18 years old. I finally admitted to myself that I wasn’t going to change. I didn’t know what the consequences would be, but I had the definite feeling that it was going to wreck my Disney career and maybe my whole acting career. It was all going to come to an end." Despite leaving Disney's youth films behind around the mid-60s, he went on to act in a number of famous beach party movies. In the 1964 feature film Pajama Party, he appeared in the role of a Martian. Then in 1966, he starred in The Ghost in the Invisible Bikini and in It’s a Bikini World in 1967.

Kirk also appeared in some low-budget sci-fi movies including 1965’s Village of the Giants and 1968's Mars Needs Women. Born in Lexington, Kirk moved to Downey, Califonia with his family when he was nearly two. He caught the acting bug quite young when he audition for Eugene O’Neill’s Ah, Wilderness! at the Pasadena Playhouse along with his brother, Joe. While his brother did not land the role, Kirk was given a minor part and signed with an agent. He then began appearing in television series like Gunsmoke and Matinee Theatre and was also cast as Joe Hardy in 1956'sThe Hardy Boys: The Mystery of the Applegate Treasure.

In 2006 Considine and Kirk were honored with the title of Disney Legends for their extraordinary contribution to the Walt Disney Company. During the ceremony, the late actor said, "I want to be remembered for my Disney work, like Swiss Family Robinson and Old Yeller." He also recalled a childhood encounter with Walt Disney who was with the gossip columnist Hedda Hopper at the time. "He put his arm around me, and he said, 'This is my good-luck piece here,' to Hedda Hopper. I never forgot that. That’s the nicest compliment he ever gave me," he shared.