The film is based on a 2016 novel by Paulette Jiles and will be helmed by Paul Greengrass who also directed Hanks in Captain Phillips. 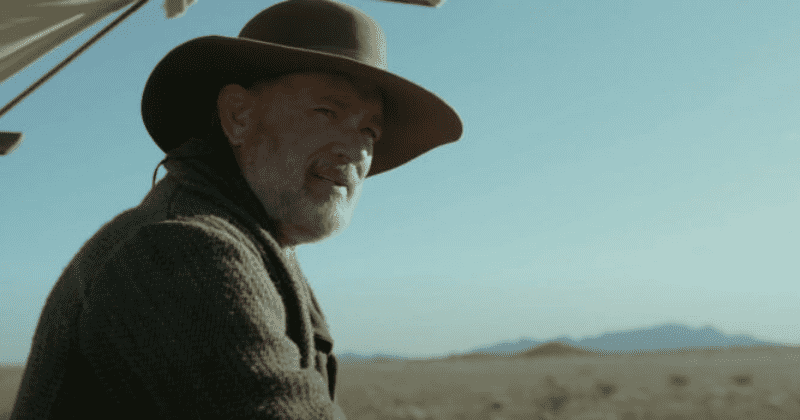 Tom Hanks has had his fair share of playing rough and serious roles. When he's not running around the world as Professor Robert Langdon, he has found himself in many a precarious situation. From the nightmarish beaches of Normandy in Saving Private Ryan to the dense booby-trapped jungles of Vietnam in Forrest Gump to the dangerous waters off Somalia in Captain Phillips, Hanks has portrayed a wide array of characters that are knee-deep in enemy territory. However, his next venture is something that he may feel extra special about as the film takes place right here in America.

Daily Mail reports that for his upcoming movie News Of The World, Hanks will play an old man in the Wild West, as revealed by a new teaser trailer for the movie. The film is based on a 2016 novel by Paulette Jiles and will be helmed by Paul Greengrass who also directed Hanks in Captain Phillips. In this upcoming feature, Hanks will play a captain once again - Captain Jefferson Kyle Kidd who is out on a mission to retrieve a young Texan girl kidnapped by the Kiowa tribe. The little girl's name is Johanna in the movie and will be played by German child actress Helena Zengel.

The plot follows that her parents were murdered by the Kiowa and she is taken captive. She is then raised by the tribe and slowly becomes attached to them. But her aunt and uncle hire Civil War veteran Jefferson (Hanks) to find her, rescue her and bring her back to Texas. When Hanks finally does end up finding Johanna, he is astounded to see that she is so immersed in life among the Kiowa that she does not even understand English. Jefferson, whose post-war job is to read newspapers aloud to townsfolk, can be seen doing the same for Johanna in the teaser's opening scene.

Watch the first teaser for 'News of the World,' the new drama from director Paul Greengrass, starring Tom Hanks in his first Western. https://t.co/J7RCMNQsow pic.twitter.com/PpvFweCQuK

"You see all those words? Put 'em all together and you have a story," says Jefferson prompting Johanna to repeat: "Story." Later on, in the same teaser, he is seen driving a wagon while trying to get little Johanna back to her relatives. She, on the other hand, can be seen riding a horse effortlessly beside him, a stark contrast between the modern American man and the tribal native girl. "Well, you can certainly handle a horse,' he marvels at her, to which she says: 'Horse' indicating she has picked up the new word. "Captain,' she then says, and Jefferson seems pleased at this, pointing at himself and saying: "Make no mistake - captain."

The first look at Tom Hanks’ first-ever Old West film, ‘NEWS OF THE WORLD’, has been released.

The film follows a widower who travels through the Texas desert to perform a one-man show about true stories from afar.

Throughout their journey, they manage to run into quite a bit of danger. They encounter and brave a sandstorm that even appears to separate them at one point. Jefferson can be seen desperately bellowing: 'JOHANNA!' as the little girl is spotted in silhouette some distance away. They also find themselves waylaid by a group of gunmen who inform Jefferson that the 'road's closed' and when he asks: "Is that the law?" they reply: "It is now." The teaser also shows a leering man who tries to buy the child from Jefferson and snatches of footage also depict the aged captain defending himself with a gun.

"She ain't worth dying for!' an unidentified male voice tells Jefferson but he insists: 'You can't have her and I'm taking her home!" The teaser was epic and we are all pretty excited about the movie's release. So, with the ongoing coronavirus pandemic and lockdown, the advertising on the movie stated that it will be released on Christmas Day. Earlier this year, Hanks and his wife Rita Wilson came down with COVID-19 while in Australia where he had gone to film a biopic of Elvis Presley. We are pretty glad that they have recovered and are back in America as Hanks has resumed doing what he does best.

Watch Tom Hanks As A Civil War Veteran/Cowboy In The First Teaser For 'News of the World'https://t.co/laRepAIa7C pic.twitter.com/SWwJGdONsG