Tom Hanks Questions Patriotism Of People Who Don't Wear Masks: "Are they Americans?" 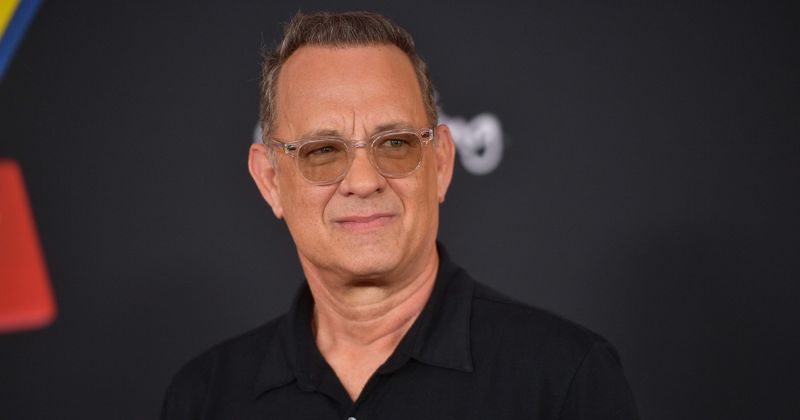 The number of videos of Americans refusing to wear masks because it curbs their "freedom" or "rights" is absolutely astounding. As someone who was tested positive for the coronavirus, and has since recovered, Tom Hanks knows the struggle first-hand. Therefore, he is gobsmacked when people refuse to wear masks despite protocols given by health officials, and can't even bring themselves to do the bare minimum. According to EW, he even questioned their patriotism.

"Are they Americans?" the Oscar winner asked Stephen Colbert on the Late Show on Tuesday night. "I don't get it." Wearing a mask, washing your hands, and abiding by social distancing measures, he added, is "literally the least you can do." As we reported earlier, the actor was in Australia for the pre-production of Baz Luhrmann‘s untitled Elvis Presley biopic when he and his wife Rita Wilson tested positive. The 64-year-old shared his update with his fans once writing that they had: Covid-19 and are in isolation so we do not spread it to anyone else. There are those for whom it could lead to a very serious illness. We are taking it one-day-at-a-time. There are things we can all do to get through this by following the advice of experts and taking care of ourselves and each other, no?

"The idea of doing one's part should be so simple: wear a mask, social distance, wash your hands."

Having experienced the effects of Covid-19 firsthand, Tom Hanks is urging people to do their part in preventing the virus from spreading even further. https://t.co/G8RoaoW9Cr

Thankfully, the couple was able to return to their home in Los Angeles in late March. Hanks told Colbert, his bones "felt like they were made of soda crackers." Hanks understands the importance of protecting yourself and others. "Honestly, if you drive a car, you think it’s your constitutional right not to use your turn signals?” Hanks later asked. "You should use your turn signals 'cause otherwise you might run into somebody, somebody might run into you, right? You want to obey some aspect of the speed limit, right? You don’t want to go 120 miles an hour in a school zone. You slow down, right? You try not to hit buildings and pedestrians. You give that a shot, don’t yah? Isn’t that the least you can do when you’re driving a car? I think the least you can do in the United States of America and around the world is wear a mask, wash your hands, and keep your distance. Holy smokes!"

Hanks also gave an update on how he and Wilson were doing months after their diagnosis. "Oh, as the canaries in the coal mine for the COVID-19 experience, we are fine," he said, according to PEOPLE. "We had about 10 days of very uncomfortable symptoms. Not life-threatening, we’re happy to say. We were isolated in order to keep an eye on ourselves because if our temperatures had spiked, if our lungs had filled, if any number of things had gone wrong with this, we would have needed expert medical care. We didn't. I guess we were model recoverers from COVID-19, but we were also isolated so that we would not give it to anybody else that we came in contact with, and since then have been doing the same isolating, social distancing that is being asked of the world so, we are fine."

At the press conference to promote his upcoming movie Greyhound, he advised others to strictly follow health protocols. "There’s really only three things we can do in order to get to tomorrow: Wear a mask, social distance, wash our hands." Those things are so simple, so easy, if anybody cannot find it in themselves to practice those three very basic things – I just think shame on you," he added. "Don’t be a p----, get on with it, do your part. It’s very basic. If you’re driving a car, you don’t go too fast, you use your turn signal and you avoid hitting pedestrians. My Lord, it’s common sense."

According to EW, the award-winning actor is looking to the unified effort during World War II as a model mindset to contain the pandemic. "What has lingered here is this societal question really of doing our part," Hanks said. "Not everything I say has to be tied to somehow the war effort back during World War II, but there was a sensibility that permeated all of society, which was do your part, we're all in this together. I think a huge majority of Americans get it," he said in regards to taking precautions. "There's no law against ignorance, it's not illegal to have opinions that are wrong. There is a darkness on the edge of town here, folks. Let's not confuse the fact, it's killing people. I don't know how common sense has somehow been put in question in regards to this."