Tom Hanks will be joining hands with Robert Zemeckis after working together in Cast Away, The Polar Express, and Forrest Gump. 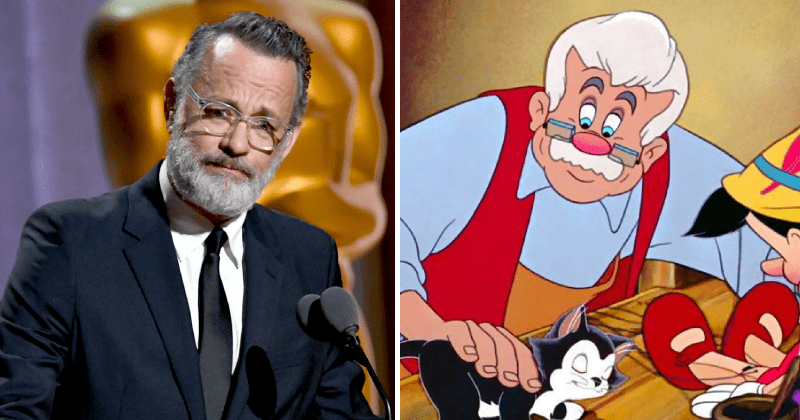 Pandemic or not, Disney is rolling out plans for more live-action remakes and Tom Hanks is likely to feature in one of them. Disney and director Robert Zemeckis are holding talks with America's favorite actor to cast him as Geppetto in the live-action reboot of Pinocchio. According to Deadline, Robert Zemeckis, who's been chosen to remake to classic, sent a script to Tom Hanks and the actor loved it. The Cast Away actor loved it so much that he personally reached out to Zemeckis and let him know that he wanted the part. The script for the live-action classic is written by Zemeckis along with Chris Weitz.

Initially, director Paul King was attached to the project but was replaced by Robert Zemeckis. Interestingly, Disney wanted Tom Hanks to play Geppetto even when Paul King was penciled in to direct the movie. Zemeckis also backing Tom Hanks to play the crucial role is no surprise considering the duo have worked together in some of Hanks' classics like Cast Away, The Polar Express, and Forrest Gump. Robert Zemeckis and Tom Hanks won Oscars for Forrest Gump, so that's a winning combination right there. Tom Hanks was one of the first celebrities reported to have contracted Coronavirus but he recovered in no time. He was filming an Elvis Presley biopic in Australia when he contracted the virus. He was also in the news recently for becoming a Greek citizen.

The original Pinocchio cartoon, based on children’s novel by Carlo Collodi The Adventures of Pinocchio was released in 1940. Pinocchio was the second animated film made by Disney. A Pinocchio musical was also made for TV in 2000 and featured Drew Carrey and Julia Louis-Dreyfuss. The classic children’s tale tells the story of a woodcarver named Geppetto who makes a wooden puppet come to life. Geppetto longed for a son and hopes Pinocchio can fill that void but for it to happen, Pinocchio must prove himself to be “brave, truthful and unselfish” because only then will he become a “real boy.” Interestingly, Oscar winner Guillermo del Toro is also working on a Pinocchio project. The Mexican director will be creating a stop-motion musical version of the story for Netflix.

Disney's decision to do a live-action adaptation of the classic comes after releasing Aladdin and The Lion King last year. Disney confirmed that its latest live-action remake Mulan will skip the theatres on account of the Coronavirus pandemic and premiere on Disney+ from September but will be available at a rental price of $29.99. The rental price will be in addition to the monthly subscription price for those who already have Disney+. Mulan was originally intended for release in the US in March but Disney postponed the debut because of the pandemic. The release date was then pushed to July, before eventually deciding not to release it in theatres. Disney CEO Bob Chapek said he was looking at Mulan as a one-off case. "We're looking at Mulan as a one-off as opposed to say there's some new business windowing model that we're looking at," said Chapek, reported People.