The 51-year-old announced her guest appearance on the latest episode of the 'Chrisley Confessions' podcast. 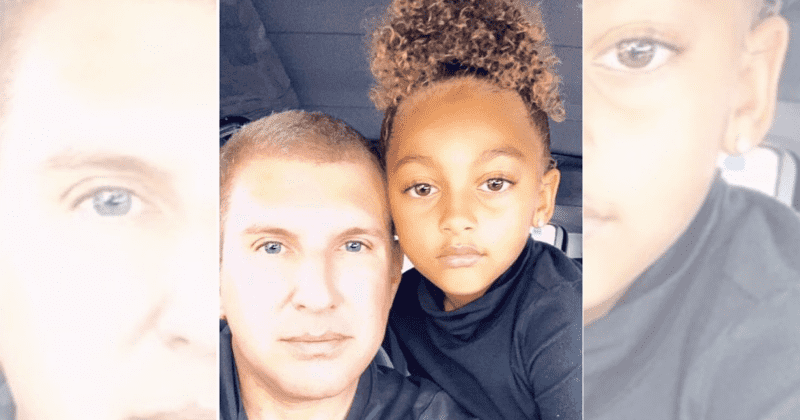 While conversations surrounding race and racism are garnering more attention in the wake of Geroge Floyd's death, Todd Chrisley is not having any time for racist remarks. The 51-year-old recently shared a photo of himself and his granddaughter Chloe to announce the 7-year-old's guest appearance on the latest episode of the Chrisley Confessions podcast, reports PEOPLE. He wrote in the caption: Silent Racism, I Love How God Made Me, and It’s Enough. Today I am joined by surprise guest Chloe for a conversation about race and racism in America. Plus your questions about how the show affects regular life.

Most users left kind comments under the photo. Mrsa1201 wrote: Chloe is so adorable!! But it’s her beauty from within that we all Love!! She lights up a room.God bless & keep you all safe always is my prayer. mornintoya added:I adore this little lady! Todd, please give her hugs for us from southern Nevada. We are Caucasian. When we look at her, we see a beautiful, adorable, lovable young lady who anyone would be proud to have in their family. We do not see a black child first. We see deeper; we see a perfect child created by God; He is good.

However, one user left a nasty remark: Im sorry I don't like it marry your own color it really screws up the kid. Chrisley, instead of getting angry or blocking the user, decided to take a moment to educate the troll. He replied, saying: Hello Patti, I hope that the lord lets you live long enough to see that color doesn't screw kids up, but ignorance and hate most certainly will. I will pray that God tempers your heart and that he grants you clarity.

Chloe is the daughter of Chrisley's son, Kyle. Chrisley’s daughter Savannah, 22, who is Chloe’s aunt and Kyle's half-sister, recently spoke about the fear she said she feels for her niece’s future because of the color of her skin. She clarified to anyone who had doubts as to why she wasn't speaking up against racism. In a lengthy post, according to FOX News, Savannah wrote: I have gotten some comments about why I haven't addressed what's gone on in Minneapolis...of course a lot you say 'oh she's a privileged white girl...' but frankly YOU HAVE NO IDEA WHO I AM!!” I have conversations about it and I'm trying to process it myself. My dad and I sat and had a lengthy conversation about it and we were heartbroken and scared for Chloe's future. We live in a world where we have to teach her to be EXTRA cautious around police officers because of the color of her skin...IT HAS TO STOP!! I have ALWAYS and WILL always stand up for what is right. Yes...it took me a few days to comment but that's because I was struggling with it myself. I do believe that something good will come through this heartache that we are all feeling together,.George Floyd will forever be remembered.

A week ago, Savannah mentioned that her father had been diagnosed with the coronavirus. She wrote: At one point I fell on my hands and knees and begged God to not take him..to not take my bestfriend..I would give everything I had if it meant keeping my daddy. I was so desperate that I dropped photos of our family off at the hospital and said “If he sees these I know he’ll keep fighting!” So I guess the point of me telling u all this is so that u take it seriously...STAY HOME! SOCIAL DISTANCE! And most importantly..LOVE HARDER THAN EVER

In 2017, the Chrisley Knows Best star said that his granddaughter would be part of the show. “Chloe is our family, and we are glad that the world gets to see such a beautiful child grow, explore and come into herself so brilliantly through love and respect,” he told Us Weekly in a statement. At the time, the then 4-year-old appeared on the show from season 1 to 3. Chrisley and his wife Julie have custody of Chloe. The little girl has been raised by her grandparents after they petitioned to gain custody when she was 6 months old, due to Kyle's struggles with substance abuse.