The three sisters had different due dates set across July but they all gave birth on July 3 within a span of 5 hours. 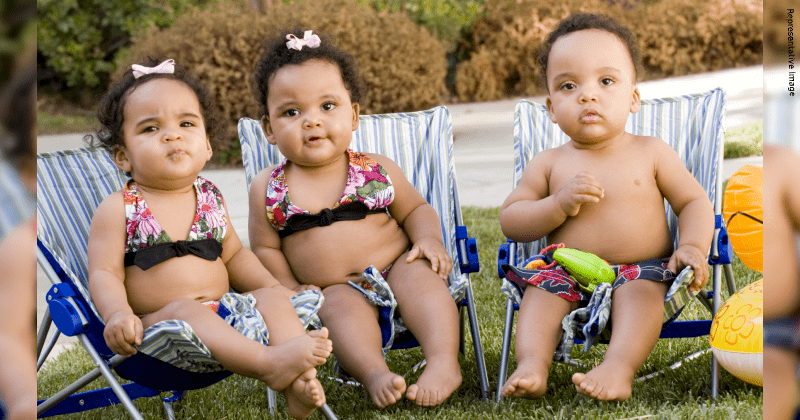 When Daneesha Haynes, Ariel Williams, and Ashley Haynes—three sisters—became pregnant, the chances of them delivering on the same day were one in 50 million. As luck would have it, all three sisters delivered their babies on the same day, despite having different due dates. All three of them gave birth on July 3 within the span of four-and-a-half-hours at Ohio Health Mansfield Hospital, reported The Mansfield News. All of them had different due dates set across July but ended up giving birth on the same day.

The three sisters had their labor induced by the same obstetrician, Dr. Edroy McMillan. "It was a blessing. It's amazing," said 25-year-old Daneesha. "This kind of blew everybody away." The three sisters had a free lunch at stake when racing to deliver their respective babies. Daneesha revealed that a close family friend had promised to buy lunch for the first sister to deliver their baby. "We were in a race. Once we had our water break, I was just trying to be the first," said Daneesha, but Ariel would beat her to it. Daneesha's 20-year-old sister Ariel gave birth to Sincere Young at 10.10 am, the first of the three babies. She weighed 8 pounds, 2 ounces. "I have a daughter named Serenity, and I wanted a similar name," said Ariel, explaining her daughter's name."I didn't win the lunch, and I was the hungriest," said Daneesha. She also revealed that the hospital staff often got them mixed up as they often turned up for appointments in the run-up to the delivery.

Three Mansfield sisters gave birth to their babies on the same day and just hours apart from each other https://t.co/sxee4bVlel

Daneesha would also miss out on the second position as her elder sister, 27-year-old Ashley gave birth to a son, Adrion Haynes, four days ahead of schedule at 11:26 a.m. Adrion is also Ashley's fifth child and weighed 6 pounds, 10 ounces. "I was already 2 centimeters dilated and about to be in labor. The epidural didn't take," said Ashley of her delivery. Finally, Daneesha would get her turn. She was penned down for delivery almost a month later, but her daughter, Emrie Haynes, decided to turn up early. Daneesha delivered at 2:43 p.m., weighing 4 pounds, 14 ounces. "I was due July 23, but I was high risk," said Daneesha, explained that she had made the call along with the doctors. "She had to be taken three weeks ahead. They said smaller babies can't handle the birth process as well," said Daneesha. "I was hoping and praying that I didn't have to do the C-section," she added. While Emrie had to undergo a few tests at the hospital on account of the early birth, she was discharged from the hospital along with her mother.

Within a matter of 5 hours, Deborah Ware's grandchildren count had gone from 11 to 14. Deborah said Emrie might be the smallest for now but will leave her other cousins in the shade. "She's the smallest, but she's going to pass everybody up. You watch," said Deborah. "I'm just really excited to see what the future holds for us," said Daneesha.

In a similar incident in 2018, identical twin sisters gave birth to sons on the same day. Jalynne April Crawford and Janelle Ann Leopoldo gave birth to their sons Bryson Ryder and Jace Alan on the same day on June 18, reported PEOPLE. They got pregnant within four days of each other and they felt it was a sign. “It’s making me tear up right now. I was like ‘this is God’s way of answering our prayers,'” said Jalynne at the time. “We knew we wanted to have it on the same date,” said Jalynne, before adding, “We’re going to remember this for the rest of our lives.”