In another first, New Mexico also became the first to elect women of color in the US House of Representatives. 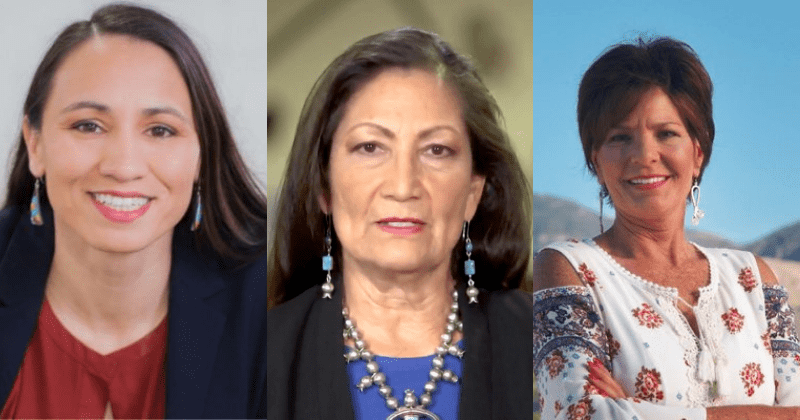 The 2020 elections have created plenty of firsts already even as the country eagerly awaits for the presidential winner to be announced. The 117th Congress will see a record number of Native American women at the House of Representatives after three of them were elected into the lower house of the parliament. Democrats Deb Haaland, a Laguna Pueblo member from New Mexico, and Sharice Davids, a Ho-Chunk Nation member from Kansas retained their seats after they became the first Native American women to be elected in 2018. The duo is joined by Yvette Herrell, a Cherokee who won for the Republicans after beating the incumbent Xochitl Torres Small, a Democrat, for her New Mexico congressional seat, reports The Guardian.

Six Native Americans have been elected to the House of Representatives, setting a record: https://t.co/R6clUczx0z I hope they'll be able to chip away at the enormous inequities in America involving native communities in education and health care.

The wins for two New Mexico woman—Herrell and Haaland is especially monumental because the state is the first ever to have two indigenous women as Congressional delegates. In addition, the state also became the first to elect women of color as all three of its delegates in the US House of Representatives. As per a Center for American Women and Politics (CAWP) report, the election was a historic time for women in general, and even more so, in the case of Native American women as 18 of them contested for Congressional seats in 2020 - a record in a single year. The aborigines made up 2.6 percent of all women running for Congress this year, which is the highest percentage seen since 2004.

There are now 5 Native Americans in Congress—3 women and 2 men. The newest member is Yvette Herrell, a Cherokee citizen who won in New Mexico, whose delegation now consists of two Natives same as Oklahoma

Speaking after the victory in a watch party, according to Kansas City Star,  Davids said: "I know this campaign didn’t look the way we thought it was going to or that we imagined it would but even in the face of this pandemic, American democracy, it moves ahead." Haaland meanwhile spoke to Vogue and thanked her constituents for trusting in her again. "I’m very happy and proud that the voters of the First Congressional District once again elected me to represent them. There’s a lot of work that’s yet to be done before this term ends. I will be continuing a lot of work that I started into the 117th Congress. If we didn’t get legislations passed, we’ll need to start all over again, so we’ll be busy reintroducing bills and so forth."

Power to the Original American People👏❤️🤍💙
I understand there are now 3 Native Americans in our new Congress.
Perhaps things will finally begin to change & bring them into the American fold of awareness & profound success🇺🇸🔔 https://t.co/BZeqOSkpNl

The US parliamentary houses had only four Native Americans up until 2018, all of whom were men, until Haaland and Davids were elected in 2018. In yet another first, Stephanie Byers of Kansas, who is Chickasaw and a retired teacher, became the state's first transgender lawmaker after she won her race for a seat in its house of representatives. In a statement after the victory, Byers said: "We’ve made history here. We’ve done something in Kansas most people thought would never happen, and we did it with really no pushback, by just focusing on the issues."

Again in Kansas, a Navajo Nation member Christina Haswood became the youngest person in the state legislature at just 26. Meanwhile, a third member of the Kansas house, Ponka-We Victors, a Tohono O’odham and Ponca member, won her re-election campaign. According to Indian Country Today, the US House of Representatives will have its highest number of indigenous representatives after Tuesday's election. So far six candidates won the elections including Haaland, Herrell, and Davids. Tom Cole, a Chickasaw, and Markwayne Mullin, a Cherokee, both from Oklahoma also won their re-elections while Kaiali’i "Kai" Kahele, a Native Hawaiian, won an open seat for Hawaii.

The US needs more Native Americans in Congress. It could happen this time around. https://t.co/1gar3GUM46