Alternative Learning Center from Dubuque, Iowa, offers students a choice to do various activities towards the final two weeks of school and that will be added to their physical education credits. 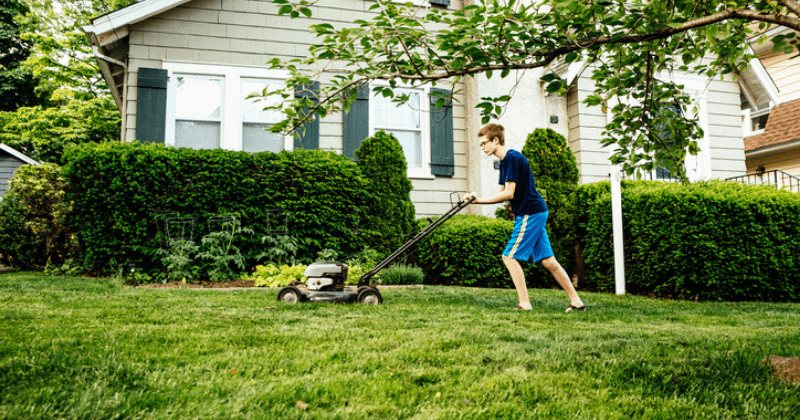 When the summer months approach we often see people doing yard work across the country. However, that's not always possible for everybody, especially the elderly community that cannot do so themselves. That's where this Alternative Learning Center from Dubuque, Iowa, has stepped up. Unlike regular schools, the curriculum offers students a choice to do various activities towards the final two weeks of school and will then be added to their physical education credits. And, volunteering to do yardwork for people in the neighborhood is one of the options to choose from, reports KWWL.

The system is doing amazingly well, according to Tim Hitzler, a teacher at the school who says he and the students are out helping people with a range of outdoor tasks. Speaking to the outlet, he said: "The students and I and other students come out and help them. Could be raking leaves, pulling weeds, cutting grass, cleaning gutters, just depends on what they need." Hitzler explains that the curriculum added yard work as an option for the kids to receive credit because it was a two-pronged approach and a win-win for both parties involved as both the students and the people getting the work benefit from it. "The students aren’t typically too excited at the beginning," he continues, "but once they get involved and start doing the yard work they become more motivated. What they really like is A: helping people. They really like giving back to people and meeting the person.” This unique system solves the immediate problem of getting chores done for people from various communities, gives the students the much-needed physical exercise, and most importantly they tend to develop a sense of service for the locality, which in turn will keep them connected with the ground realities for years to come.

According to the Telegraph Herald, the school has been encouraging students to do more than just chores if recent news is to be believed. Back in June this year, the children finished building a 160-square-foot home alongside industry professionals as part of their coursework, which was put up for sale later. Officials at the Foundation for Dubuque Public Schools are facilitating the sale in a bid to raise funds for future project-based learning initiatives in the district. In a conversation with the publication, Amy Unmacht, executive director of the foundation said: "As a whole, we are very pleased with being able to produce something of this quality and also to get our students a taste of the trades and see if that was a field they would maybe want to enter."

The house is said to be outfitted with high-quality roofing and siding designed to withhold Midwest winters and has a solar array, heating, cooling, plumbing, electricity, onboard water, and waste storage. The residence is built on a trailer which helps in moving it from place to place and even has ample storage area with about 49 square feet of loft space. Unmacht adds that the students weren't on campus to complete the interiors of the home due to the pandemic and that the buyer would need to have appliances and cabinets outfitted. "It would be best for someone who is able to do some of that work on it, and that’s one reason why we’re selling it at the price we are, because there is some work, but everything has been purchased and will be sold with the tiny house," Unmacht said.

Chris Oberhoffer, the assistant principal of the ALC program, said the house was built over the last two years excluding the one year spent designing the project before construction could begin. The program primarily caters to 11th- and 12th-graders considered at risk of dropping out of school and offers an alternative to traditional high schools. He added that the program allows students to work alongside industry professionals to learn about the various different lines of work while building a house in this case. The connection that students build by linking their classroom learning and on-field work is extremely excitable for them, he adds. "That just brought a whole other level of experiences for these students."